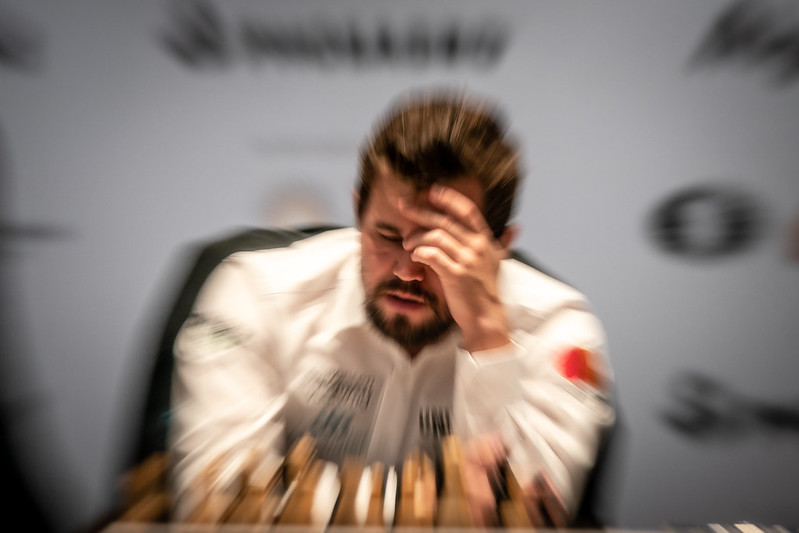 The most exciting part about Game 7 came from the above photo by IM Eric Rosen. It’s probably how Nepo saw Carlsen after starting their second game of the day. Last night’s epic battle, finished at 12:17am after nearly eight hours of play.

In the press conference, there were questions about the fatigue factor, but neither player seem to use that as a reason for the quick draw. The game was rather uneventful after another Marshall, the fourth. The game had no complications and was drawn quickly.

This is not going to be the longest or most exciting game of the match but I think the players are excused after yesterday's slugfest. #CarlsenNepo