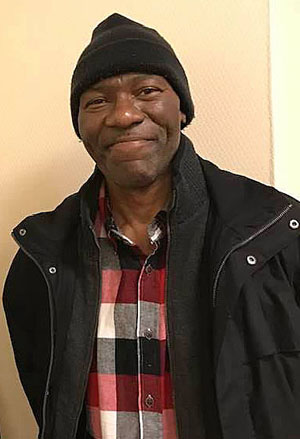 There is a unique power in humility. It has an endearing quality when one wears it. It puts us at ease but also empowers. It is the trait that Jerome Works carried with him until his last words this past Sunday, September 5th, when he succumbed to cancer at age 66. Philadelphia loses a soldier, but he fought a hard fight and remained upbeat in his final days.

Born April 1st, 1955, Jerome attended Philadelphia Public Schools and later became a fixture in the city’s chess community. He would play chess games with random people for stakes and looked at it as providing paid lessons. Later, he became a long-time manager and tournament director at the Franklin Mercantile Chess Club. Jerome would be seen at the annual World Open, socializing and enjoying fellowship with other players. He played primarily in local tournaments and held a “Class A” rating for most of his adult playing days. He was a devotee of the French Defense (1.e4 e6) and was known as a fierce fighter. 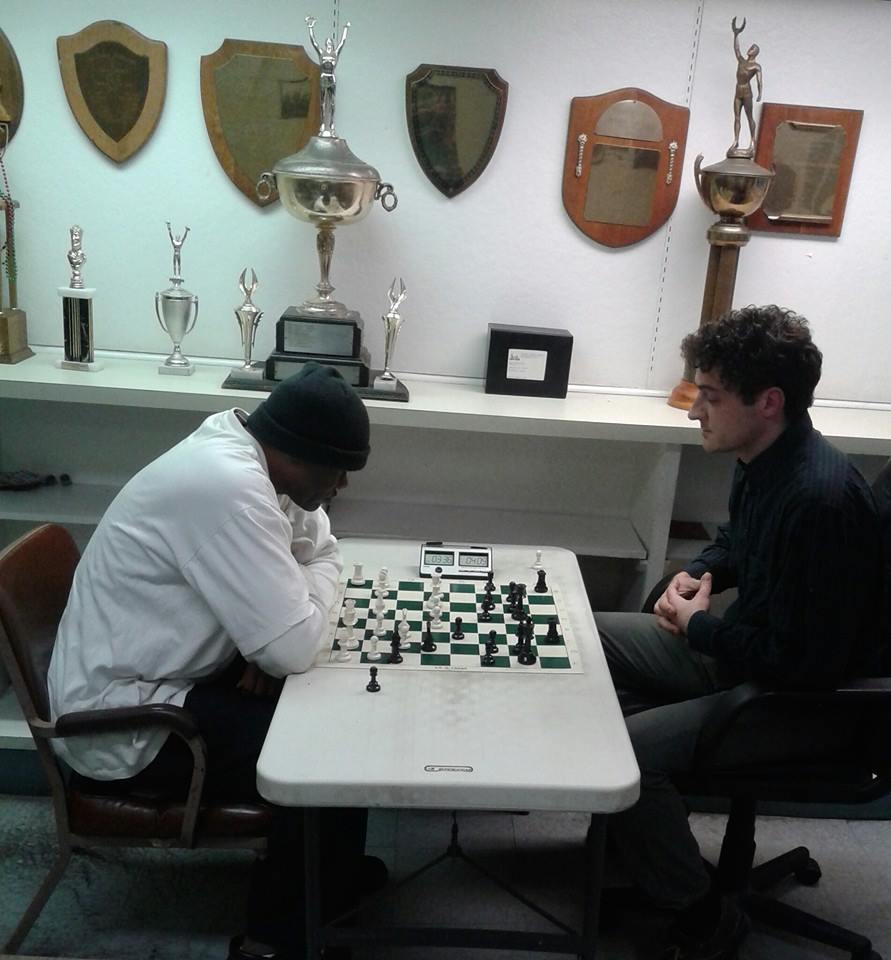 His sister Shirley Leaks remembers her younger brother as a reserved person with a generous heart. It is not surprising that some of his fellow chess players have similar memories. A long-time friend and fellow club member Leteef Street reflects,

I first met Jerome when I was in high school and playing in tournaments at the Franklin Mercantile chess club. I attended alone at first and then later with my teammates from Central High, who were playing in some of their first tournaments. I remember how patient and instructive Jerome was with the new players, helping them get acclimated to the club and tournament play. Jerome was a great mentor to many young chess players in Philly over the years.

There was an outpouring of other comments after Keith Thompson announced Works’ passing on his Facebook page. Bruce Cox left these words…

I am deeply saddened by the passing of our Distinguished Brother, Jerome Works. Jerome and I go Way back, to when the Franklin Mercantile Chess Club was on Chestnut Street. We enjoyed many all night battles with Al Laurencin, Joel Benjamin, and other esteemed Chess Players of Philadelphia. I remember clearly how Jerome would play the Winawer variation of the French Defense against me. These battles were Epic. 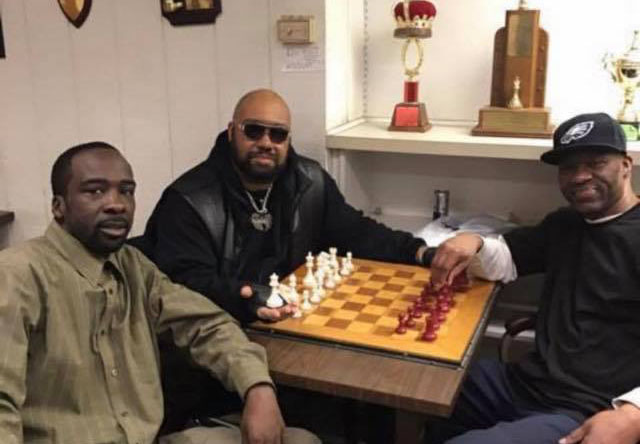 Jerome received a cancer diagnosis three years ago and went to Massachusetts to live with his sister Shirley Leaks, who aided him in his care. They had an older brother Robert-Richard Carr who was a well-known Bishop at Ephesian Church of God in Christ in California. He preceded Jerome in death in 2015 at age 67.

Jerome was a friend of The Chess Drum and kept in touch in the past years of his life. In 2018, he had major surgery and asked me to keep him in prayer. My personal interactions with him were few, but particularly in the last few years, he expressed his appreciation of The Chess Drum and purchased a copy of Triple Exclam, the biography of International Master Emory Tate. 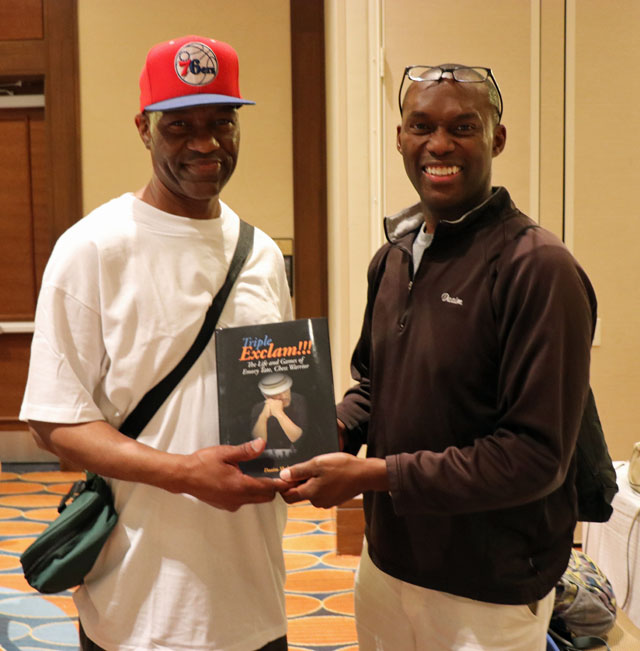 With Jerome Works after buying his copy of Triple Exclam!!!
Photo by Daaim Shabazz/The Chess Drum

The last two weeks of his life he entered hospice care when his cancer treatments had run their course. While on pain medications, he still had enough energy to write inspiring words just before his passing. Keith Thompson relayed his message:

Remember, always keep your shields up for protection from the evil spirits…..they come in many shapes and sizes….never, ever let your guard down….yes, we depend on our LORD and SAVIOR for protection, God teaches his children to stay in his word, so we can and will be prepared at all times…

His sister mentioned that there would be a private ceremony, but the chess community was welcome to hold a memorial. It is unfortunate that only at the time of one’s death do we learn the totality of their life. However, it is when we all get together, and share stories do we then see the beautiful mosaic of that precious life.

Best of wishes to Shirley Leaks and the surviving family members. 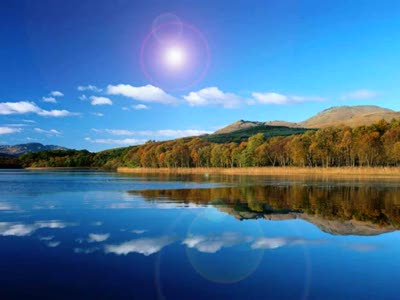