Back in December, when the world was grappling with the COVID-19 pandemic, Senegal was hosting its National Open qualifier to determine who would compete in the National Championships. The seven-round Open Swiss tournament attracted 44 participants and had a time control of 60 minutes. The event took place at the Cours Sainte Marie De Hann from December 4-6, 2020. Those Senegalese players placing in the top ten qualified to play in the Senegal Closed National Chess Championship. 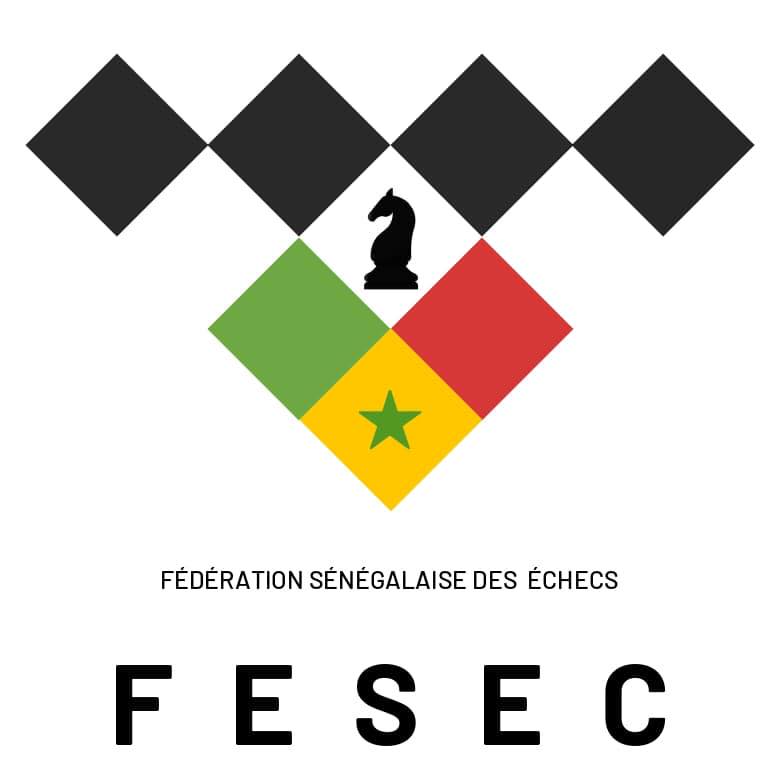 Mansour Gbedo Sy won the National Open and would come into the championship riding high on confidence. Amadou Lamine Cissé only placed 8th in the National Open, but this would be his tournament. The 2020 championship was postponed until a definite date could be set. Finally, the Senegalese Chess Federation scheduled the championship to take place in the nation’s capital of Dakar at the National Arena de Lutte, June 11th-20th. The time control was a bit more generous with 90min/40 moves + 30min + 30s. 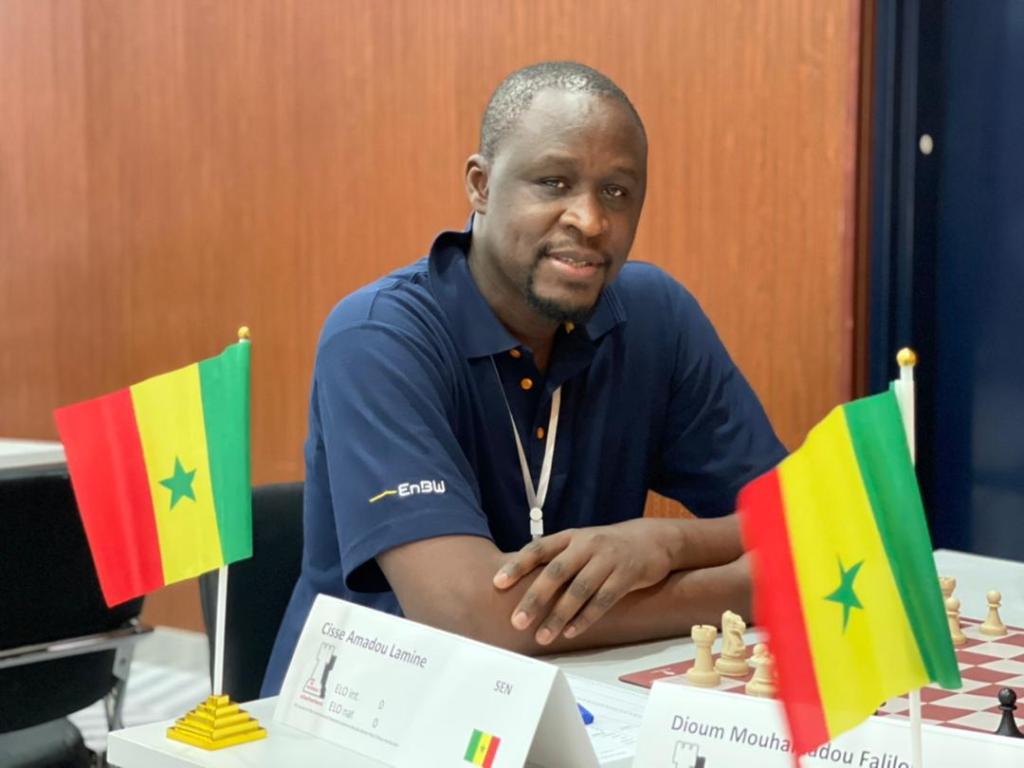 The result was surprising. Lamine, who doubles as the President of the Senegalese Chess Association, won the title with a scintillating 9/9. Of course, this score bring memories of Robert Gwaze’s 9/9 performance at the Bled Olympiad in 2002. Lamine’s performance may not have been on the Olympiad stage, but being a national champion is a magnificent achievement. Here is his game against Dioum:

Mansour Gbedo Sy, the country’s highest-rated player, took the second spot with a fantastic 7.5/9. A score of +6 would normally be enough to win a national champion, but Cisse’s performance was unmatched. To show the dominance of both Cisse and Sy, the rest of the field was no less than two full points behind! 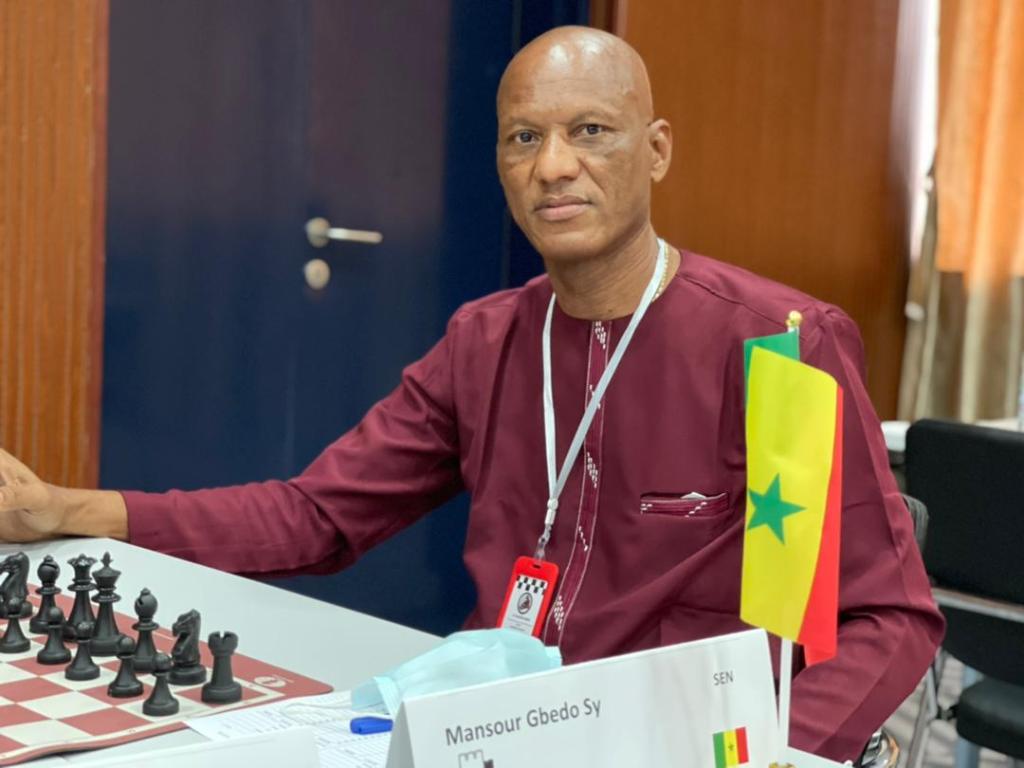 Mansour Gbedo Sy had previously won the National Open in December but was unable to overcome Cisse’s golden performance in the National Championship. 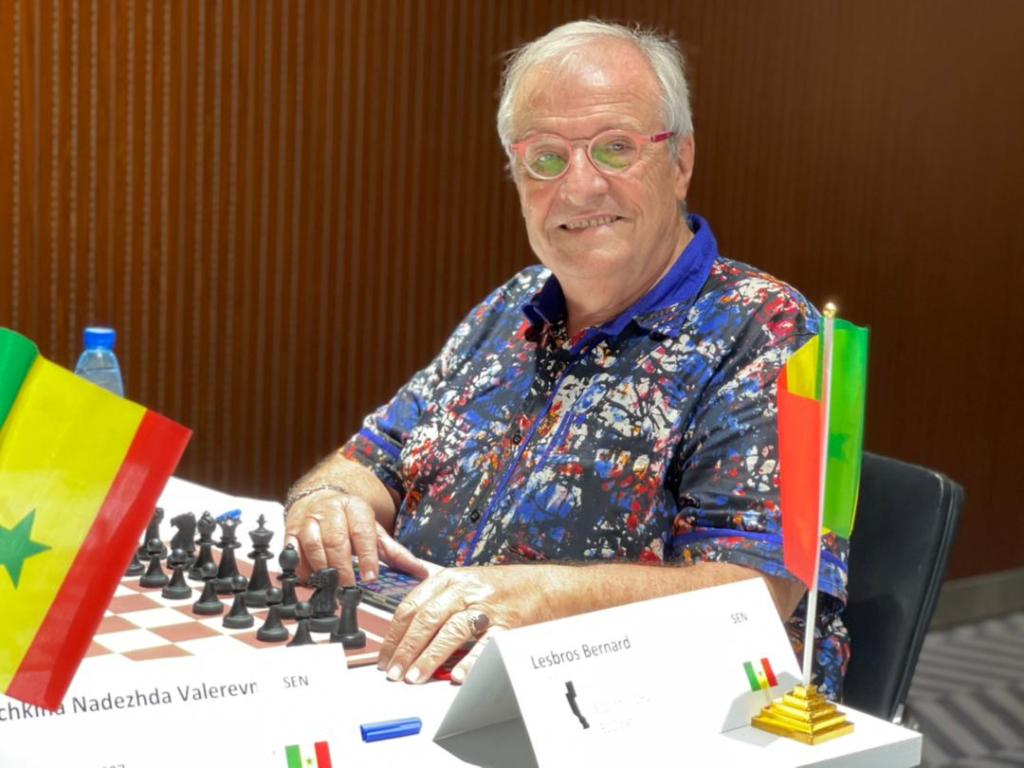 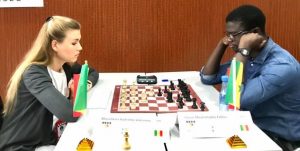 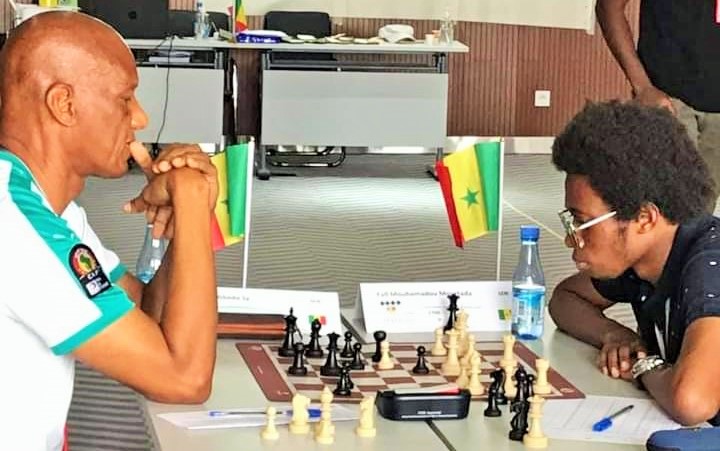 Other noteworthy performances were Bernard Lesbros and Mouhamadou Mourtada Fall, both ending on +2 at 5.5/9. Fall is considered one of the younger talents who will lead Senegal into future battles. Here is his game against Wara Diop which ended on a humourous note:

Women’s chess is still developing in Senegal and there were not enough participants to have a separate competition for girls and women. Perhaps that is the right direction if we want to ensure equality in chess. Oftentimes we assume female chess players are seeking the “W” titles, but why is that a foregone conclusion? Why are African women not actively pursuing the FM, IM, and GM titles? Why are they not competing in the open championships? These are important questions.

Nadezhda Valerevna Marochkina is a Russian immigrant who recently represented Senegal in the 2021 African Individual in Malawi. She was one of five players from Senegal to make the trip and ended on 4.5/9 in the women’s section.

Ironically, Marochkina would be the only woman competing in the National Championship and was (by default) declared the women’s champion. One wonders if the humbling experience the four other players received in Malawi damaged their confidence. Nevertheless, it is a goal that more women will compete in the open format if there will be any hopes of equality. 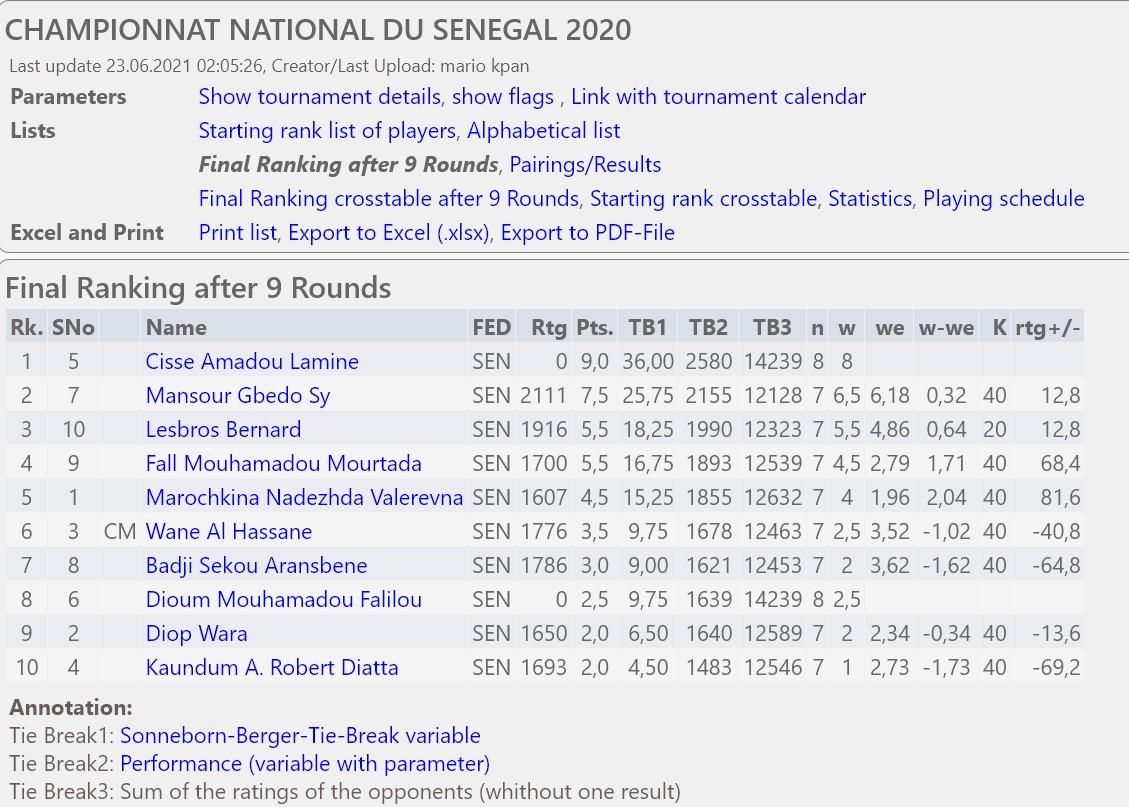