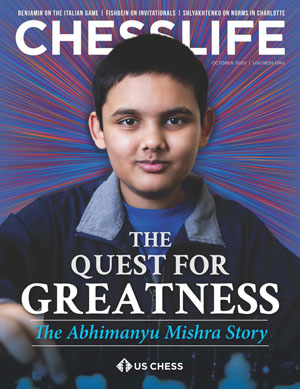 Abhimanyu Mishra was born on February 5th, 2009, and in an interview with FM Jim Eade, stated that he started playing chess at just 2-1/2 years old. After that, he began making history by setting several records in U.S. chess. He became the youngest 2000-rated player (7 years, 6 months), the youngest National Master (9 years 2 months, 17 days), and the world’s youngest International Master (10 years, 9 months, 3 days).

Since earning the International Master (IM) title, he and his family mapped out a plan to go for the ultimate predictor of World Championship material… the youngest Grandmaster in history. He was profiled by GM Maurice Ashley for the cover story in the October 2020 issue of Chess Life. On June 30th, 2021, Abhi earned his last GM norm at 12 years, 4 months, 25 days at the Vezerkepzo GM Mix tournament reaching his goal. 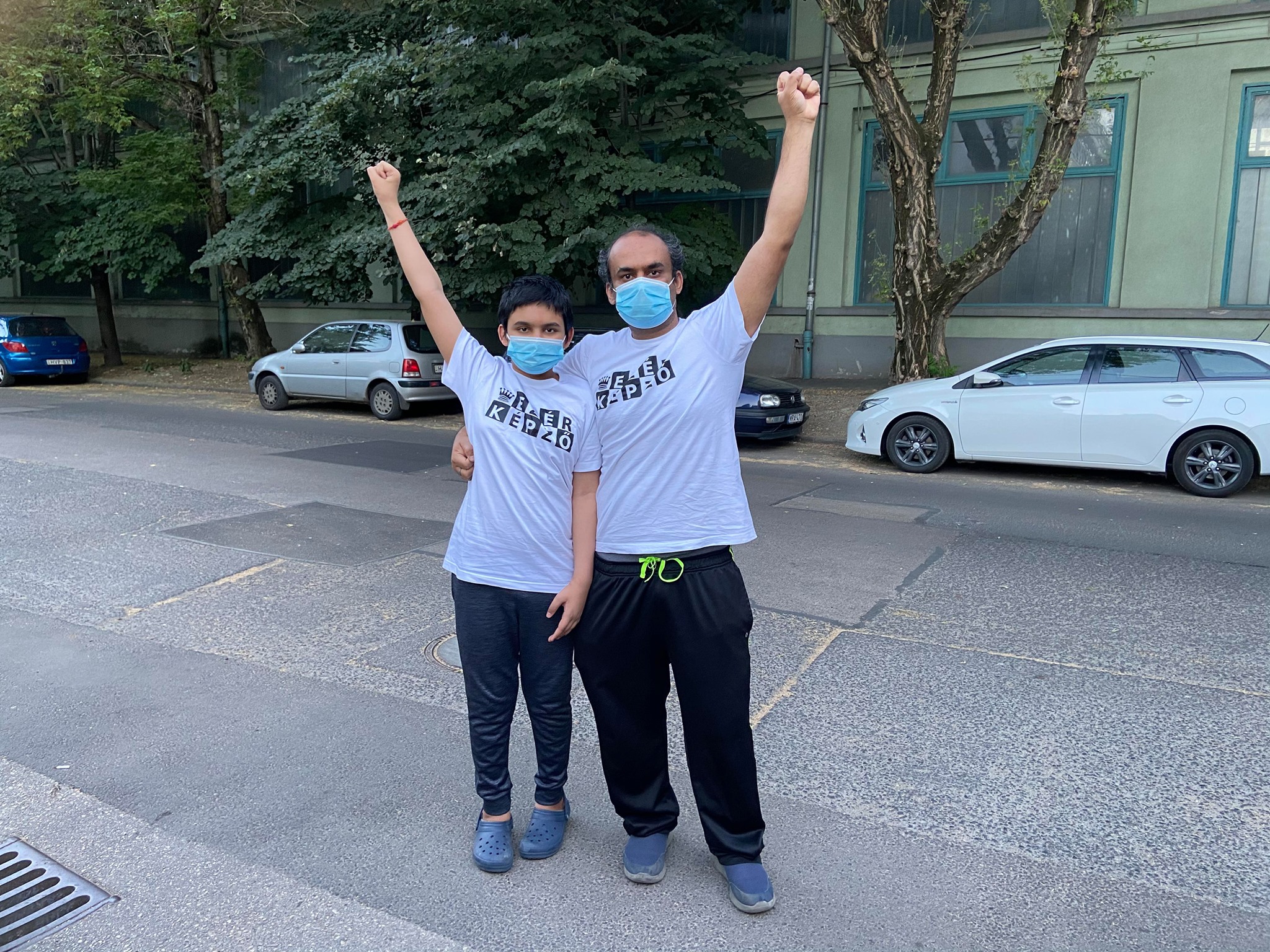 Many years ago, a little boy named Sergey Karjakin earned the age record for youngest Grandmaster. It was in 2002 that the 12-year old Ukrainian boy broke Bu Xiangzhi’s record and later was asked to be part of Ruslan Ponomariov’s world championship team. Karjakin went on to join the elite ranks and then migrated to Russia where he become a world championship contender against Magnus Carlsen.

Over the years that have been many players who had potential to break the age record for Grandmaster title. Most recently there was Parimajan Negi (India), Nodirbek Abdusattorov (Uzbekistan), Javokhir Sindarov (Uzbekistan), Vincent Keymer (Germany), Rameshbabu Praggnanandhaa (India), Dommaraju Gukesh (India). All missed the mark. It appeared that India had the largest collection of young talent, and while they were unable to accomplish it, they may be able to make the claim in an indirect way. Here is the clinching game! 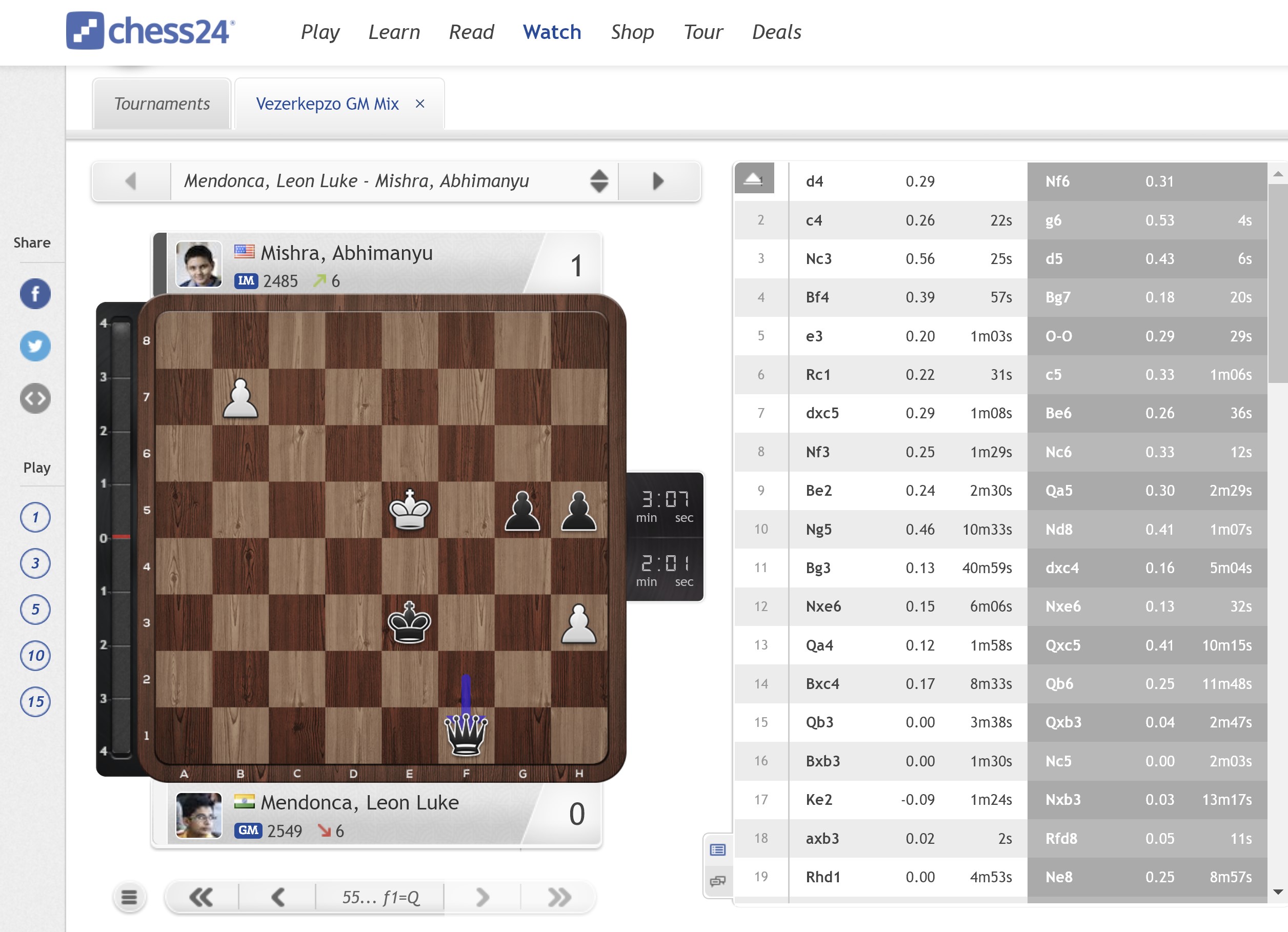 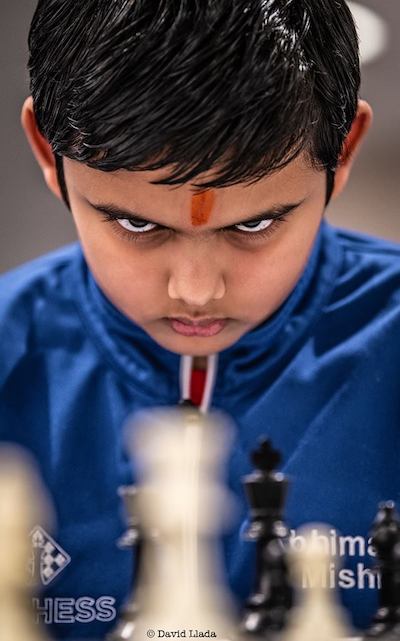 Abhimanyu or “Abhi,” who was born in the U.S., is the son of Indian migrants who left Bhopal, India, and settled in Englishtown, New Jersey. “Everything in our house revolves around his chess,” his mother Swati Mishra was quoted as saying in the Chess Life article. His father mentioned in the same article that he spent 25-30 hours a week to help Abhi develop. In a highly publicized mission last year which included a successful GoFundMe campaign, the Mishra family rallied moral support for their son.

Delayed 14 months by the COVID-19 pandemic, Abhi had until September 5, 2021. So the Mishras decided to move to Hungary in pursuit of Abhi’s goal. It was a tremendous sacrifice and it would remind one of the story of Fabiano Caruana whose family left the U.S. and moved to Europe to further his development and pursue the GM title.

Ahbi’s father (Hemant Mishra) has some words of wisdom:

“He broke the youngest National Expert record by six months, and then he took down the IM record too. In the long run, these records may not mean anything but the belief he’ll draw from chasing down these goals will stay with him for life.”

Very incisive! Parents would not think twice to make endless sacrifices for their children, but perhaps there is a hesitation to push them toward a career path. Hemant Mishra understands that being the world’s youngest chess GM in history will provide Abhi with the confidence to achieve in other disciplines. Chess continues to be used as a platform for other pursuits, but for now the Mishra family will focus on the next goal. The family, including Abhi’s younger sister, will be celebrating this magnificent accomplishment.

Finally checkmated the biggest opponent (ongoing pandemic ) which stopped me for 14 months. Thanks everybody for all your love and support.
Looking forward for World cup. pic.twitter.com/llao5ZMMhC