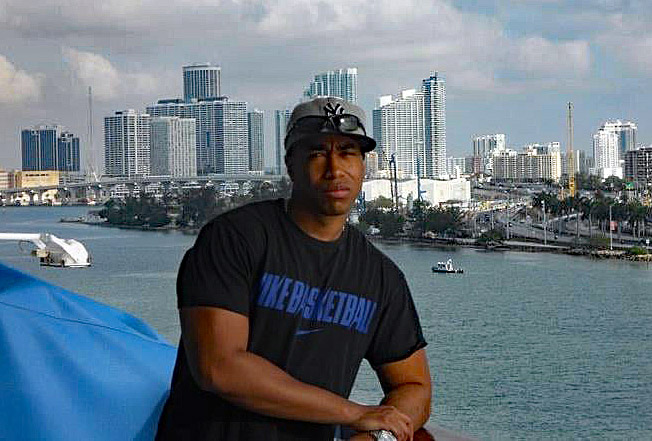 In a year that has been a challenging one for many, the chess community lost yet another servant in chess in the passing of Charu Robinson on October 13th. He was 43. The cause was not immediately revealed but he was found in his apartment by a friend. The previous evening he had been exchanging banter with friends over the New York-Chicago grudge match.

GM Maurice Ashley, who was Charu’s coach, posted a moving message and a photo gallery on his Facebook page.

A native New Yorker, Charu developed a passion for chess early showing promise as a member of the “Raging Rooks,” a team taking 1st in the K-9 National Championships. He was proud to say that his team was joint first with the Philadelphia team that included IM Greg Shahade and Ben Johnson. 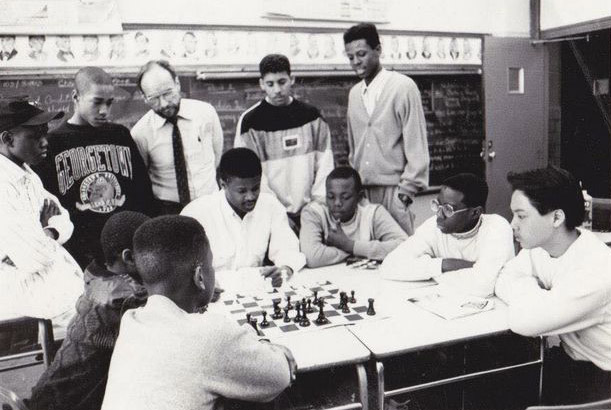 Maurice Ashley in the center demonstrating a game to his “Raging Rooks.”
Charu is standing to the left.

Charu was known as a passionate person who would be eager to initiate a debate on chess, sports, or any news of the day. I remember a debate he initiated with me on Facebook concerning a scholastic player who he felt was “overreported” because he got publicity for winning a lower section.

Yo outside the kid being a young brother, you really think its cool for kids to get mad props for winning low sections ? 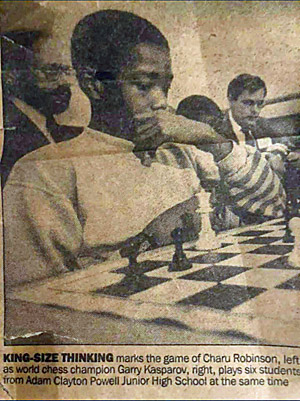 Yes was my answer, but Charu was adamant. He felt that the article may have been rewarding mediocrity. I took a different angle. I explained that the published accomplishments are stepping stones and builds confidence as one improves. One of his points was well-taken. The article in question had several errors which made it appear that the young player had accomplished his success against stronger competition. This is a legitimate complaint.

In many instances, non-chess journalists use words like “whiz,” “expert,” and “master” as generic words. Apart from the worn-out chess puns, this is a common mistake in chess coverage. An article may label someone as a “national champion” when they’ve only score 1st place in a lower section. He agreed with me that this was a matter of journalistic integrity.

Nevertheless, Charu was in his element and wanted to see young players strive for more than mere class prizes. He wanted his students to get the benefits that he enjoyed as a scholastic player. Here he is featured in a segment on his coach Ashley (1:27-2:41).

I met Charu in 2001 at the Wilbert Paige Memorial in Harlem, New York. It was a historic tournament held featuring ten of the top Black players, at that time. Charu seemed to be enjoying the moment, but particularly his responsibility of entering the games in Fritz and helping Jerry Bibuld and Beejay Hicks with various aspects of the tournament. 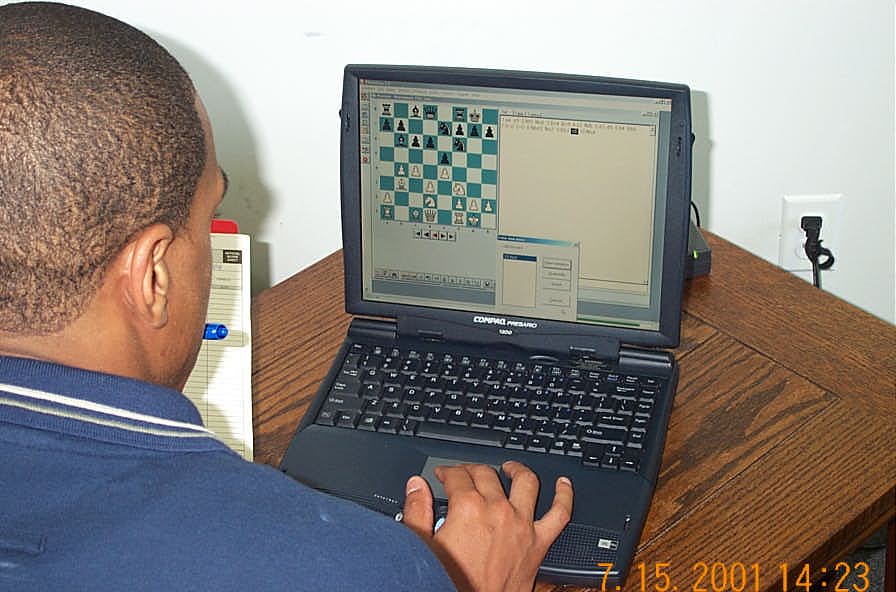 The Marshall Chess Club hosted a memorial tournament on October 24th and there is a memorial page with tributes from friends. Greg Kenner reflected on some sage advice:

The way to get better at blitz is by getting better at slow chess.

The intense study doesn’t improve your blitz much, because chess at its core is about deep thinking.

You don’t get to think deep playing blitz. It’s mostly reactionary. But your reactions are better if you are a seasoned strong slow player.

“Talent” was Charu’s oft-repeated catchphrase. He would interject it in a number of situations in complimentary fashion. While Charu was not very active in recent years, he played online and still manage to harness the talent of a number of students. He passed on the lessons given to him by Maurice Ashley. The greater chess community has spent the past couple of weeks honoring his memory with tributes and the aforementioned tournament. There was also a ZOOM tribute. 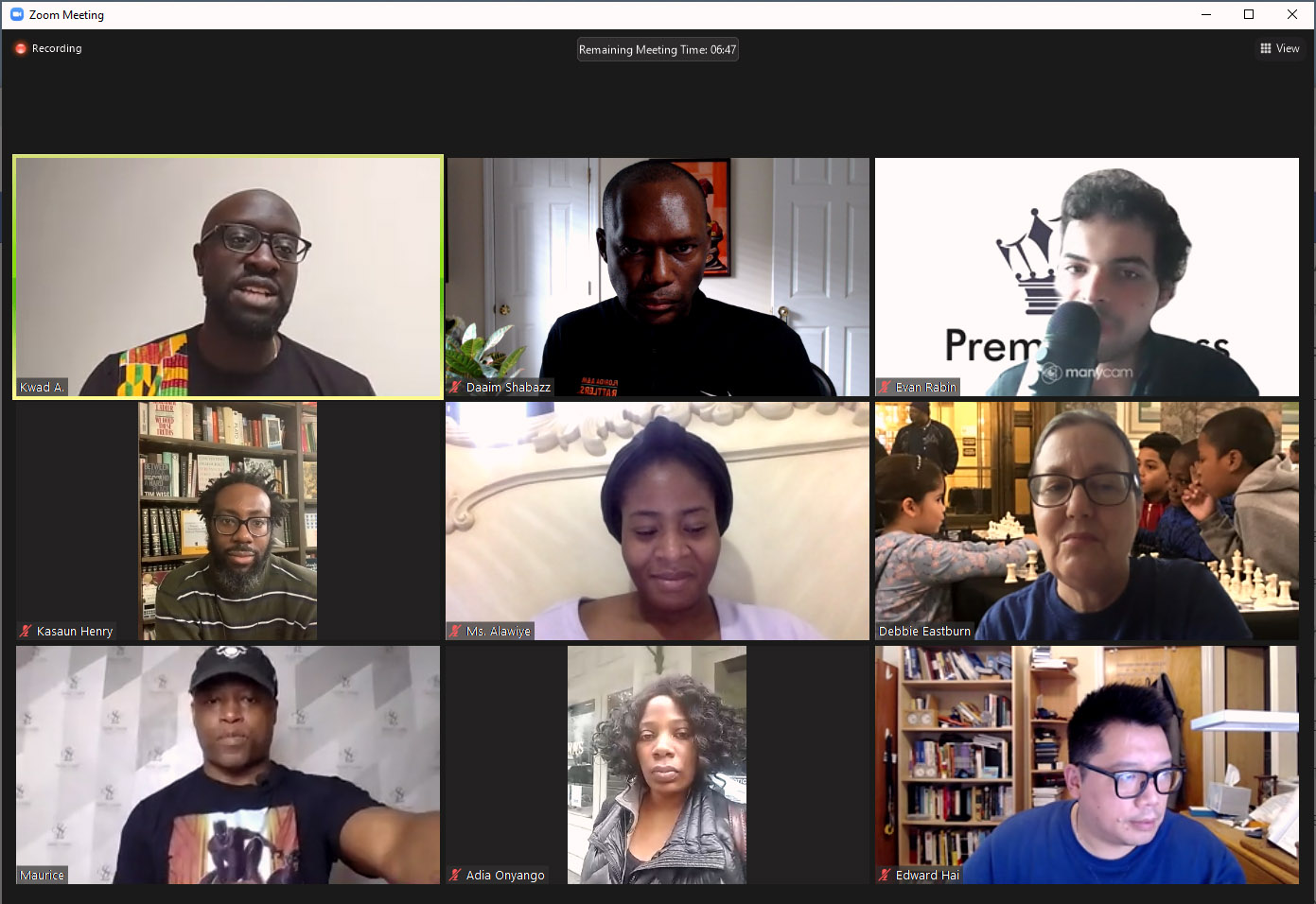 There was been a fundraiser set up for Charu by his sister Stacey Smith to help cover expenses. The family has set a $30,000 goal. 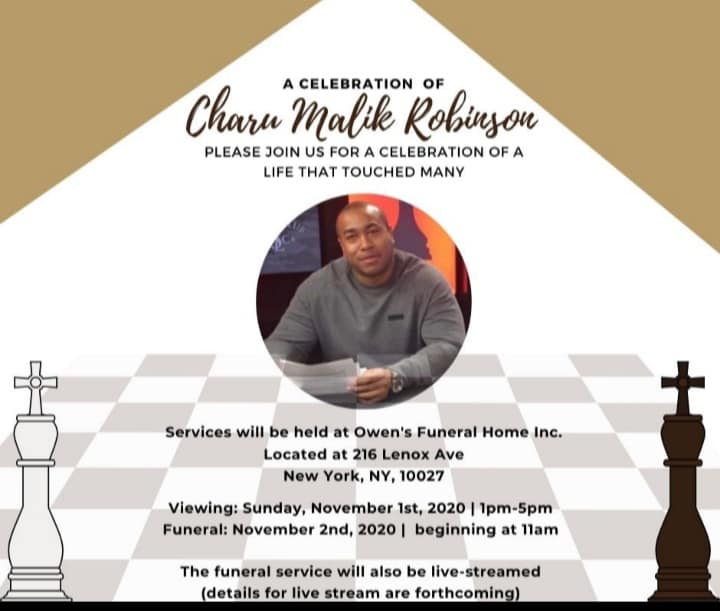