Jamaica chess legend Robert Wheeler passed away on Tuesday, June 30, at the Kingston Public Hospital at age 70, and leaves behind great memories of the board sport.

He is survived by wife Hope, his daughter Kathryn, and other relatives.

Wheeler became ill and was in and out of the University Hospital of the West Indies for the past two years “with heart-related issues” and later with “brain cancer”.

Funeral service will be held on Sunday, July 26 at 10:00 am at Roman’s Funeral Home on Dunrobin Avenue in Kingston.

Looking back on a wonderful career, Wheeler arrived in Jamaica from England in late 1973, and immediately won the first chess tournament he played in the December Open.

Administratively, Wheeler caught the eye of the founder and president of the Jamaica Chess Federation (JCF), Enos Grant, and was drafted as a member of the 1974 JCF executive committee.

He dominated the chess scene in 1974, or as the late Thomas Figueroa stated: “Bob won almost every tournament he played in,” or as National Master Neil Fairclough put it “he was a big fish in a small pond”. 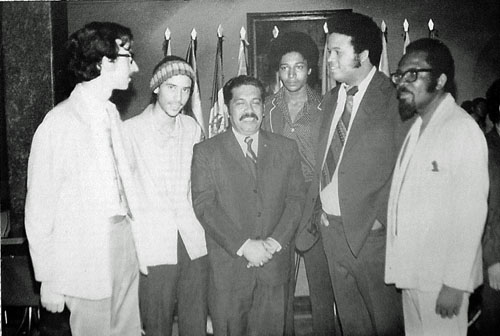 Wheeler made a winning international debut for Jamaica in April 1974 against a visiting Dominican Republic national team when he defeated National Master Luis Bellaird on Board 2. He won his first of five Jamaica Open Chess Championships in 1974, with the others coming in 1976, 1977, 1979, and 1986. Wheeler tied for first with Dr. Harold Chan in the 1974 Jamaica Chess Championship, but lost to Dr Chan in a play-off, and shared the Jamaica Chess Championship title in 1975 and 1979 with Thomas Figueroa and Dr Chan, respectively, and went on to win four National Championship titles in 1980, 1981, 1983, and 1988.

In 1976 at the World Student Chess Championship in Caracas, Venezuela, he became the first Jamaican player to earn a draw with a grand master (GM) when he battled Cuban GM Guillermo Garcia to a tie. 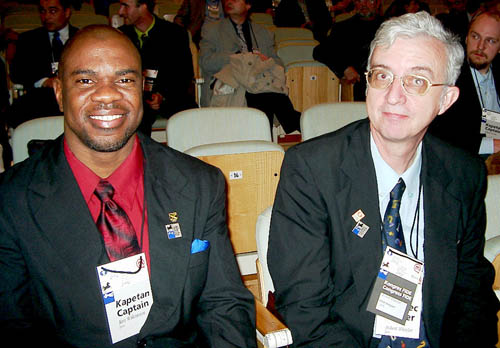 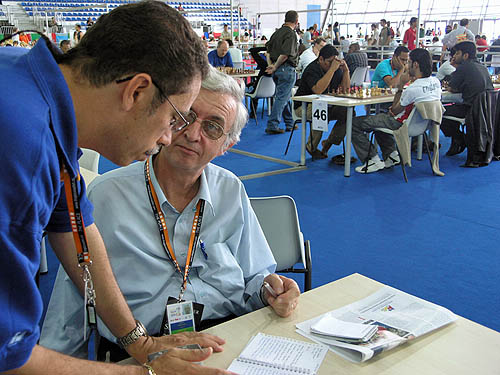 Allen Herbert of Barbados conferring with Wheeler at the 2006 Chess Olympiad in Turin, Italy. Photo by Daaim Shabazz.

He earned the title of Chess Master (CM) in 2011, and was a FIDE IA Arbiter, and officiated at four Open Olympiads. As a Jamaican international chess player and the longest-serving executive member of the JCF, Wheeler made a tremendous contribution to the development of chess in Jamaica.