I met Walter Hand many years ago at the old Border’s bookstore in Tallahassee, Florida where chess players met on Wednesday evening. He stood out due to his wheelchair and his cerebral palsy disability, but I also noticed that he was there every single week without fail. The transport service would come to get him and you could tell it was something he looked forward to.

I watched Walter’s games and though he struggled to move the pieces, the determination in his eyes was apparent. At some point, I finally got a chance to play him a game. I was humbled by the experience. One other thing I noticed about Walter was his 1000-watt smile. 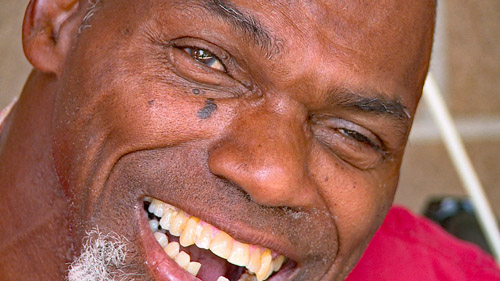 Here is a story from Jose Sanchez posted three years ago that is sure to touch the heart of any chess player:

In 1999 the Tallahassee Chess Club used to meet at Borders bookstore. Walter would show up every Wednesday to play. He had a transportation bring him and pick him up at 9pm. One night the chess tournament did not end at 9pm and the bus driver did not want to wait on Walter. Walter really wanted to stay and finish the tournament so I told the driver don’t worry go ahead and leave and some of the guys will help me load his chair in my pickup and I’ll take him home, I had no idea how this was going to be a life changing experience for me. When the tournament ended we loaded his chair in the back of my truck and helped Walter into the front seat. Slowly but surely we made it to Walter’s house. A task as simple as opening his front door took about 5 minutes. He invited me inside to show me some trophies that were made for him by an elementary school for showing them how to play chess. I got back in my car and cried all the way back home. Thank you Walter!

Recently I happened to be looking through some Tallahassee news reports and found an article dated May 17, 2017 on Walter. In the article, I learned he is also called the “Shock Man” because he continues to shock people by what he can do. For many years I had wondered what became of him since the Borders closed. 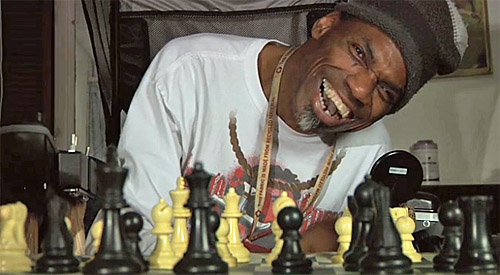 Chess is a passion of Walter’s and he’s looking to play again.

The article indicated that he was a local icon selling newspapers faithfully for 40 years! He stated that it is the only way he can make money. As one could imagine, financial strains of his disability were difficult to meet. At the time of the article, there was an online fundraising campaign for personal expenses last year and another event held at the Black Dog Cafe in November. I had missed both events.

It is hard to imagine the life of someone with cerebral palsy, but when looking at Walter, it eliminates any excuses for living a full life. With his limited mobility Walter is very sociable and wears that bright smile on his face. With chess, it keeps his mind sharp and active, but apparently he has be unable to manage his schedule to include chess. Hopefully, he will be able to play again. Below is his story.