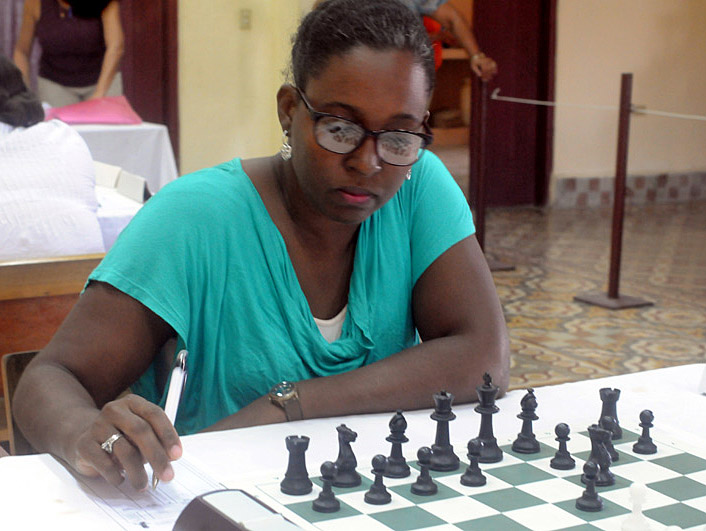 Oleiny Linares (35) has appeared on these pages many times. She has been one of the top Cuban players on the women’s circuit and has competed since the age of 10. The Santiago de Cuba native has represented the island nation numerous times including three times as an Olympian. She won a silver medal at the 2008 Chess Olympiad with an undefeated 9/10.

Recently, Linares competed in the 2019 Cuban Women Chess Championships held in the eastern province of Holguin. She ended in joint 1st with Yenisbel Miranda on 8/11, but was declared the champion due to superior tiebreaks. Linares finished with five wins and six draws.

Yanela Forgas took 3rd with 7.5/11 and defending champion Lisandra Llaudy fell behind early and had to settle for 4th with 6.5/11. This would be the third national crown for Linares who last won three years ago. According to local sources, the humble mother of two gave a round of thanks to her supporters.

I’m happy, because above all, it was a triumph of many … of my first coaches who came back together to help me, of the brothers of my church, of my husband who has supported me so much and of my girls who behave well so that I can be here.

"Triple Exclam" in black and white!!