Togo is a small French-speaking West African nation of 7.6 million and a budding chess nation. The nation has been a member of FIDE since being welcomed at the 2012 FIDE Congress in Istanbul, Turkey. In five years they have had a number of local activities and hosted the African Amateur Individual Championships in August 2016, but will be in the African spotlight while hosting the African Junior Championships beginning December 21st.

Given the latest landmark accomplishment by GM Bassem Amin of Egypt, the tournament has continued to be a stepping stone for Africa’s finest talent. Amin won the tournament in 2004 before becoming a four-time continental champion. Most recently, he eclipsed the 2700 rating barrier becoming the first African player to achieve this level. Besides Amin, only GMs Hichem Hamdouchi (Morocco) and Ahmed Adly (Egypt) have been over 2600. Who will be next?

“Under the auspices of the African Chess Confederation, the Togolese Chess Federation has the honour of inviting all African Federations affiliated to the World Chess Federation (FIDE), to participate in the 2017 AFRICAN JUNIOR U20 INDIVIDUAL CHESS CHAMPIONSHIPS, to be held at the Bravia Hotel, Lome, Togo, from December 21st 2017 to December 31st 2017.” (link) 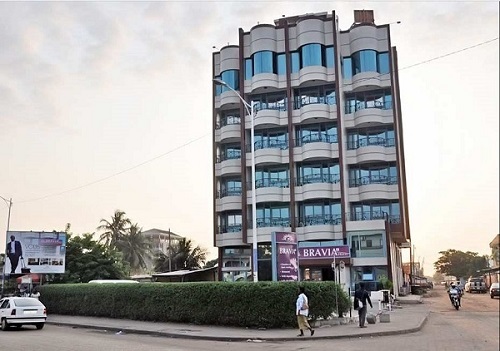