Detroit and Chicago have a close relationship with both being home to hard-working migrants from the south in search of hope and opportunity. The Midwest was the destination for many Blacks due to the abundance of factory jobs in the steel mills, foundry, and stock yards. The determination to find good paying jobs required a disciplined, strong will and has been the trademark of the strong “Midwestern work ethic.” This strength carried over into competitive activities such as sports and entertainment. 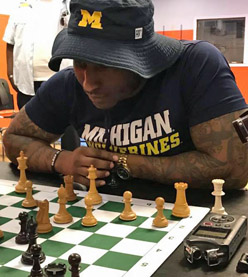 In weeks leading up to both Danny X Jones and James Canty agreed to a 10-game blitz battle in Chicago. Social media was in a frenzy. and several cities started to discuss the prospects of an intercity competition. Both cities have a very proud history of sports, and just a few decades ago, the two cities fought some of the most brutal battles in professional basketball. There was a build-up complete with trash talk reminiscent of the Detroit Pistons and the Chicago Bulls rivalry in the 80s and 90s. 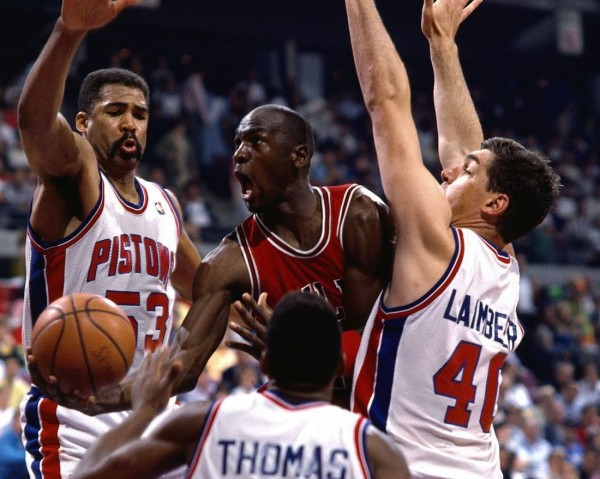 The two cities have developed a fierce but respectful rivalry over the years.

This past weekend saw another battle involving the two cities. The rivalry would now extend to the chess board. There was a pregame video complete with interviews and both players expressed respect for the other, but claimed that they would be victorious. One problem… only one could be right. So who would it be??? There was an undercard with two Experts Aderemi Adekola taking on Aakaash Meduri locking horns. Those games were not shown live, but here is the opening ceremony with Roger Hickman offering inspiring remarks.

That score ended 4-1 in the best of seven games with Remi coming out on top. Now… all the hype built up on the main card. Daniel X Jones taking on FIDE Master James Canty. Jones was the co-winner of the under-2100 section of the 2017 Chicago Open, and co-winner of the 2nd Emory Tate Memorial two weeks ago. Canty’s claim to fame is winning 2nd place and $20,000 in the 2014 Millionaire Chess under-2350 section. The Detroit native received notoriety for his feats in the local media.

After two weeks of banter in social media, the tension was thick as both of the players gave their pre-match impressions to Nathan Kelly. “Canty Cash” stepped out of the van looking like a UFC fighter and said he was ready for the bout. Daniel “The Baby-Faced Assassin” looked like he was going to a business meeting also offered words of supreme confidence. Ironically, that same nickname was Isiah Thomas who played for the Detroit Pistons and a main rival to the Chicago Bulls.

That was just the first game! What a ride!! After that, there was more. In the five-minute games, Jones won the second in a rook ending and in the third he mounted a counterattack after being slightly worse and chased Canty’s king at the edge of the board where it was mated. Canty got his first win of the match, but couldn’t avoid losing the 5th game giving Jones a 3½-1½ edge in the first segment. 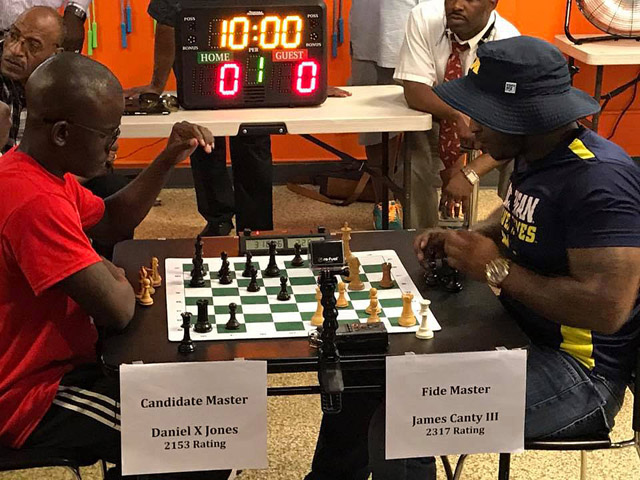 In the three-minute segment, Canty won the first in a fierce time scramble with Jones pressing for a win. In the melee, Canty claimed a forfeit win with three-tenths of a second left pulling the overall match back to within one. In the second game, Canty was pressing with a passed b-pawn, but then lost the thread allowing a fortress. After blacks’ …Kh2, Jones played g4+ after which Canty committed an illegal move by leaving his king in check.

In the last three minute game, a feverish pace resulted as seconds wound down. A volley of checks was given. and it still appeared to be unclear. Canty decided to press ahead and ended up getting rook skewered on the a-file and resigned. The win gave Jones the decisive result. The final match score was 5½-2½ (3½-1½ and 2-1). There was an applause by the spectators, and both players were given praise for their battling spirit.

Watch the action of games 6-8 below.

There was a press conference after the match where questions were posed to the two competitors. The described their strategies in the match. Jones stated that he steered away from main lines Sicilian and wanted to simply get a game to play. Canty was asked about the competition that he faces in Detroit and stated there are limitations because there isn’t the consistency in attendance. So Canty took a six-hour bus ride to play a blitz match. Chicago blitzers were very appreciative.

Both were asked what it takes to excel. Canty offered an intense study of tactics while Jones talked about learning to evaluated positions. Lastly, there was the debate about the role that blitz plays popularizing chess. Both believe blitz should be moved to the forefront. This created a vigorous debate on Facebook, and it’s just beginning. Many cities have all weighed in with well-heeled blitz players looking to get into the action.

Kudos to the Chicago Chess Blitzers for organizing and supporting an exciting event. In particular, thanks to Roger Hickman, Nathan Kelly, Louie Green, Johnnie Strapp, Chase Ford and of course Daniel Jones for helping to host the event.