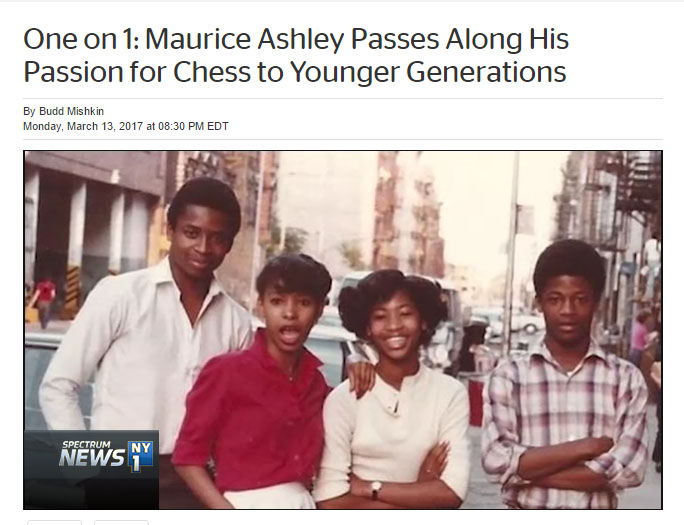 GM Maurice Ashley has been back in the media like we’ve never seen before. First he gave a candid appearance on “One on 1” segment. On display were vintage photos of a younger Ashley, but it gave a wide-ranging view of his passion and the expanse of his activities. Most of Ashley’s story is well-known. Even the cameo appearance with a street hustler last year was featured. The Brooklyn-based GM now has a mission that extends beyond the borders and will be traveling to Africa this June for another initiative.

“A friend of mine called me up and said, ‘I can get you a six-figure job right now working on a mutual fund. And in half a second, I thought, ‘Why would I do that?'”

Ashley also appeared in The Moth where he gave a rather poignant story of Brooklyn chess and the hardscrabble environment in the chess parks. “Slaying King George” was the 13-minute segment. He lamented on his passionate beginnings of chess and his introduction to the Black Bear School of Chess. The brutal environment was Prospect Park where the raucous scene unfolded each day. Ashley spoke of his initiation into this august group of players, but the piece centered his meeting George “Firebreather” Golden. Very descriptive and expressive.

Was there a coup d'etat within FIDE?