The last day of “Black History Month”. There have been a couple of other “Leap Year” stories at The Chess Drum on February 29th. Interestingly, the prospect of an Emory Tate game collection was February 29th, 2012. So we will take advantage of this extra day during Black History Month. Theophilus Thompson has been on these pages a number of times, but there is so much to be learned from this iconic figure of the 19th century. He was preceded by other Black chess enthusiasts, but was one of the first to become immortalized on the world scene.

The son of Mary Thompson, he had three brothers: Elliott, Wilson and Robert. Before discovering chess, he worked as a 14-year old domestic servant living in the home of William Higgins, a County Constable. Two years later, he returned to live with his mother. It was at 17 that he learned chess and became a sensation a year later by composing the problem book, Chess Problems: Either to Play and Mate. The story of Theophilus Thompson was recounted in a 1986 Chess Life article including a tribute by Larry Parr.

Thirty years ago, there were two articles in the June 1986 Chess Life commemorating Thompson’s life, but also highlighting a player from the South Sea Islands. His name was Omai, a swarthy indigene who was “discovered” in the 18th century by British explorer James Cook. According to the author Robert R. Radcliffe, Cook brought Omai back to England and he created a sensation in the game of chess. In the South Pacific, African presence is pervasive in places like the Solomon Islands, Fiji, Vanuatu, Tonga and Samoa. It is an interesting part of the world where civilizations have been preserved for thousands of years.

In the article reads the caption,

If Theophilus Thompson was America’s first black chessplayer of note, then the honor of being the first black player in history apparently belong to Omai, a South Sea Islander of the 18th century who was discovered by the British explorer James Cook. These excepts from the January 1927 National Geographic Magazine tell the story: “The exhibit that Cook brought home from his second voyage [1772-1775), which eclipsed all other in popular interest was Omai, a native… He was the first South Sea Islander to set foot on the shores of London drawing rooms, but he remained impervious to all the ways of civilization except one – he developed amazing proficiency in the game of chess.”

Of course, there are no known records of his play, but what is certain is that there was a long history of chess in Africa long centuries before Omai, with the Moors of Africa. This is not to be overlooked. There was also a short piece by Larry Parr, chess journalist extraordinaire who included Thompson’s famous game with C.H. Blood and two of his problems. The first one (mate in four) is absolutely stunning. We will recount Radcliff’s and Parr’s articles which appeared in the June 1986 issue of Chess Life, pages 33-34.

(Note: The following article is reprinted with the permission of the United States Chess Federation.)

About 100 years ago, a young man entered the arena of chess, made his niche in the long history of the game and then abruptly and inexplicably cut short his career.

The black youth shown in the 1873 photograph on this page was Theophilus A. Thompson, who was born on April 21, 1855, in Frederick, Maryland. His talent would probably have gone undiscovered except for an unusual interest shown by John. K. Hanshew, a Frederick chess player and the publisher of The Maryland Chess Review.

Thompson saw his first chess game in April 1872, when Hanshew was matched against another player. Fascinated by its complexities, he decided to learn the game. This thirst for knowledge intrigued Hanshew, and he taught Thompson the fundamentals, loaned him a chess board and men, and gave him several chess problems to solve. Within weeks, the 17-year old was not only solving chess problems; he was devising new ones and contributing his work to the Dubuque Chess Journal, a pioneer problem-solving magazine of the time.

The Journal’s publisher, Orestes Brownson, Jr., regard Thompson’s efforts to highly that in 1873 he issues a small book title, Chess Problem: By Theophilus A. Thompson. This rather rare item is much sought after by chess book collectors. Many copies contain an photograph of Thompson not unlike the one accompanying this article.

Thompson’s book was valued highly by his chess-playing peers. Here is what a reviewer wrote in the July 1874 issue of the City of London Chess Magazine:

The author comes before us with peculiar claims for tender treatment. A negro lad, yet but nineteen years of age, who, in 1870, was a domestic servant, and who was totally ignorant of Chess up to April 1872; it might appear justifiable if we lowered the standard of excellence, with a view to award him that praise which, it could be reasonable to suppose, he could not expect to merit when judged at par. Whether we should have been tempted to substitute a lenient slurring of defects for the rules of sincere criticism, is a question, however, that we need not ask ourselves; for we are happy to say that Mr. Thompson may claim to be scanned by the utmost severity of judgement, and that he is far above the subject of mere compassionate compliments. We have been very much pleased indeed with the compositions in this book, and consider that they display real genius, both of a conception and constructive order… We consider Mr. Thompson a compose of great merit and rare promise.

Thompson’s contribution to chess history is unique because he was the first Black American to be recognized for proficiency in chess. Unfortunately, Thompson’s record seem to break off with the publication of this book, but it is hard to believe that such a promising career ended so soon. Thompson’s role in American chess history would be even more significant if additional facts about his life were known.

Such information, however, has proved elusive, and the completion of his life remains a poignant mystery.*

*The author appreciates the generosity of Mr. Dale A. Brandreth of Wilmington, Delaware and of Mr. Robert Norwell of Massachusetts for making available material from their chess collections.

Theophilus Thompson is rightly remember as a problemist but he also played excellent correspondence chess. In one tournament – for which the final standings are unavailable – Thompson had the excellent score of 7-2. The leaders were Willing at 12-1 and the famous problemist, William Anthony Shinkman, at 12-2.

Thompson’s over-the-board style had the same touch as his problems: his moves were hard, fast and aggressive. In the argot of a later era, he floated like a butterfly and stung like a bee. 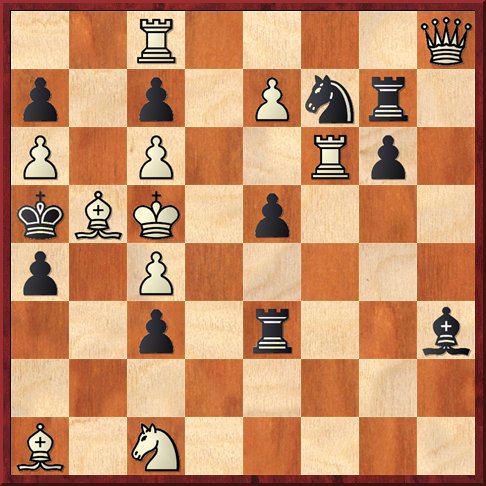 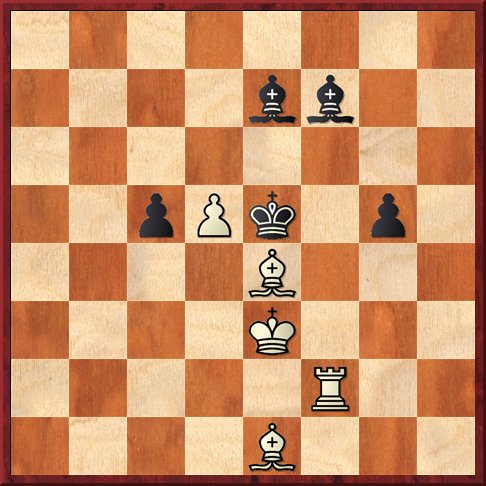