Theophilus Thompson is well-known figure in The Chess Drum community. Throughout the years we have honored him as perhaps the first Black player of note in the U.S. He was preceded by James McCune Smith and succeeded by William Griffin. Thompson is famously known for his book on chess problems simply called, “Chess Problems“. He was 18 years old.

In the July 1874 issue of City of London Chess Magazine, the writer stated, “We have been very much pleased indeed with the composition in this book, and consider that they display real genius, both of a conceptive and constructive order. . . . We consider Mr. Thompson a composer of great merit and of rare promise.”

T. A. Thompson (Colored) was born in Frederick City, Maryland, on the 21st. day of April, 1855. At 13 years of age he left his native city and went to live with a family in Carroll County, in the capacity of house servant. In 1870, he returned to Frederick where he has been ever since.

He saw a chess board and men used for the first time in April 1872, when he witnessed a contest between Mr. S. of Ohio, and Mr. H. of Frederick City; although he could not understand the game and dared not ask questions for fear of annoying the players, he watched every move with the closest attention. The partie finished he went home fully (determined to learn the game.

Mr. H. having heard of this ardent desire loaned him a chess board and a set of chess men, gave him some instructions, and left him a few two -move problems to solve.

Thus thanks to the kind assistance of John K. Hanshew our hero became possessed of the OPEN SESAME to Caissa’s gardens of ever increasing intellectual delights.

Hearing last summer of the Dubuque CHESS JOURNAL, he soon became a subscriber a student and a contributor thereto, accumulating the following rich store of Chess Compositions that are offered for perusal to the general chess reader, with great-pleasure and much confidence by the proprietors of the DUBUQUE CHESS JOURNAL. 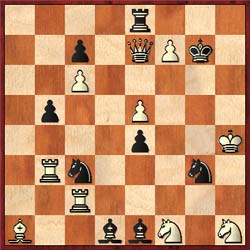 What Happened to Thompson?

While Thompson’s story is novel and now-famous, his disappearance was as puzzling as his compositions. There had been a lot of uncertainty of Thompson’s life after chess. He was the subject of 1986 Chess Life articles by Robert R. Radcliff and Larry Parr. Both extolled Thompson’s chess exploits including a few of his games. Neil Brennan also wrote an exclusive piece on Thompson titled, “The Caged Bird: The Story of T.A. Thompson.”

However, no one seems to know what became of Thompson. There was speculation that he may have become a victim of racial lynching, a brutal practice of dealing with “uppity” Negros in those days. Of course, it could not be confirmed. Then came a sighting of a “Theophilus Thompson” through genealogy records.

In fact, someone contacted The Chess Drum and mentioned that they were doing research on Theophilus Thompson and proudly stated that (unlike what was on The Chess Drum), discovered the true history of Thompson and they were doing a history book on forgotten chess players. He implied that he found Thompson lived until a ripe old age. I checked archives and found information on “Theophilus Thompson” in Anne Arundel, Maryland. The conclusion is that he must’ve migrated. The plot thickened.

According to the 1910 U.S. Census, it is amazing to note that Theophilus never learned to read or write. He had at least two children Fernando and Christopher from his first wife, became widowed and then married a woman named Alice (27 years his junior), had two more children (Doreen and Ellsworth) and became widowed again. He spent his career as an oyster tongor (fisherman) and later in his life owned a small farm. The latest account of Thompson being the 1930 U.S. Census listing him at a widowed 80-year old with an 18-year old Ellsworth as a resident in Churchton, Anne Arundel, Maryland.

Then in 2019, I was in contact with Jarma Thompson, the great-niece of the above Theophilus Thompson. She had posted a comment at The Chess Drum and stated she was a relative. We had a conversation and she sent the portrait shown above. I made an update to the 2016 article.

{Update: 2-27-2019) According to family records, Theophilus Thompson had five siblings (James, Mary, Elliott, Wilson, Robert) and another five half-siblings (John, George, Lewis, Horace, James Jr.) He was first married to Susana Taylor with whom he had eight children (Isabelle, Fernando, Edward, Harrison, Christopher, Sidney, Rufus, Sadur) before becoming widowed. He then married Alice Thompson with whom he had two children (Doreen and Ellsworth). In 1940 he was living with his daughter Doreen and her husband, Salmon Stewart. He died in 1948 at the age of 93.}

This was a relief and it was good to know that the chess legend had a full life. However, something still wasn’t right. Why did he abandon chess? Why would he move to Anne Arundel? Why did he walk away from his notoriety? For decades, these answers remained elusive. In Robert Radcliff’s article in 1986 Chess Life, he extended a plea.

“Unfortunately, Thompson’s record seem to break off with the publication of this book, but it is hard to believe that such a promising career ended so soon. Thompson’s role in American chess history would be even more significant if additional facts about his life were known.”

This is What REALLY Happened

These questions were answered on Wednesday, April 15th when a member of African American Resources, Cultural Heritage Society of Frederick County (AARCH) contacted The Chess Drum with fascinating news.

Here is what really happened to Theophilus Thompson. He died in his home town of Frederick, MD of consumption (tuberculosis) in 1881. The 12 Oct 1881 article from the Frederick Examiner newspaper is shown below. The Theophilus Thompson, oysterman of Anne Arundel county, was a completely different person – both of them appear in their respective home towns in the 1870 census. 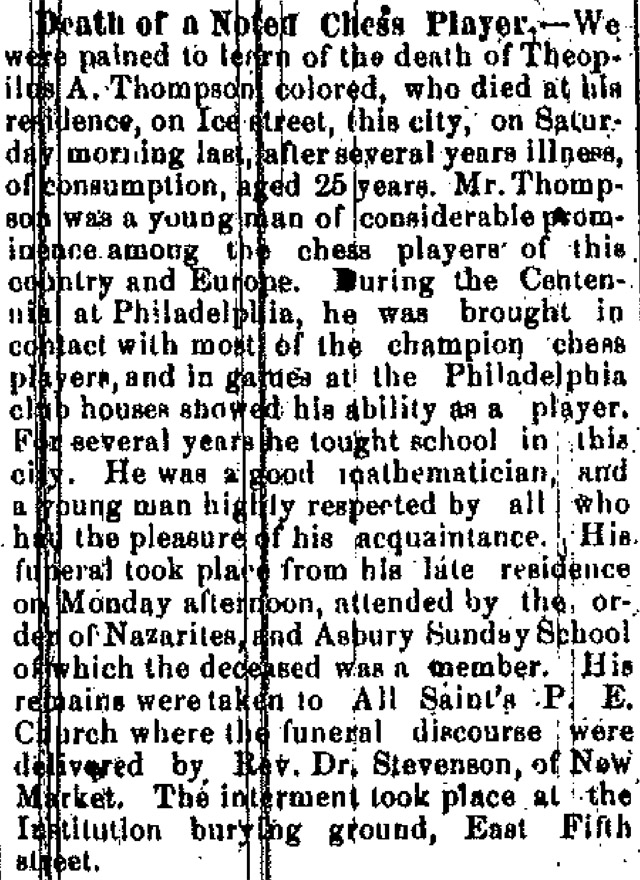 So the case can now be closed on Master Emeritus Theophilus Thompson. He died at the young age of 26 and had been suffering from tuberculosis for years. He was apparently not well enough to keep any activity in chess. There was actually a sculpture built in his honor in downtown Frederick, Maryland. This was reported by Crystal Schelle in the March 18th issue of the Frederick News-Post. The sculpture was one of three unveiled… “Three Little Birds,” “Tree of Life,” and the tribute to Thompson called “An Elusive Kinetic Portrait.” 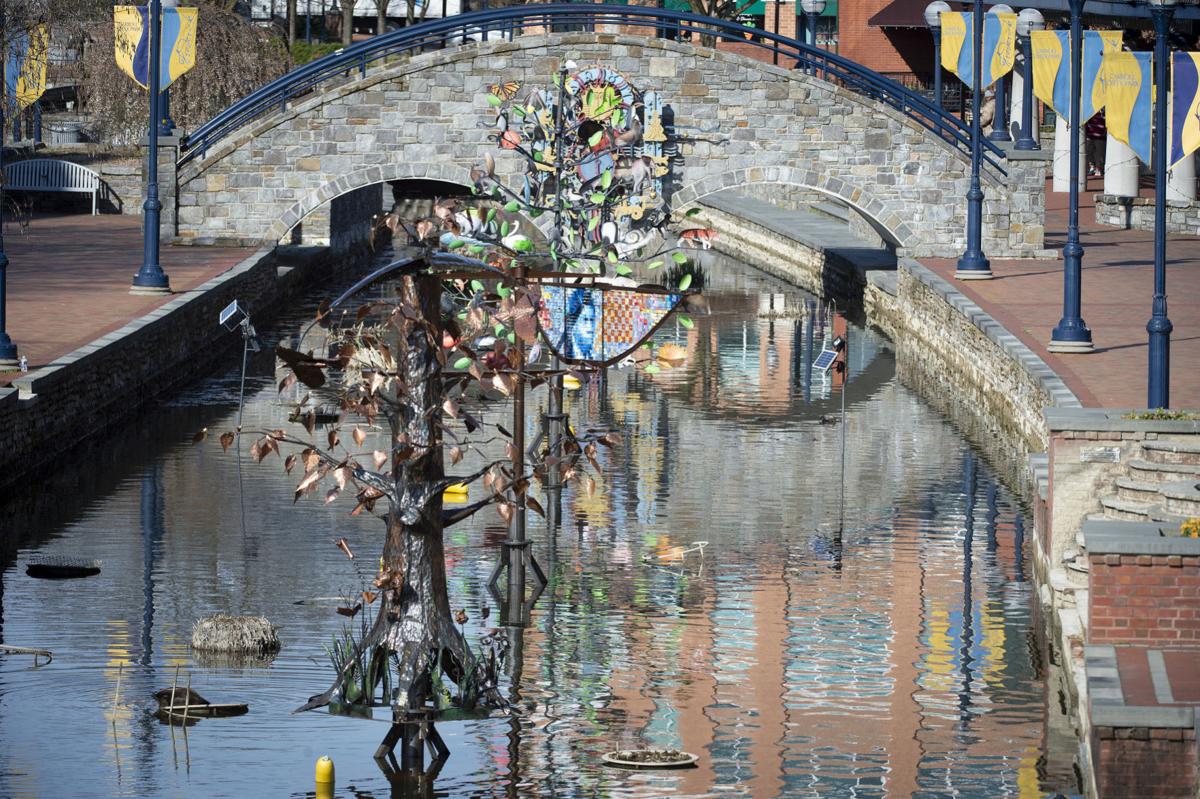 The sculpture is part of a group of three sculptures and is named, “An Elusive Kinetic Portrait.” Marguerite de Messières and Tsvetomir Naydenov of the neighboring county created what appears to be a mosaic of Thompson. When viewed from the right angle, his portrait shines through.

This is an important find because it puts the history of Mr. Thompson in proper perspective. He died young, but made his mark on chess with the book on composition. His works will live forever and now we can pay proper homage. Thanks to the African American Resources, Cultural Heritage Society of Frederick County (AARCH) for contacting The Chess Drum and revealing this important detail of history.

Arianne Caoili, a sweet soul who gave a chess king his lucky stars