A scholastic tournament in the memory of FM Ron Simpson is being held on tomorrow. Simpson was raised in Brooklyn where he became a fixture in the New York scene and the “Black Bear School of Chess” with many of the key figures in the Black chess community. Bob Ali has organized this event in the name of the legend of Caribbean ancestry who died in 2013. To enter contact him at seabeaking@aol.com. 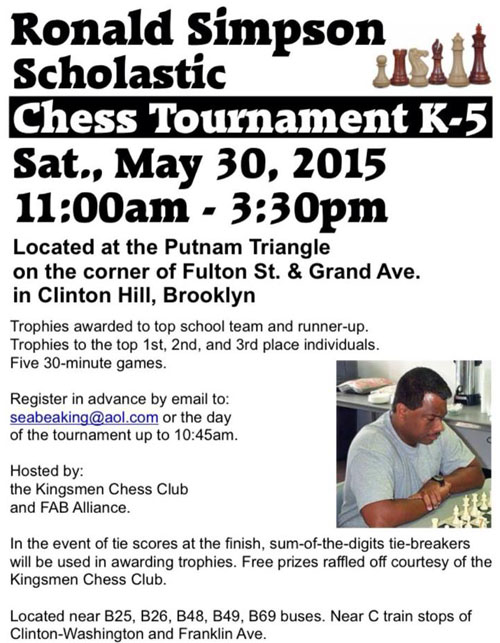