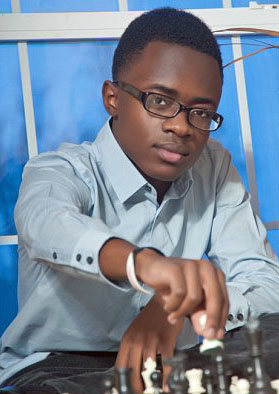 FM Josh Colas
Sixteen-year-old Joshua Colas has been playing chess for nearly ten years and has been able to accomplish many titles along the way. According to his personal website, Josh has won six national championships and has been named to the All-American Scholastic Chess Team every year since 2009. He also qualified to represent Team USA at the World Youth Chess Championships in Greece (2010), Brazil (2011), Slovenia (2012), United Arab Emirates (2013), and South Africa (2014).

He also has a growing list of GM scalps including Mark Paragua, Michael Rohde, Mikheil Kekelidze, Joel Benjamin, Zviad Izoria and Irina Krush. More importantly, he is improving his standard gradually and is now seeking to earn the coveted GM title. Along the way, Josh hopes to compete in tournaments at home and eventually abroad. 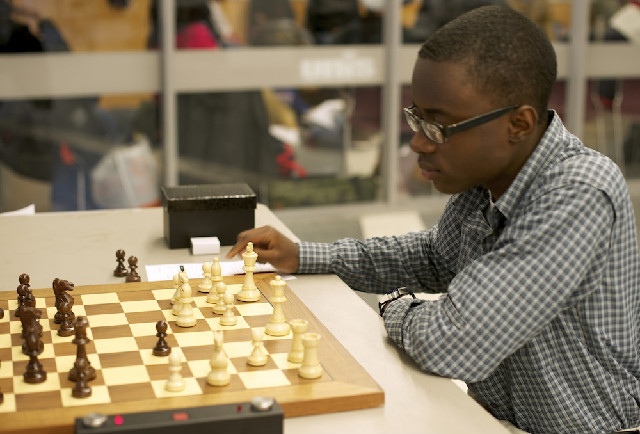 “My parents constantly remind me that if I work hard
and believe in myself, nothing is impossible.”

At 16 years old, Josh’s USCF rating is 2403 and he has constructed a plan to achieve his endeavor to become a Grandmaster, thus the youngest African-American to do so. In order to achieve this goal he is seeking financial assistance and has launched a campaign.

Check out the short video below which features a commendation from the Senate!

More information about Josh’s chess journey can be viewed on his website, joshuacolas.com. Please support his effort!