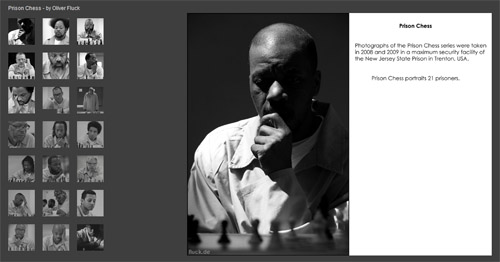 In our world of chess we play in a variety of environments… hotels, schools, barber shops, busy streets, parks, museums, office board rooms, malls, front porches and even balconies. Regardless of where chess is played the surroundings is often replaced with the world on the 64 square chess board.

Chess is also played (ironically) in a place where chess represents a metaphor of its own environment… prison. Many prison inmates have taken up chess to insulate themselves from the harsh realities of their environment. Chess is said to be a refuge for prisoners and a way of solving life problems over the board. The game is not only a good way to pass time, but also a way to instill discipline, focus and sharpen one’s mental acumen. There had been studies to show that chess has helped recidivism rates.

There are some very famous prisoners in chess history, mostly notably Claude Bloodgood. However, there is lots of talent throughout the prison system that often goes unnoticed. Back in 2008, Oliver Fluck took on a project where he photographed prisoners and asked basic information about their background. What has resulted was a very interesting insight as to how chess has become a part of a culture shared by practically every conceivable demographic.

The images are very interesting in that it shows what lessons can be learned from chess and how such an environment can help a chess player see different benefits. When reading the profiles, you will no doubt get some of the pearls of wisdom from people who have experienced things that the average person would never imagine. 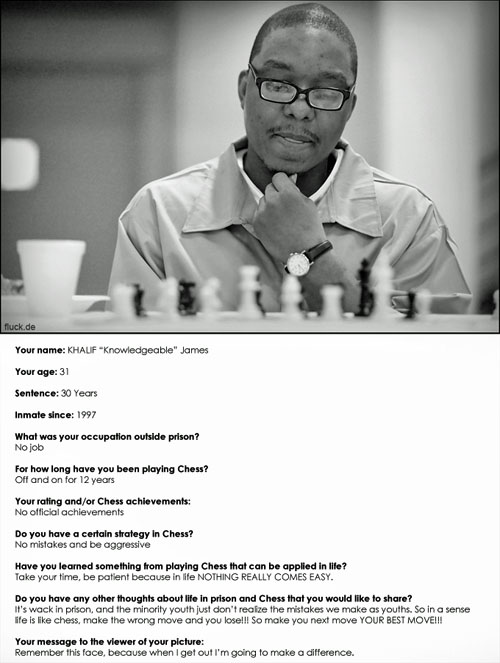 Check out this amazing exhibit…
https://series.fluck.de/series20/index.html