There is some food for thought in the recent article on Magnus Carlsen’s parents (Henrik and Sigrun). It details the approach they used in order to raise a World Champion chess player. Of course most parents feel their child is special, but the Carlsens did not see the talent in Magnus what would turn him into a historic icon. 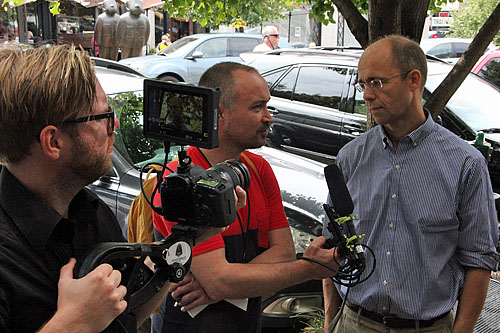 Henrik Carlsen is always busy answering questions about how he did it.
Photo by Daaim Shabazz.

There are many methods used including the “Tiger Mom” of rigor and regimented practice seen amongst some of the famous musicians and athletes. However, both parents took a more gentle approach and used lateral techniques such as taking their children out of school for a year and traveling around Europe.

These are unconventional methods but we’ve seen them before in the Polgar case. László Polgár took his three daughters (Zsuzsa, Zsophia and Judit) and turned them into world-class chess players. They were home-schooled and raised on a regimented diet of chess. The youngest Judit was the beneficiary of her father’s and sisters’ tutelage and reached #8 in the world rankings. 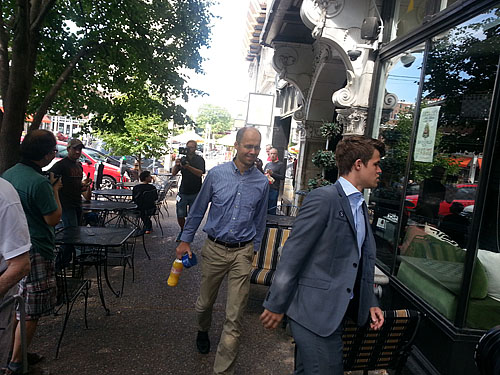 Henrik with Magnus Carlsen during
the 2013 Sinquefield Cup in St. Louis, USA.
Photo by Daaim Shabazz.

Magnus has ascended up the chess hierarchy to reach the #1 rankings, has earned three world titles (classic, rapid, blitz) and has broken records for highest rating ever achieved (2889). Usually, parents would just want their children to be happy and enjoy the experience of learning, but perhaps there are many ways to do it. This article is insightful, but of course would vary depending on the economic environment of the country.