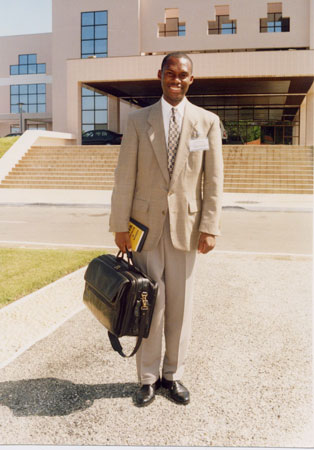 Dr. Shabazz in front of the Accra International Conference Center in 1998!

The Africa Union just celebrated its 50th anniversary last month as African dignitaries came from around the continent to chart a course for the next 50 years. Started as the Organization of African Unity in 1963, the idea was inspired by Dr. Kwame Nkrumah’s idea of a united Africa. In a 1958 speech to the African People’s Congress, he gave a vision of the “United States of Africa”. Dr. Nkrumah had just led Ghana to its independence in 1957 and while his vision has yet to be realized, Pan-African unity remains the platform of progress.

Part of the vision of The Chess Drum is similar and Pan-African in its essence… to connect chess players of the Africa Diaspora and to show the world the accomplishments of players of African descent. Conversely, the idea is also to expose the African Diaspora top-level events. The Chess Drum will return to the land of the Black Star and hopes to visit with the chess community, report on the activities, and perhaps get some first-hand interviews. 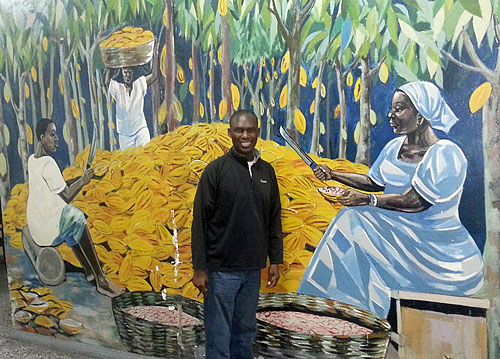