Back in 2007, I visited London, England for the first time to attend a conference held by the International Academy of African Business Development (IAABD) at London Metropolitan University. I had heard much about the famed metropolis of eight million, but particularly the rainy, gloomy days and pedestrian congestion. While these notions were true, there is far more to the city than those reports suggest. 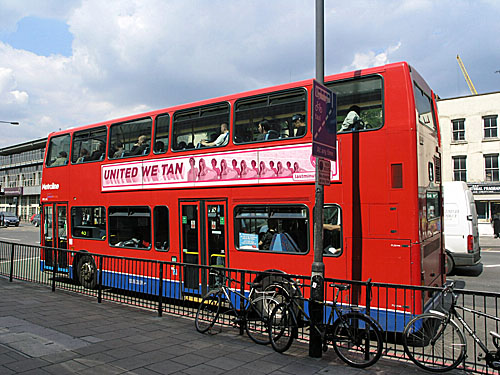 As with most academic conferences, I met some very interesting people from the African Diaspora including professors living in far-flung places such as Nordic countries and in Asia. The presentations at the conference were enlightening and I presented on whether outsourcing could serve as a growth model for African countries the way we have seen with India. During the conference, we got a VIP reception and tour of Arsenal Stadium and some took a bus tour around the city, but I had to somehow break away and find some chess. So I contacted Jamaica’s John Tobisch who lives in London and has been promoting chess locally.

I was staying a the President Hotel, a five minutes walk from the Tube. John came by and we met for the first time after countless interactions via e-mail over the years. We took the Tube into the middle of London and the pedestrian traffic was brisk. It reminded me a bit of New York in that regard. John and I walked the streets and there was tremendous energy on the streets this Saturday afternoon. We got by the London Chess Centre and spent nearly an hour or so there looking at books and equipment. 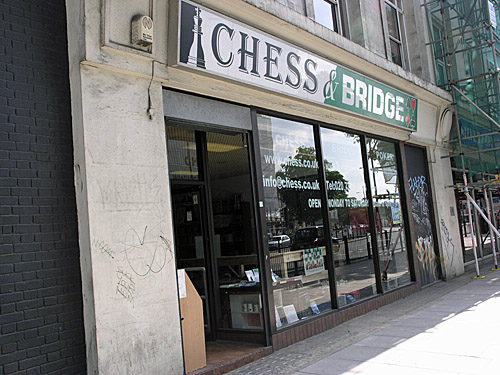 I was glad to go to this famous chess shop because three years later, it would close its doors. However, just as the club was in the sunset of its existence, IM Malcolm Pein was already working on a new project. This would bring back a tradition reminiscent of the strong London tournaments of yesterday. In 1927, London was the site of the first Olympiad and it is fitting that a new tournament was borne. So in 2009, the first London Chess Classic was held with a lineup of Vladimir Kramnik, Magnus Carlsen, Hikaru Nakamura and Ni Hua along with four British hopefuls in Michael Adams, Nigel Short, Luke McShane and David Howell. The inaugural tournament was a smash success with the wunderkind from Norway winning. 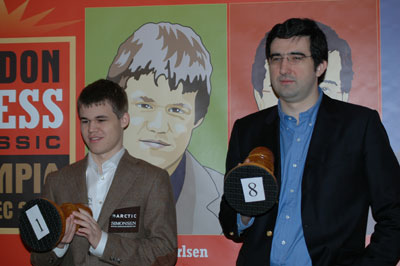 Carlsen and Kramnik at the inaugural tournament in 2009.
Photo by Frederic Friedel. With sponsorship tightening their purse strings, chess has seen a number of tournament sponsorships change hands from Hoogovens, then Corus and now Tata Steel. However, tournaments like Linares and the Melody Amber have disappeared altogether and are now relegated into the dustbins of history. The FIDE Grand Prix tournaments have struggled and Khanty Mansisyk seems to be the backup for these venues along with the deep pockets of FIDE President Kirsan Ilyumzhinov. Saying that… what new elite tournaments are emerging to replace those that were lost? Besides the emergence of theme tournaments such as China’s World Mind Sport Games, it appears that the London Chess Classic is the emerging elite tournament. The 2012 edition was a rousing success and a fan’s delight with Polgar and Nakamura adding more excitement to the field. Photos by Ray Morris Hill.

After four editions, the tournament has been hugely successful and doubles as a way to bring attention to London’s Chess-in-Schools project. During that ten days of chess, there is also an Open FIDE-rated tournament. Perhaps London will widen the tournament to include more players, but the tournament had developed a large following.

Along with the excellent coverage is a twist that features each of the participating players to give commentary on their off day. The Sophia Rules ensured that fighting chess was the order of the day and the players did not disappoint. Folks, it looks like we have a winner!

So… back to my tour in London.

Those who decide to visit London during the Classic will find a variety of landmarks including the Buckingham Palace, Big Ben, the Parliament and the Prime Minister’s quarters on Downing Street. You can also see the and Trafalgar Square seen in the latest Bond movie, “Skyfall” and of course the famous “London Eye” ferris wheel. There are many great places to eat including a variety of ethnic favorites. I have heard the the Indian restaurants in London are top notch.

Admittedly, the London underground rail system and infrastructure required serious upgrading to accommodate the city’s population size. During my travels within London, I saw elderly couples and the handicapped struggling to navigate the London rail system. No escalators or elevators! However, the airports have been undergoing renovations for the past decade to make travel easier. The 2012 Summer Olympics brought some of these upgrades as well. All in all, it appears as if London has a new chess tradition that will be a mainstay for many years to come.