Five years ago, there were a series of endings offered at The Chess Drum. We will restart this exercise with some basic endings and elevate to more complicated endings.

A practical chance to save a losing position.
Can you find the drawing sequence? 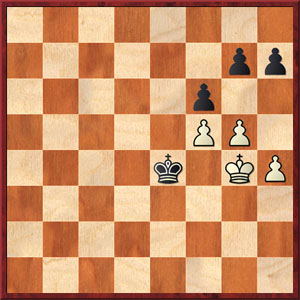 White to play and draw!