Those of us in the small community of chess journalism commit to this task as a labor of love. There is no quantifying the amount of time and energy invested in telling the story of chess to the world. Many of us who cover chess have full-time jobs in addition to the incredible full-time job of reporting chess news. Thus, it is shocking when (1) someone determines that our hard work does not constitute journalism (2) freedom to report is stifled and (3) journalistic efforts are used without consent for profit. 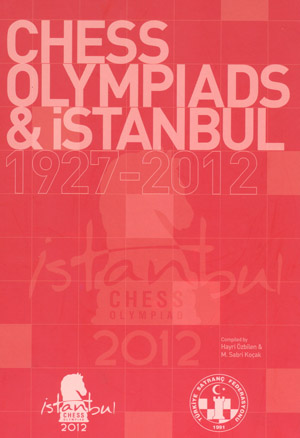 During the 40th Chess Olympiad in Istanbul, Turkey all three of these occurrences took place not to mention the payment of a 100 euro fee to cover the event. The case of Evgeny Surov is well-known to journalists, but it details the case where Surov was not allowed to cover the Istanbul Olympiad because it was declared by Ali Nihat Yazici that “he is not a journalist”. Peter Doggers at Chessvibes reported extensively on this. (see story)

One look at chess-news.ru and one would get the impression that it is one of the most resourceful bilingual sites out there for chess. Be that as it may, Yazici stated at the General Assembly that he wants to protect chess from damaging stories and thus, his actions were warranted. He has also stated that journalists should be required to register with FIDE and present press credentials (see story).

However, if this is Yazici’s initiative, something far more egregious occurred at the Olympiad. There was an official book sold at the Olympiad called, Chess Olympiads & Istanbul, a handsome compilation on the Olympiad tournaments from 1924-2012. Certainly the day the book hit the floor, I took great interest. I noted that the committee had done a great job in securing photos of the ongoing Olympiad for the book.

While the photo production in the book was slightly grainy, the pictures on the main website by David Llada and Arman Karakhayan were stunningly beautiful. Nevertheless, I thought about the value of the book and made plans to purchase it in helping me to identify players. 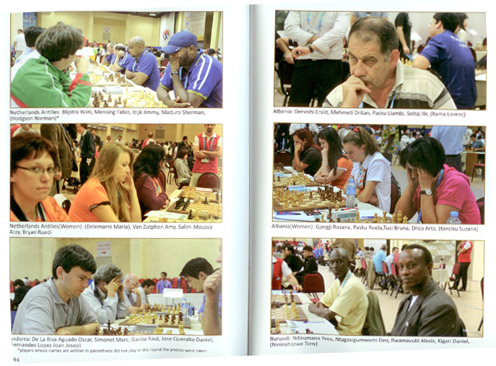 Useful photo section featuring all of the participating teams.

As I began to read the book, I immediately noticed a familiarity with material from olimpbase.org, an excellent website chronicling team events done by Wojciech Bartelski of Poland. I had communicated with “Wojtek” on occasion and was very familiar with his work. It appeared, upon initial glance, that the information had been taken from the olimpbase site with the format intact. “Good project for Wojtek”, I thought. That was until I noticed the authors being Hayri Özbilen and M. Sabri Koçak. I also looked for references to olimpbase.org and found it to be one of five references listed.

Nevertheless, I bought the book for 28 euros and immediately went to the olimpbase.org website and found that the contents of the books were liberally copied from the website, word-for-word… even colloquial expressions. It was a cut-and-paste exercise that any professor or teacher would admonish and fail a student on the spot. Below is an example from 1927 Olympiad in London: 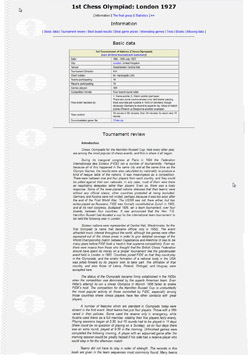 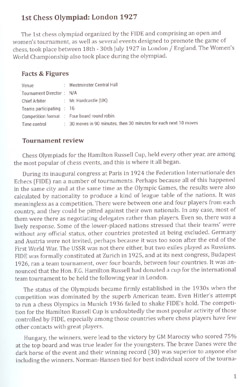 Images of respective narrations on 1927 Olympiad…
olimpbase.org on left, Olympiad book on right…
CLICK on images to enlarge.

This pattern is repeated for most every Olympiad entry with the exception of the ones that were not fully documented on olimpbase (2006-2012). After seeing this, I e-mailed Wojtek and informed him of the book and asked if he had granted permission. His words were, “Of course I did not give any permission.” I felt sadness because I know the hard work he put into compiling this information and actually building the website. The site has a following. In fact, on September 2nd (prior to book’s release), Mig Greengard of Chess Ninja had tweeted:

Well apparently many people know about it and see the value. Unfortunately, some have moved to capitalize off of Wojtek’s work without giving due credit. Strangely the entire episode seems ironic. Ali Nihat Yazici admonished Surov about his journalistic ethics, yet whether he is aware or not, he has an endorsement letter in a book that appears to violate all principles of copyright protection. Wojtek’s invitation of “fair use” has been overreached. 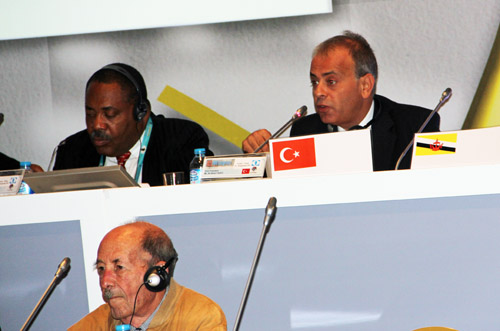 This was an egregious violation of a writer’s creative ownership and if FIDE’s Yazici wants to set a commission on journalism ethics, then this should be one of the first cases. The violation of Wojtek’s work is something that should be condemned by FIDE of the highest order and motion set for sanctions against the violators and reparations to Wojciech Bartelski.