On Febuary 16, 2012, Diamond went 6-0 to win the Elementary District Chess Title for the 4th Consecutive Year! There were 42 Schools competing and 76 competitors playing for the Title! Diamond is in the 5th grade. Diamond is 24-0 in Columbus City Schools and attends Eastgate Elementary (Carol Wheat, Principal)! The Tournament has been held for 26 years and this is 1st Time for a repeat… four years in a row! Ms. Shakoor is also an accomplished singer! 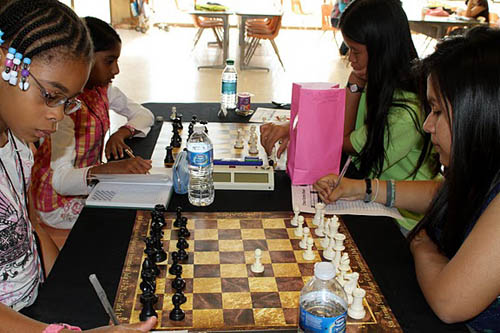 Diamond now prepares for the All-City Honors Choir Presentation in Columbus on March 17, 2012. Diamond’s next major Chess Event is in Chicago in April 20-22, 2012; All Girls Chess Nationals!

For more information about this young genius or to schedule a Youth Event, contact 614 309-5021 or urban.kings@yahoo.com. To assist with sponsorship for Diamond to travel (hotel, airfare) to compete, please forward correspondence to: