Nairobi Chess Club continues to make waves in African chess. In 2009 it organized the first internet match against the famous Wageningen Chess Club who had Jan Timman on Board 1. In 2011 the club organized Grandmaster Dimitri Reinderman’s visit to Kenya.

“Migingo” is a small 22,000 square feet island with 131 inhabitants and in the middle of Lake Victoria which is claimed by both Uganda and Kenya.

The venue was the famous Goan Gymkhana Club which is the current home for Nairobi Chess Club. Time control was 90 minutes plus 30 seconds increment from move 1. The event was FIDE rated and was transmitted live on www.playchess.com. 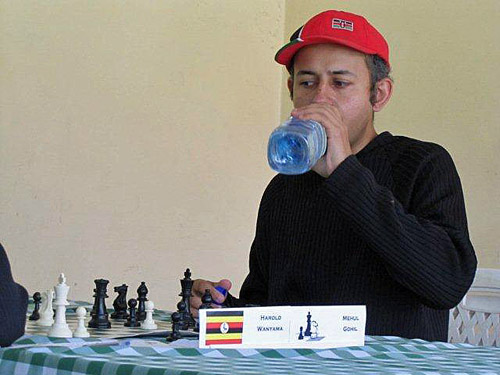 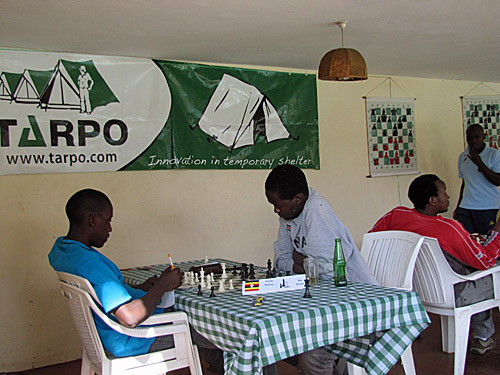 The event was sponsored by Vice-Chairman of the Nairobi Chess Club – Peter Gilruth who was one of the players and long- time chess support – Tarpo Industries Ltd.

At the end of day 1 Nairobi Chess Club were left licking their wounds with a 4-nil loss in round 1 and a 2½-1½ point loss in round 2.

Day 2 was not so good for Nairobi Chess Club who went down 4-nil in round 3, but recovered to win round 4 with 2½-1½ points. 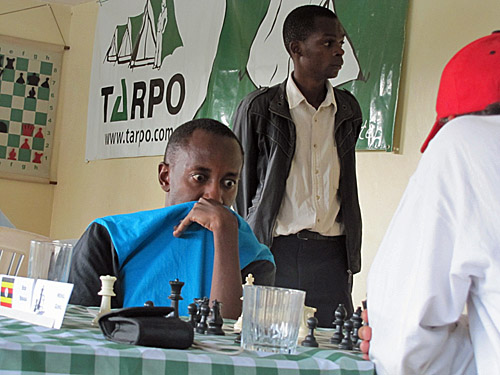 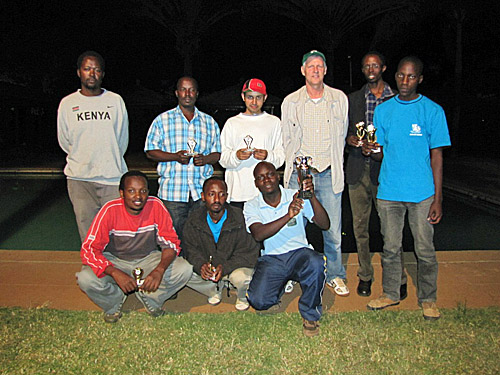 Participants of “The Battle of Migingo” 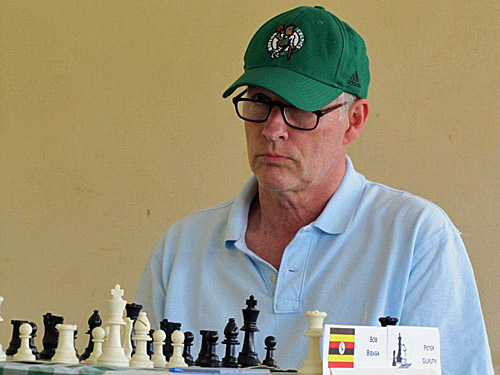 Peter Gilruth, VP of Nairobi Chess Club and sponsor of the event.

2 Responses to “The Battle for “Migingo””