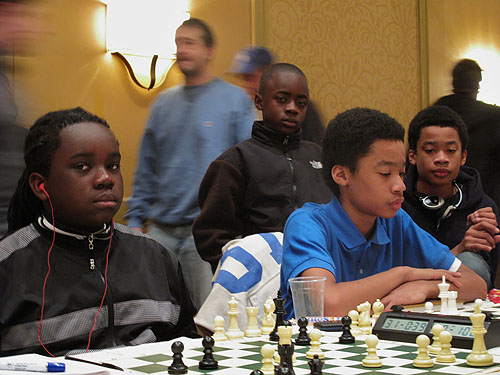 In perhaps the strongest young team assembled at the tournament, Justus Williams, Josh Colas, Jehron and Nigel Bryant competed in the U.S. Amateur Team East championship. The four have been battling on the east coast and have developed close friendships. This will become important as they continue to improve and move toward Master level.

The team scored 4/6 and the individual scores were as follows,