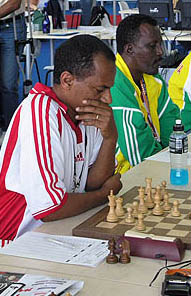 Ethiopia had a very difficult time getting to Dresden for the 2008 Chess Olympiad. Having to navigate through the challenges of the visa process, they were able to travel and make a good showing. Of particular note was Desalegn Fekadu’s draw with a GM Alexander Baburin of Ireland.

Kebadu Belachew (right) thanks ChessBase for this accomplishment. During the Olympiad, Belachew was responsible for helping the team prepare for opponents, but the Internet was slow and it made the process unfeasible. After visiting the ChessBase vendor, they decided to donate software to the federation.

Immediately, Ethiopia put the software to work and Fekadu’s draw was due to preparation. “It helped us tremendously,” stated an elated Belachew.

In addition, DGT Projects donated a number of digital clocks which were put to use in a youth tournament. DGT has become the leading innovator is digital chess technology. Euro Schach Dresden donated sets and boards and the federation was able to provide children with the environment for a small tournament.

The recent youth tournament in Addis Ababa was in appreciation for the donations. Belachew asserts that chess is capable of helping the youth avoid negative influences. His hope is to help children socially and to lead balanced lives. The Ethiopian Chess Federation organized the youth event. Belachew, based in the USA, stated he was elated that they were able to show appreciation to the donors. He joins the federation in giving thanks to ChessBase, DGT Projects and Schach Euro for helping to make a difference! 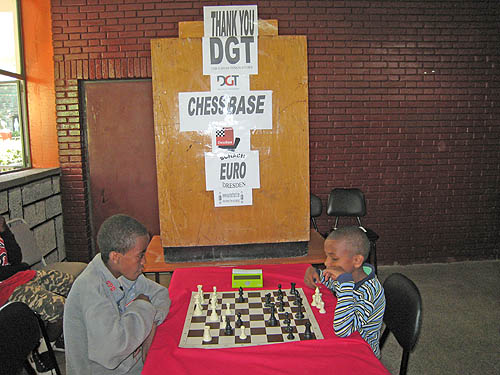 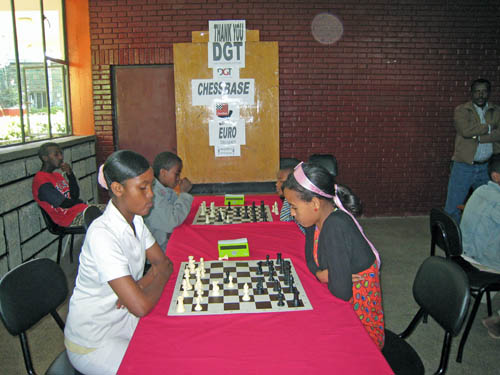 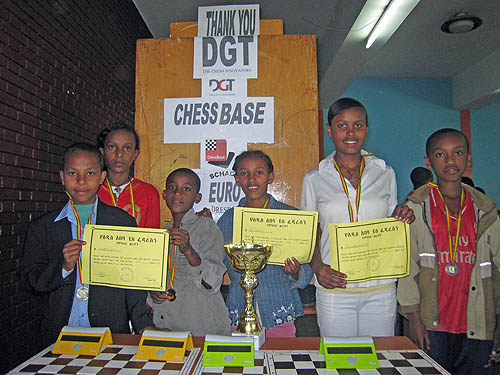 Proud winners are all smiles! 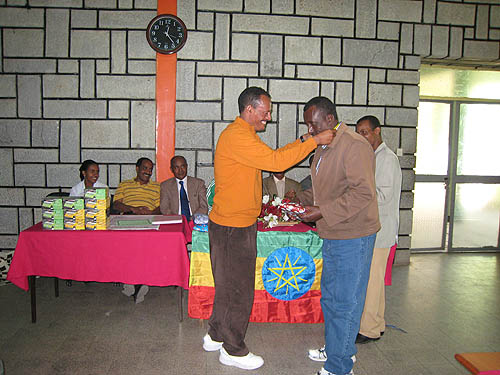 4 Responses to “Ethiopian Chess thanks Donors!”