The Drum Beats in Shanghai, China! 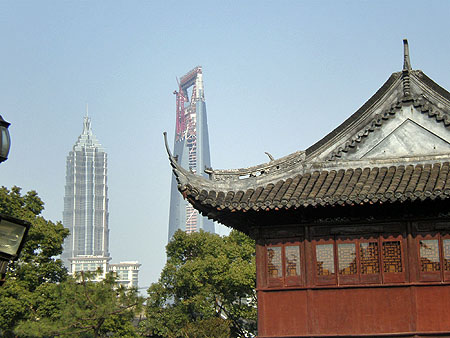 China: The old and new
Photo by Daaim Shabazz.

Ni Hao! (means “hello” in Chinese) I’m in Shanghai now. 😎 We’re 14 13 hours ahead of EST time. I am here as part of a university delegation, but I will certainly look out for chess. I’m going to Shanghai University and I believe either Bu Xianghzi or Wang Yue goes there. I believe Beijing is where the national team trains. I’ll be in Beijing for three days. If anyone has a contact, let me know! Thanks!!

I had a hard time getting onto The Chess Drum and I thought the site was blocked in China, but I am going through a proxy server. We’re in a nice hotel… the Hua Ting Hotel and Towers in downtown Shanghai. Three of us went for a walk last night and the more countries I go to, the more the large cities begin to look alike. That is globalization.

31 Responses to “The Drum Beats in Shanghai, China!”