Darrian Robinson shines in Ecuador!
Darrian Robinson traveled with her mother Cenceria to her first international trip to participate in the Pan-Am Games held in Cuenca, Ecuador. The tall 11-year old got off to a sizzling start with 4½-1½ before tailing off in the last three rounds with ½-2½. Her 5-4 score is still quite an accomplishment and she received rave reviews from American coaches and cited her natural talent. 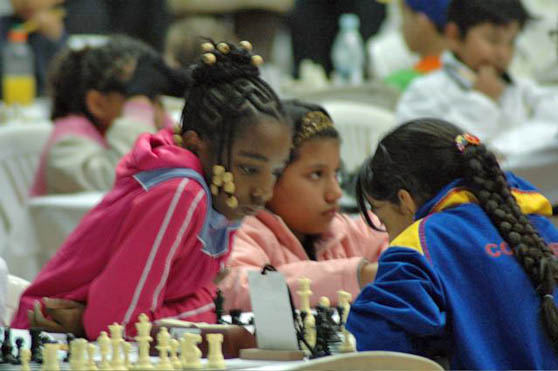 Darrian recently played in the World Open and tallied 5-4 in the under-1800 section. This is amazing when one considers that she took up chess at Brooklyn’s P.S. 308 2½ years ago. The 6th grader has also earned the right to compete in the World Youth Chess Championship in Batumi, Georgia.

“I write with great urgency. Presently I write for you to publish an article telling Ronnie story in Ecuador, which has been full of a lot of struggles.

Firstly, on his arrival to Caracas, he had to overnight in the airport awaiting for an issuing of an Ecuadorian visa, (US$250). This was something we were told would be issued in Ecuador.”

In a later e-mail, the story changed?

“We were told that a visa wasn’t needed by the Vice-President of the Association, they were quite uninformed of a lot of things, I think the language was a barrier, so many things were learned the hard way, hence this dilemma.” 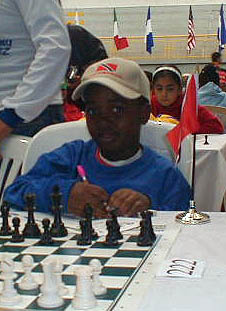 Regardless of which party was a fault for the misunderstanding, RJ had to forfeit the opening round. Despite forfeiting the first round, RJ was still able to able to win five straight games at one stretch. He ended on 5-4 despite his many distractions at the beginning.

Who will be the next Black Grandmaster?