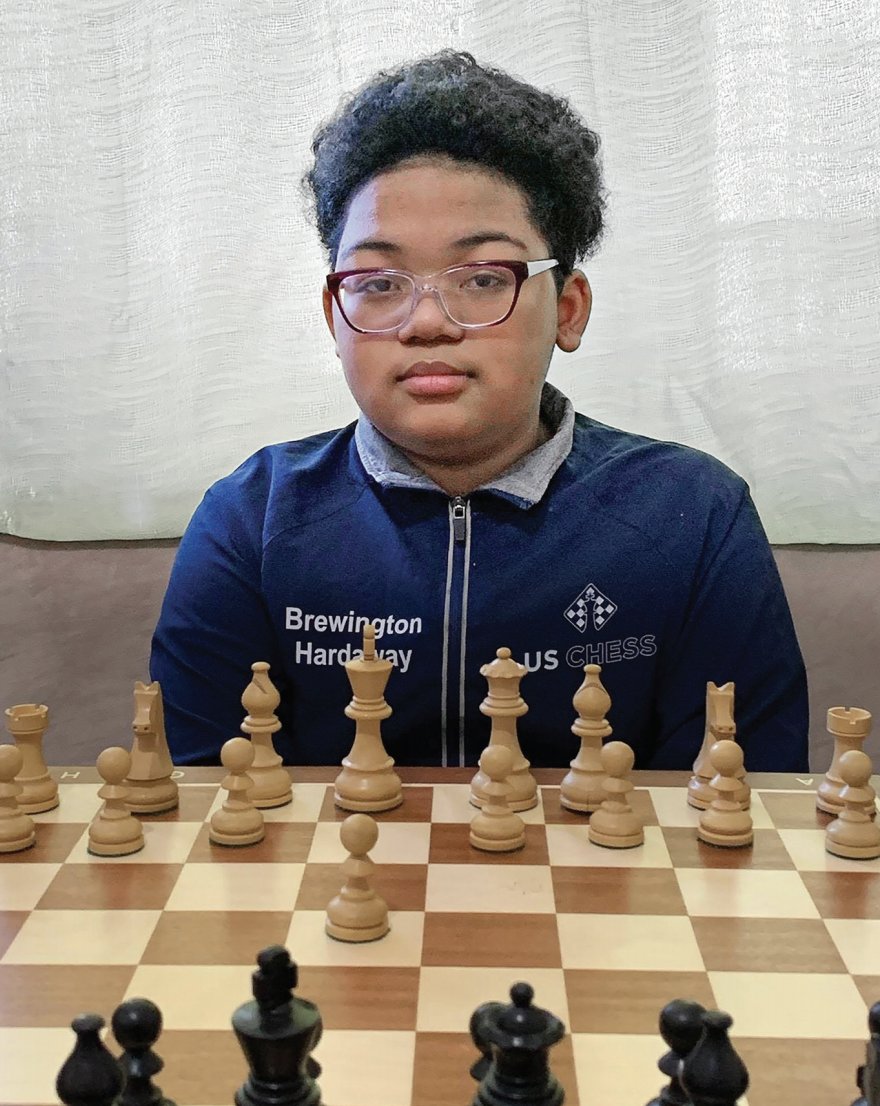 Top-seed Brewington Hardaway won the K8 National Championship on tiebreaks over four co-champions. All ended with 6/7. Now 13, Brewington has continued to improve and adds the K8 title to add to the 7th grade title he won at the K12 Championships in December. He also got 9/9 in the XXXI Pan American Youth Chess Festival in September.

Brewington became a National Master at age 10 and is aptly known as the “BrewMaster.” Perhaps he is also known as Noni Hardaway’s younger brother since she is a scholastic standout in her own right.

According to his essay on chesskid.com, it was during Noni’s chess classes that he gained an interest in chess. The played in his first nationals in Nashville, Tennessee and left with a post-tournament rating of 388. Now nearly 2000 Elo points later, he has blossomed into a budding star and attends Speyer Academy.

The individual K-8 Co-Champions are (listed in tiebreak order):

Geopolitics and the Diverse Voices in Chess