One powerful piece of African history is often forgotten or ignored and it has a tremendous relationship to chess. It is known that the Moors brought the Persian variant “Shatranj” into Spain after the incursion of Tariq ibn-Ziyad. Tariq commanded his 7,000 soldiers across the strait into al-Andalus (modern-day Spain) and landed on Gebal al-Tariq (Gibraltar or “Mountain of Tariq”) in 711AD.

Shatranj was derived from “Chaturanga,” a board game originating in India in the 6th-century featuring only four types of pieces: elephants, chariots, cavalry, and infantry. Two more were added in Shatranj. 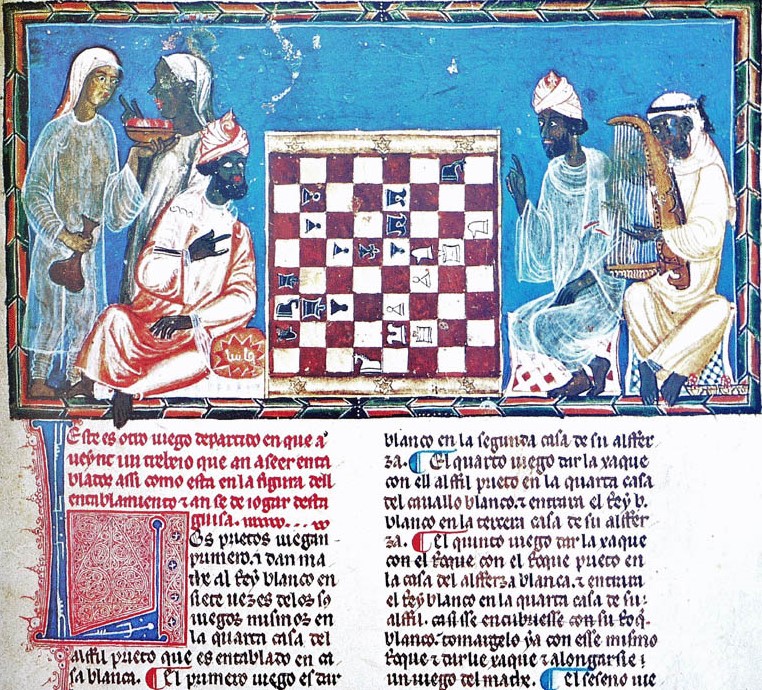 Painting Of Moorish Africans playing chess from The Libro de los Juegos (BOOK OF GAMES) commissioned by Alfonso X of Castile, Galicia and León and completed in Toledo, Spain 1283 AD

During the occupation of Spain, shatranj was widely played in casual tournaments and in blindfold exhibitions. Bear in mind that there were many other board games vying for the attention of citizenry and the Moors were not the only adherents of board games in Spain. There are other depictions of Spanish paintings showing games being played.

The Game of Shatranj

One must ask the question, “Who were the Moors?” There was an insightful piece written by Erin Blackmore of National Geographic with such a title. For starters, we can look at the word “Moor.” “Moor” itself was used synchronously with “Negro” in the European Renaissance. There were many spellings for “Moor” which included “Moro,” “Moir,” “Mor,” “Mora,” “Maure,” “Maurus,” “Morisco,” “Moorens,” “Moreno,” “Moricaud” essentially meaning “Black” or with a “swarthy appearance.”

Click on the image below for a Google on “Moor” 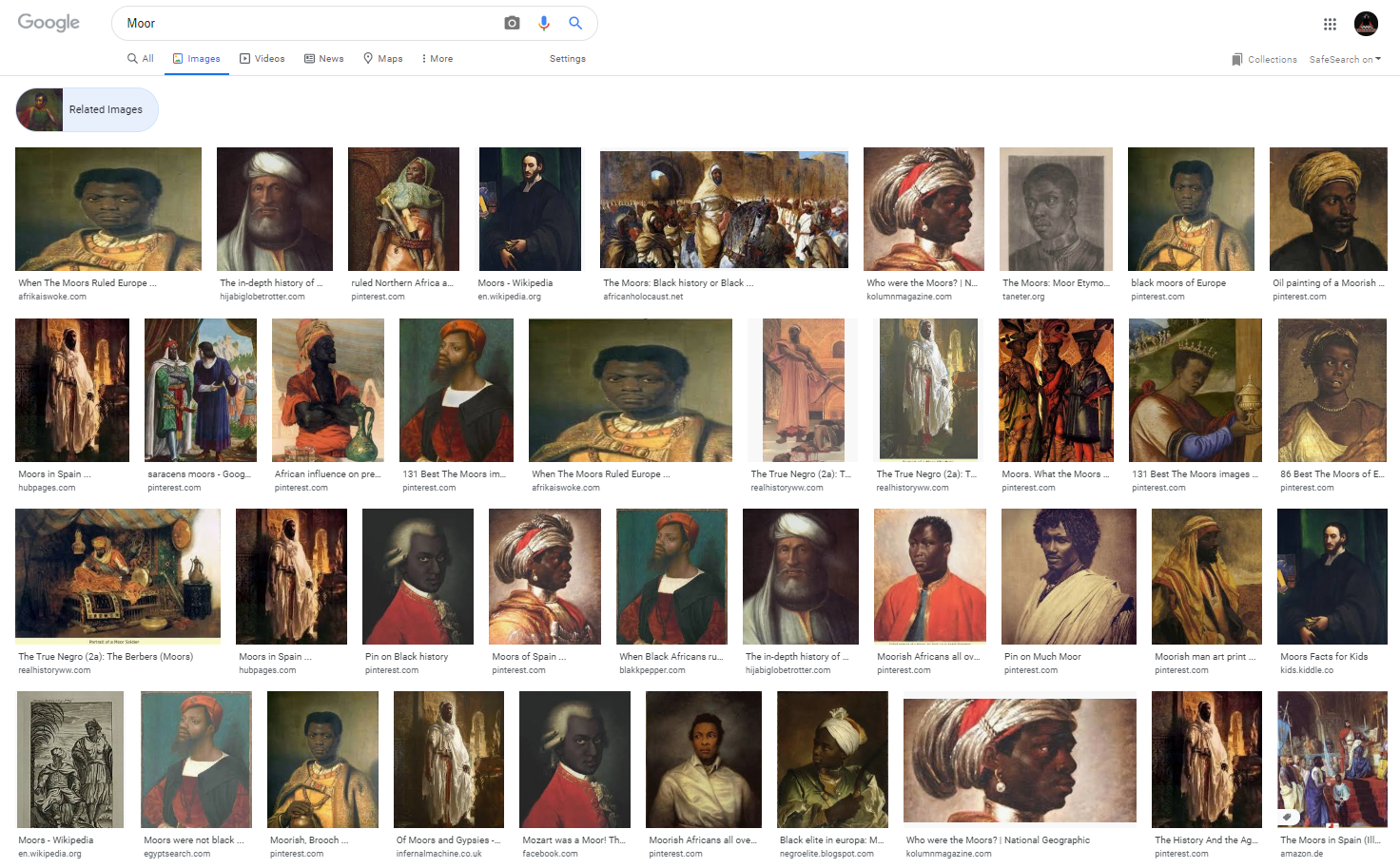 In my article, “The Black Genesis of Chess – Moors of Spain,” I described the end of the reign and emergence of chess.

The Moorish empire went through many tests and dynasties before political and social fractures contributed to the downfall of an empire lasting almost 800 years. The Moors signed the act of capitulation (equivalent to resigning) and surrendered their last stronghold, Granada, in 1492. What follows is interesting. Queen Isabella (Isabel da Católica) of Castile was looked at as a key figure for her support in the “Reconquista” to drive the Moors from Spanish soil.

In addition to the Queen, King Ferdinand of Aragon backed Cardinal Ximenes de Cisneros who would order the destruction of Moorish libraries and mosques and subsequently, their expulsion and slaughter. After this period, Shatranj was modified!! New rules were added such as castling, two-square pawn advance, and en passant capture. 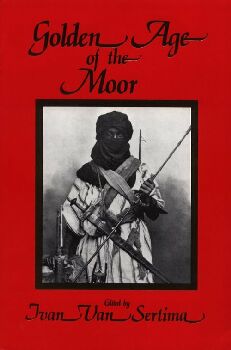 For nearly 800 years the Moors carried on the shatranj tradition before being driven out of the Iberian peninsula in 1492. Despite the expulsion of the Moors, the Spanish found beauty in shatranj and decided to make it into their royal image. The Spanish renamed the figures and fashioned them into royal icons.

In honor of Queen Isabella, the queen developed wide-ranging powers, the pawn received an extra square upon the first move, and there was a strange maneuver involving two pieces called “castling.” After the new rules became widespread, Ruy Lopez de Segura, a 16th-century Spanish priest, became one of the first theoreticians of chess. The famous opening bears his name.

Of course, this is not to say that the Moors created modern-day chess, but they certainly were ambassadors of Shatranj, the direct ancestor of chess. While Sa’id bin Jubair, a Sudanese, played shatranj as early as the 7th century, it would find its way across the Sahara and into the Iberian peninsula.

While the new form of chess was not widely spread in Africa, it may have had a few adherents. Of course, during this time we had the incursion of Cristobal Colon (Christopher Columbus) and the beginning of the Trans-Atlantic Slave Trade. Some of those taken captive were erudite Muslim scholars and must have known of other chess variants. Some have argued convincingly that Africans previously traveled across the Atlantic prior to the slave trade, but there is no evidence that shatranj made the trip. Below is a postcard showing Algerian Moors playing a board game in the 1800s, but it does not appear to be modern-day chess.

It is puzzling why chess had been slow to filter into present-day Africa while the continent produced some of the world’s top draughts players. The answers to early chess in Africa may lie in the libraries of Mali, Senegal, or even Granada, but until then, we will honor the Moors for their role in the evolution of chess into what we know today. If the Moors were masters of strategy, then their descendents seek to carry on the tradition.