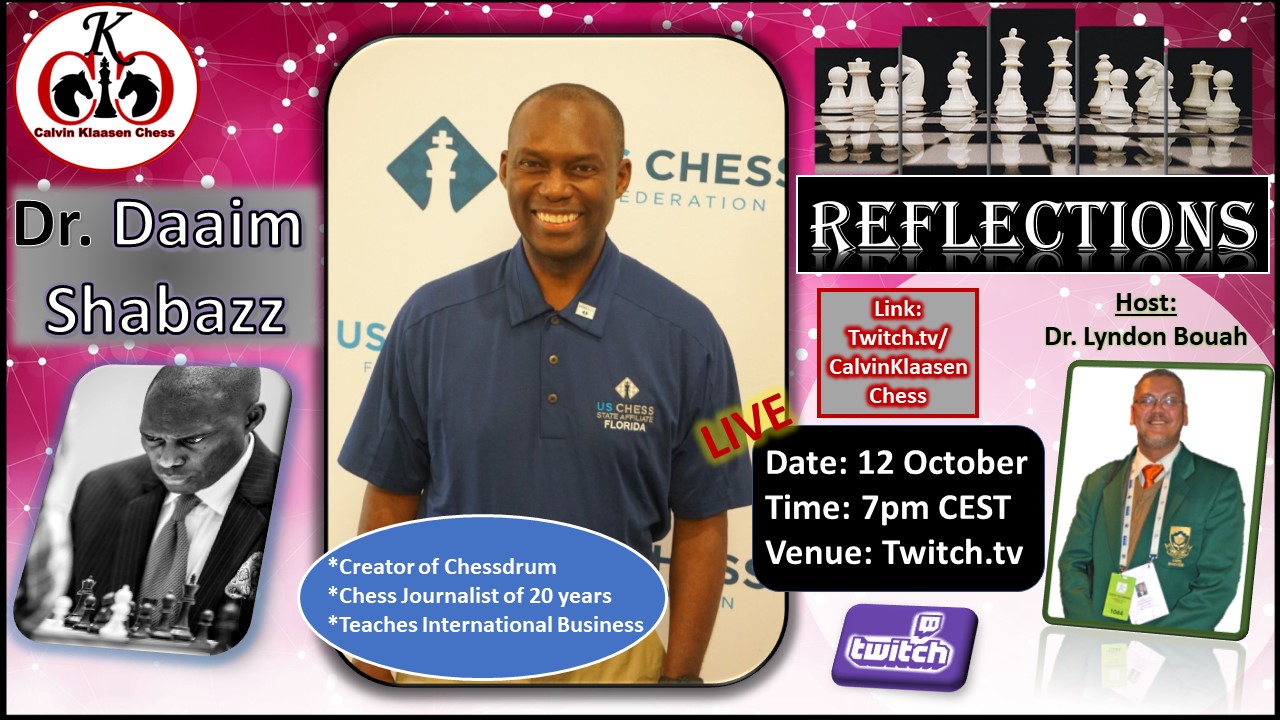 Tomorrow The Chess Drum’s Daaim Shabazz will be on a show called “Reflections” hosted by Lyndon Bouah, a long-time chess advocate for South Africa. The two met 2004 at the Chess Olympiad in Calvia, Spain. 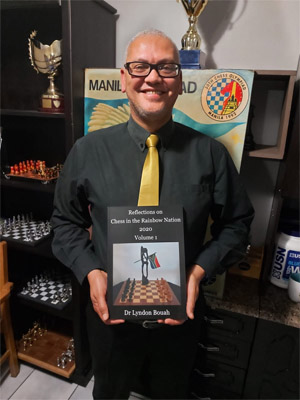 Dr. Lyndon Bouah with “Reflection on Chess in the Rainbow Nation.” Photo courtesy of Lyndon Bouah.

Bouah is considered to be one of the foremost historians on South African chess history and has written a book recently titled, “Reflection on Chess in the Rainbow Nation.” He has served as a South African delegate to many Olympiad tournaments and remains very active in extolling the virtues of chess. He serves as the Chief Director for Sport and Recreation in the Western Cape Department of Cultural Affairs and Sport in the Western Cape. Shabazz is the creator of The Chess Drum which celebrated 20 years in existence earlier this year.

Tomorrow, October 12th, 2021 at 7pm (South Africa) and 1pm (New York), Bouah and FM Calvin Klaasen will host me on Twitch for an hour-long show. Klaasen has a popular channel on Twitch and has interviewed some very interesting personalities. The segment will include dialogue (20 minutes), Q&A (20 minutes), and then 20 minutes for two of my games.

Come and join us!