The 2019 Florida State Championship is back on again!

After Hurricane Dorian wreaked havoc in the Bahamas and was headed toward southern Florida, emergency measures were taken and the Labor Day weekend tournament had to be cancelled. Florida Chess Association (FCA) Board Member and tournament organizer NM Bryan Tillis has announced the rescheduled dates for next month. Following is the announcement… 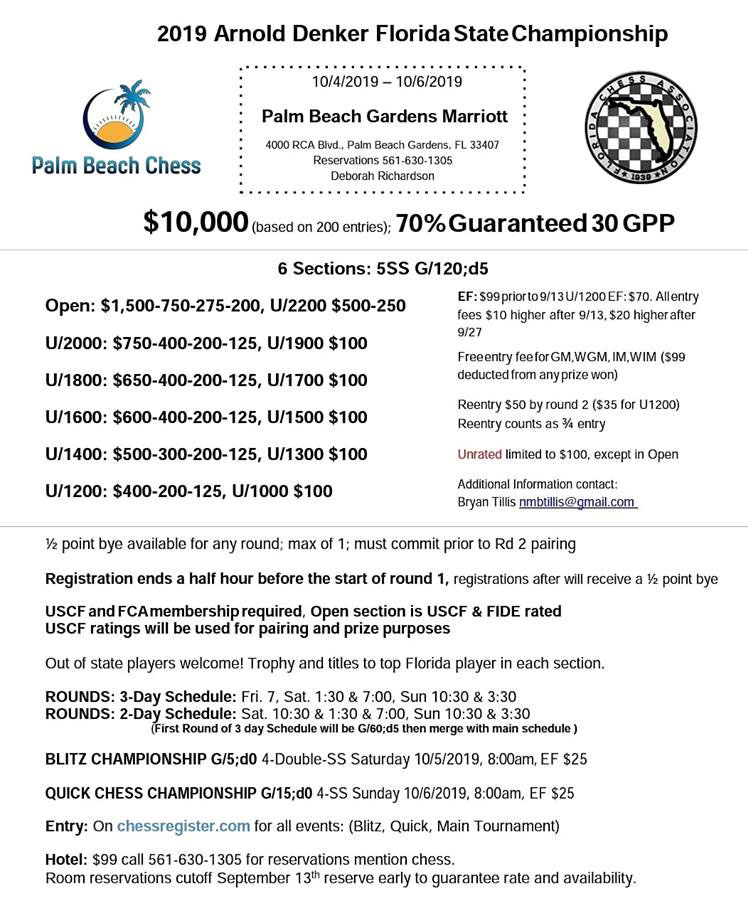 On Sunday morning of September 1st, the Florida Chess Association Board of Directors met via teleconferencing. FCA Membership was up 58% from last year and before the cancellation, there was also an increase in pre-tournament entries from last year’s state championship in Jacksonville. We hope to recoup all the entries and see an increase since some may have had other plans for Labor Day.

The Board certified the election of the new Board of Directors for 2019-2020. They are as follows:

FCA Board of Directors