It is rare that one gets a perfect score in a chess tournament. The most famous example is Bobby Fischer’s 11/11 at the 1963-64 U.S. Championship in New York City. As a result, he got an interview on the cover of Life magazine. Spencer Masango of Zimbabwe will have to settle for coverage in African-oriented chess sites. Nevertheless, he turned in a “Fischeresque” performance with an 8/8 rout of the 2019 Zambian Closed Championship. 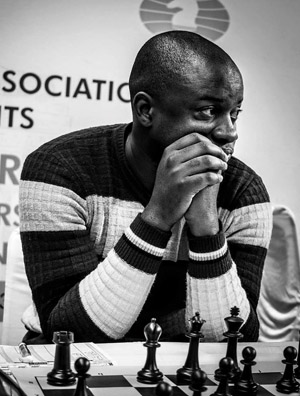 Masango, affectionately called “Spoon” in chess circles, went to neighboring Zambia as the 21st seed in a sea of Zambian sharks. Top-seeded FM Douglas Munenga along with International Masters Kelvin Chumfwa and Richmond Phiri try to hold home court. Zambia would also have Prince Daniel Mulenga who was just coming off a creditable performance in India so the field would not be an easy one. The countries share the world wonder of Victoria Falls, but this year, Masango took did not have to share first place.

A couple of upsets kept the contenders at bay after Chumfwa fell to Ronald Sakala (1862) and Mulenga lost to Gift Phiri (1872). In the first half, Phiri was nicked for a half-point by Osward Tembo (1939) and Midosantos Chola (2014). Unfortunately for the Zambian brass, Masango kept winning. He actually clinched the tournament after his win in round seven over James Dimba and ended the campaign by beating top seed Munenga capping off a perfect tournament.