All chess roads lead to Africa! On Tuesday, May 7th, ten of the world’s strongest players will gather in Abidjan, Cote d’Ivoire for the Grand Chess Tour Rapid & Blitz. It will feature the resurgent World Champion Magnus Carlsen who recently won his third straight supertournament by winning the Grenke Classic in fine style. Now Carlsen heads to Africa for his second visit since Libya, but the first sitting champion who has played a competitive game on the continent.

Carlsen will be joined by a number of contender including his rival in quick play, Hikaru Nakamura. One cannot forget the blitz match they had in the hotel room after the 2010 World Blitz Championship. Both will lock horns once again. The field is set!

The 2019 Cote d’Ivoire Rapid & Blitz is one of four new events that will be joining the Grand Chess Tour roster in 2019. The tournament has been made possible by a partnership between Vivendi SA, Canal+ Group and the Pullman Abidjan Hotel. The tournament will be the first stop on the 2019 Grand Chess Tour and will be the first tournament on the African continent to ever feature the participation of the reigning world chess champion. Participants will compete over 9 rounds of rapid chess and 18 rounds of blitz chess for a total prize fund of $150,000.

Dr. Essoh Essis and the Ivorienne Federation Des Echecs have been working hard and guests are already filtering into Cote d’Ivoire, or the “Coast of Ivory.” GM Maurice Ashley will be reporting live from Abidjan and the broadcast will be covered by the St. Louis Chess Club. Live commentary will be conducted in English and French starting May 8th at grandchesstour.org at 9:50am CST. The Chess Drum will also be covering the event. 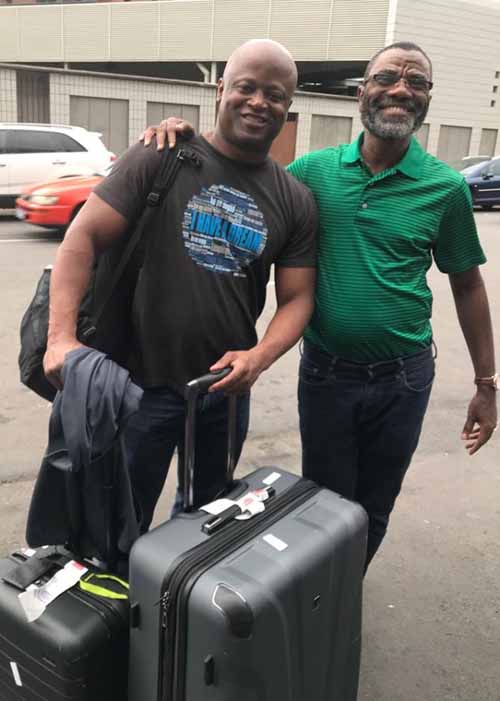 There will be other events taking part of this festival. The Economic Community of West African States (ECOWAS) will be abuzz with chess activity during this historic week. Players will be drawn from various countries and hopes to spur chess growth in country where draughts is still king… but not next week! Stay tuned!