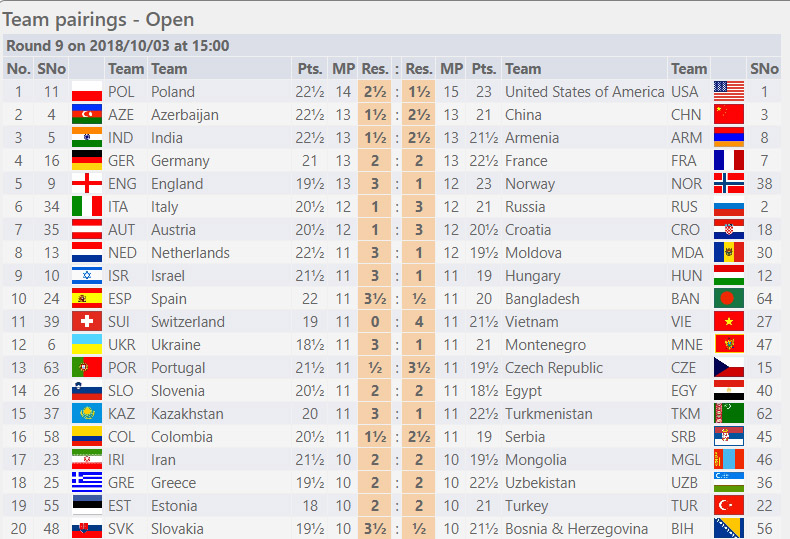 Top story of today was the election of the new FIDE President, Arkady Dvorkovich. He becomes the 7th to hold that position and his election concludes a thrilling campaign battle with Georgios Makropoulos.

However one cannot ignore the fact that “Polska” was the theme of the round! Poland beat the USA in a tight battle to take sole lead of the tournament and pushing the Americans to second. Poland won on the strength of Kacper Piorun’s win over Hikaru Nakamura. This left it to Fabiano Caruana to try to win his game against Jan-Krzysztof Duda.

Caruana was able to get the R+B vs. R ending but the Polish phenom held and earned the match victory. Polish (open team) has not won a medal in the Olympiad since 1939, the even of World War II. The women won a silver in Baku and the men want to add to the national treasure of accomplishments!

Here was the ending caught by ChessBase India…

In other news China and Armenia won their matches and fall in 3rd and 4th positions. It will be a very thrilling final two rounds with spoilers waiting in the wings.

For round ten, key matchups are: 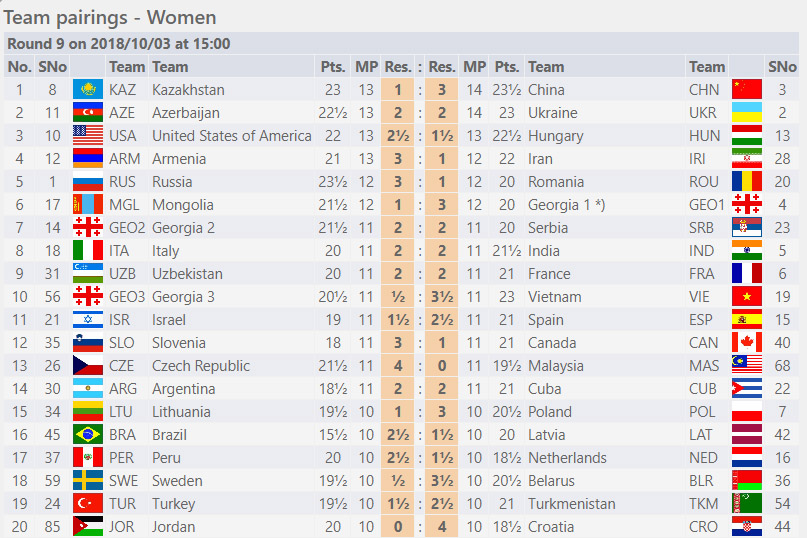 China continues to roll through the field with yet another win over Kazakhstan. This time it was the bottom boards carrying the load as the young Kazakh team could not hold the Chinese. Lei Tingjie is sitting on 7.5/9 and is in medal contention.

Azerbaijan-Ukraine was a drawn match trading wins on boards 1 and 3 and the USA got past Hungary with Tatev Abrahamyan winning nicely against Ticia Gara. Armenia took a 3-1 verdict over Iran and Russia is still trying to sneak into the medal picture with a 3-1 win over Romania.

After a disappointing 6th round loss to Armenia, the Russians have won three matches in a row with big scores.

Posted in Olympiad, Tournaments | No Comments