The chess world lost another pioneer the other day when National Master Kenneth Roger Clayton passed away on December 26th. The 79-year old Maryland resident was a person of consequence: a scholar, chess master, loving father/husband and scuba diver. He was the 4th African-American to earn the title of National Master. 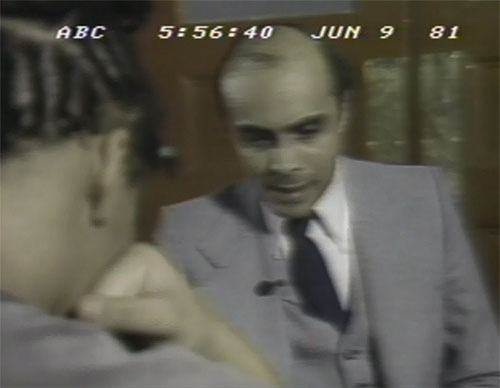 When Paul Truong announced Clayton’s passing, you could feel the outpouring of emotions.

I am so sorry to bring bad news. NM Kenneth Clayton, my 1st and only chess teacher in Saigon, South Vietnam, and one of the first African American to earn the National Master title, passed away yesterday. His daughter Darlene just informed me.

RIP Mr. Clayton, you will be missed, and thank you for being a chess role model for me!

Darlene Clayton told The Chess Drum that her father passed away on December 26th after a battle with Alzheimer’s. At the time of his death, he lived in Columbia, Maryland with his wife Miriam Parker Clayton. Born, July 26, 1938, Clayton came from a hard-working family and attended the prestigious Dunbar High School in Washington, DC. He was salutatorian, student leader and earned admission offers from all of the Ivy League institutions on the east coast. 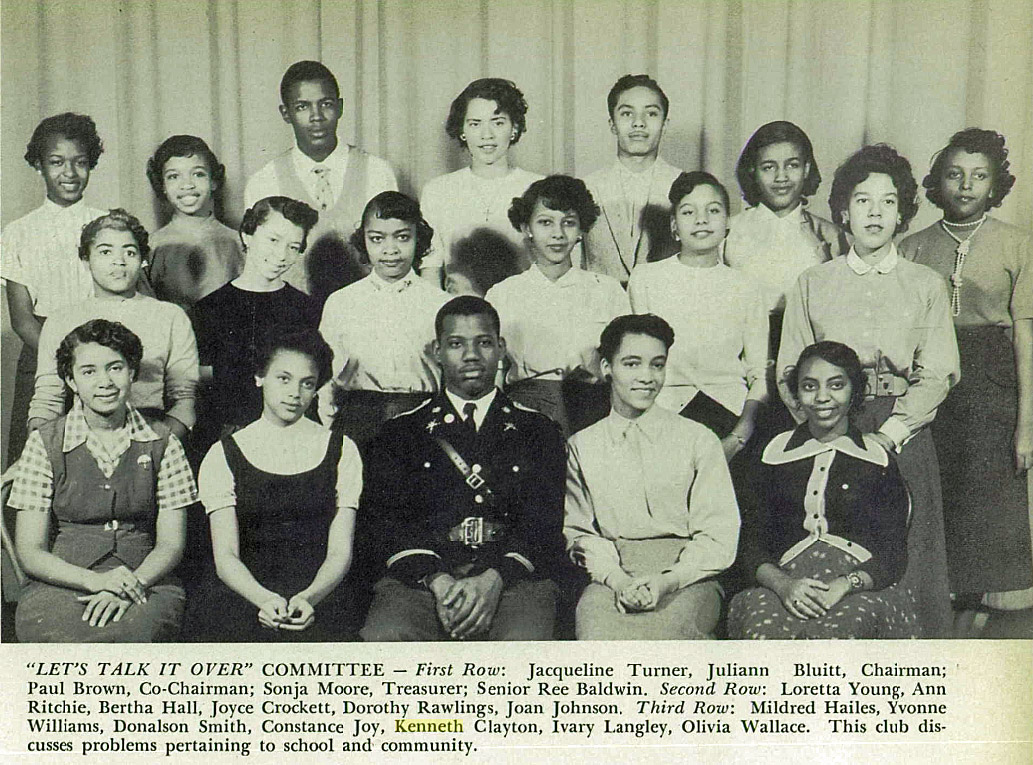 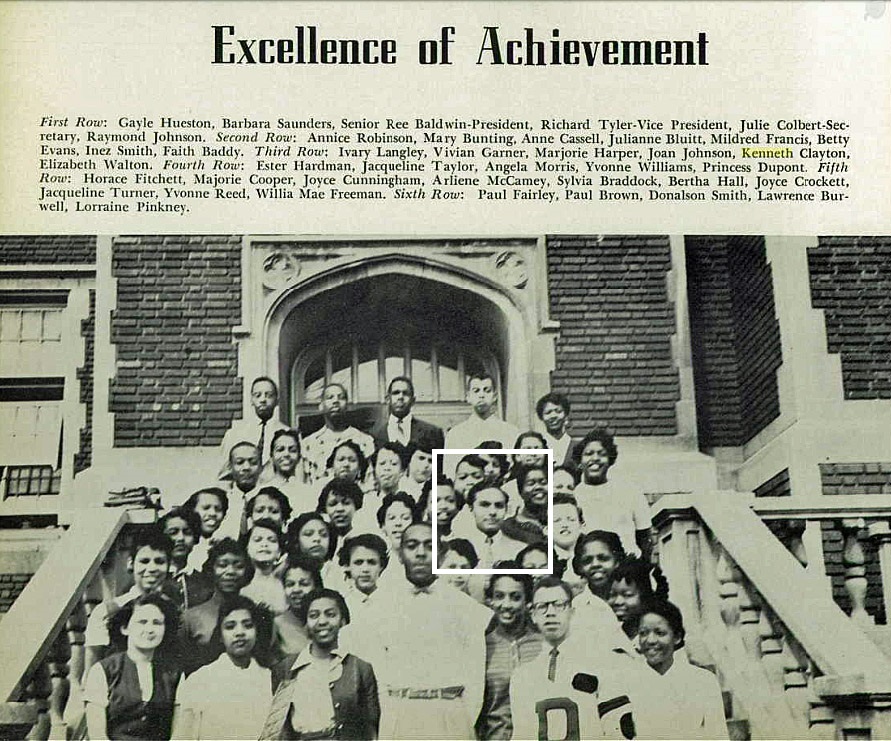 The 17-year old standout chose Harvard College and enrolled in 1955, the same year he took up chess. For the next two years, he became engrossed in his chess activities and played for Harvard Chess Team along with Shelby Lyman, Arthur Freeman, and G. Sveikauskas.

In a bold step, Clayton decided to leave the university and take a decidedly different path. His younger brother Robert Clayton would continue the tradition and graduated from Harvard before going to George Washington Law School to become an attorney. While he was still focused intently on chess, he was also smitten by Serilda Taylor and they were married in 1961. 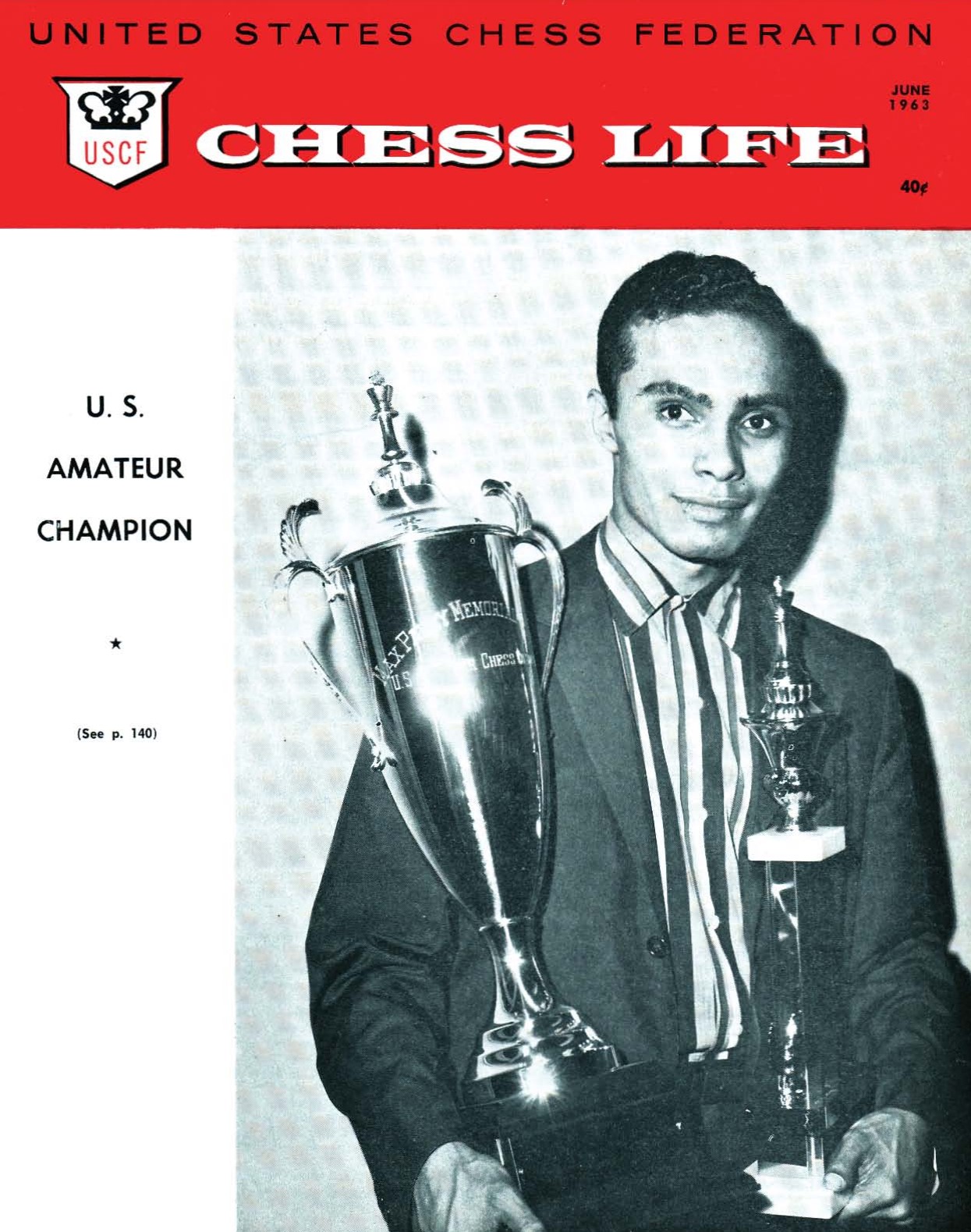 Clayton’s first rated-tournament was the District of Columbia Open in 1959 in which he placed 6th. He got an impressive rating of 2020 as a result. In the early 60s, the Claytons bore two daughters. Darlene found humor in the fact that her father tried to expose his daughters to chess to no avail! “I couldn’t sit still that long,” she joked.

At this point, Clayton became deeply involved in computing sciences and was a specialist at Hydronautics, Inc. in Laurel, Maryland. At that point, he was still trying to maintain his chess activity along with family duties. During Memorial Day weekend in 1963, Clayton entered the U.S. Amateur in Asbury Park, New Jersey as the 8th ranked player in a field of 160 players.

With a rating of 2102, the 24-year old Clayton had kept pace with other youthful front-runners. Going into the last round, three players had 5-1/2 points, Clayton, Stan Tomchin and David Daniels. Clayton quickly drew with Tomchin and Daniels was held to a draw by Charles Rehberg. As a result, Clayton won on superior tiebreaks among several players ending with a 6-1 score. Here is his game with Milton Danon, who would later win the 1979 U.S. Amateur.

For the next few years, a number of events would change the course of his life as he continued to pursue chess ambitions. He took on a contract as a computer specialist in Vietnam. While Clayton was not involved with military operations, he was there during Vietnam’s conflict with the U.S.

Finally, Clayton would eclipse the 2200 rating barrier in June 1967 and earn the National Master title. He was the fourth Black player to earn the accolade. Walter Harris, Frank Street, and Leroy Jackson preceded him. While working in Vietnam, Clayton won the 1968 Vietnam Chess Championship held at the Tan Son Nhut USO in Saigon.

“He was one of the kindest people you can ever meet.”
~Paul Truong

In around 1970, Clayton met Tien Truong and his 5-year-old son Hoainhan Truong, who assumed the name of “Paul.” His father had already taught him the basic chess moves. Despite the fact that the boy couldn’t speak English, Clayton took the inquisitive and curious boy under his wing. He taught him the finer points of the game, took him to tournaments, and soon recognized that he possessed a talent for chess. 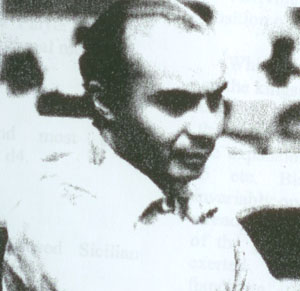 Randall Hough captured this relationship in a September 1986 article in Chess Life magazine. He interviewed Clayton in Saigon and asked about Paul, who had created a sensation by winning the equivalent of the national championship at age eight!! While the boy enjoyed swimming and other games, chess seemed to intrigue him. Clayton gave this assessment of Paul’s potential…

“He was always attentive, retained what I taught him, possessed good nerves and evaluated positions objectively. I recall one game against a strong player, whom Paul defeated in an ending in which he used a Bishop to trap his opponent’s Knight on the run of the board. Playing virtually a piece up, he just walked in with the King. He had seen a similar maneuver in one of my games.”

The relationship continued after the Vietnam War was over. Both Tien and Paul endured a tortuous journey to arrive in New Jersey December 1st, 1979. You can read Hough’s article here. On June 17th, 2007, The Chess Drum ran an article about Truong and Clayton’s special kinship. Truong sent The Chess Drum the following note about Clayton:

“He is the most instrumental person in my chess career (other than my father) who took me to all the chess tournaments when I was young. It was quite a challenge because we could not communicate with each other except for hand signals and pointing things out on the chess board. I developed my playing style through him. In addition to chess, I learned how to properly act on and off the chess board. He is a class act.” 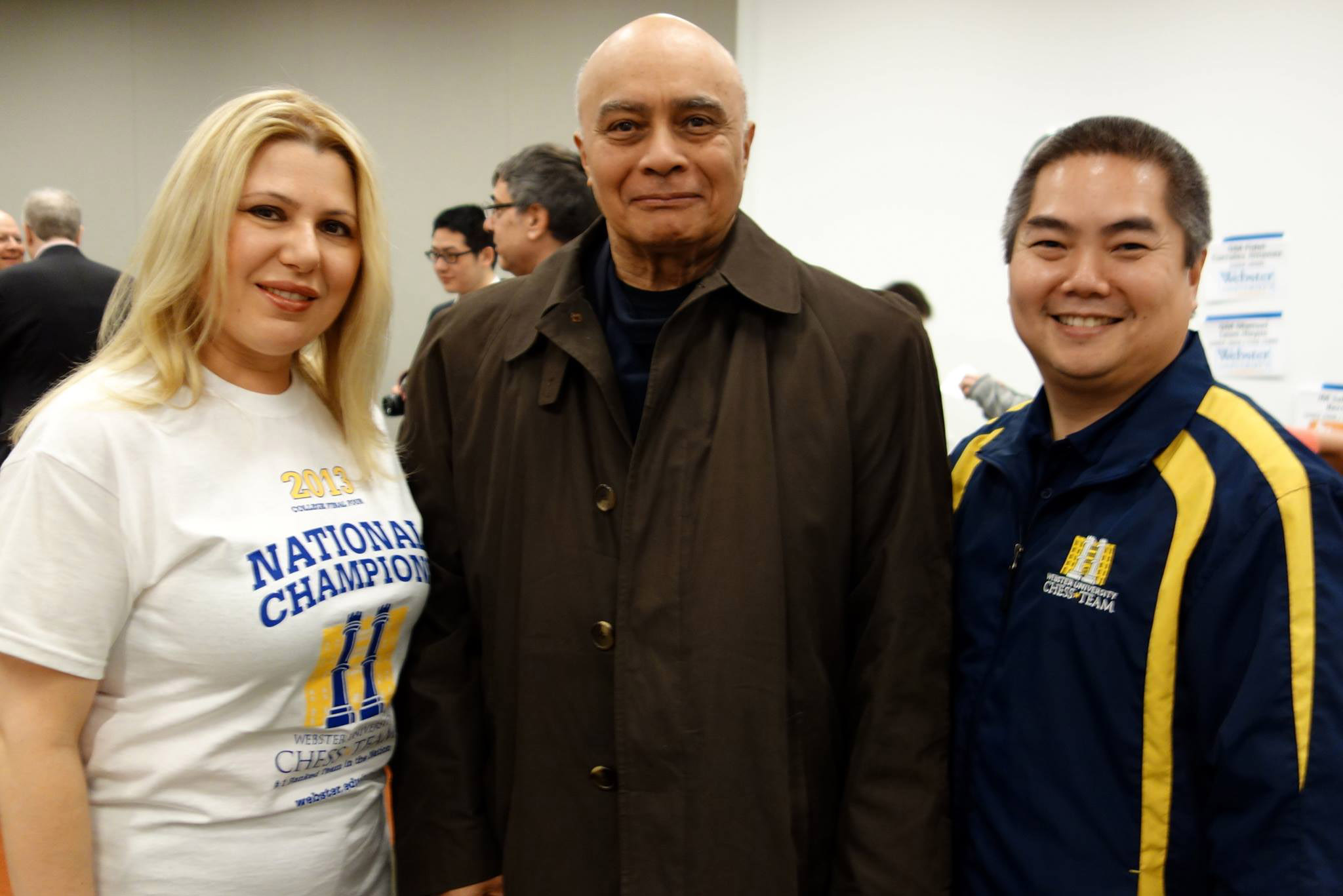 FIDE Master Paul Truong (right) pictured here with Kenneth Clayton with his wife Grandmaster Susan Polgar in Rockville, Maryland. He stated, “A few years ago when the College Chess Final Four was in Washington, DC, he came to visit my wife and I. He even came to St. Louis to visit us and my sisters in law.” Photo courtesy of Paul Truong

Clayton continued to play intermittently and battled the then-World Champion Anatoly Karpov in a 1977 simultaneous exhibition in Maryland. Also included below is a bruising battle against his chess peer, the multi-talented Charles Covington and lastly a battle with IM Marcel Sisniega. Sisniega would become an 8-time Mexican champion, a Grandmaster and notable movie director. Sadly the Mexican legend died in 2013 at age 53.

Besides his own chess activity, Clayton helped Paul to rekindle his interest in chess after as he was adjusting to the U.S. Another one of the players he is famously associated with is Baraka Shabazz, a talented teen phenom who was the subject of widespread media attention in the early 80s. Clayton can be seen in the following three-minute video mentoring Baraka.

Despite his first marriage ending in 1966, Clayton decided to remarry in 2010 to Miriam Parker. Besides being a Life Member of the U.S. Chess Federation, he enjoyed hobbies such as scuba- and cave-diving by exploring the beauty of marine life and the bowels of underwater caves. Unfortunately, he had to give up diving because he contracted a sinus condition aggravated by depth pressures. However, he also enjoyed photographing birds and riding his bike.

His daughter Darlene stated that in June her father was still lucid, but what followed was a precipitous decline in health. Clayton spent the last few weeks in hospice care where he died peacefully while surrounded by loved ones. He is survived by two daughters (Diane and Darlene) from his first marriage to Serilda Taylor, three grandchildren, his brother Robert Clayton, Esq. and a host of relatives and friends. 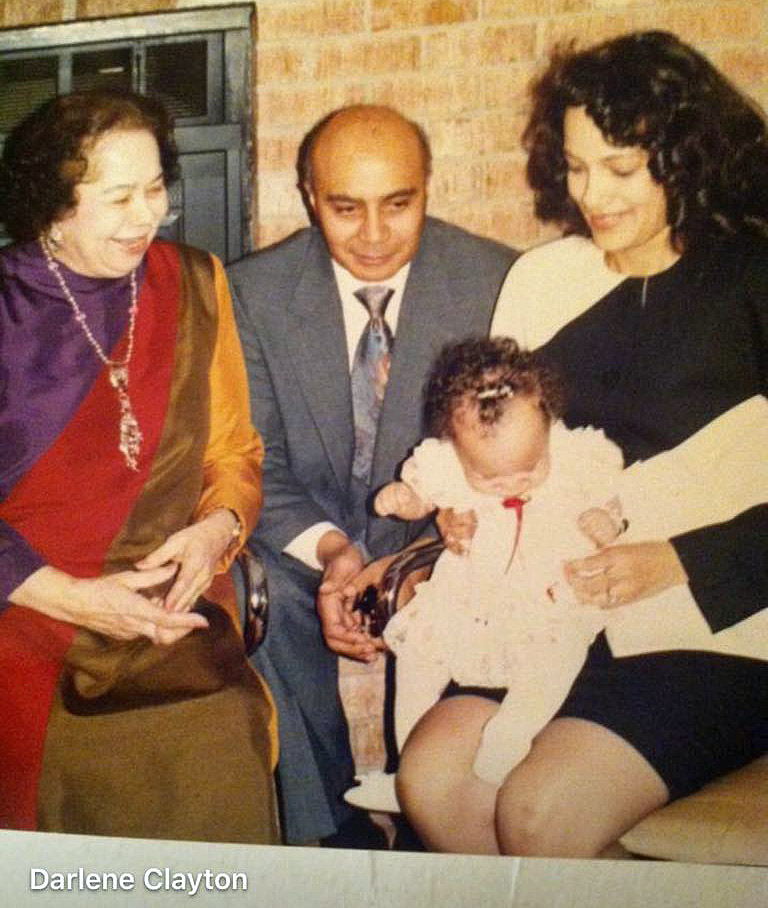 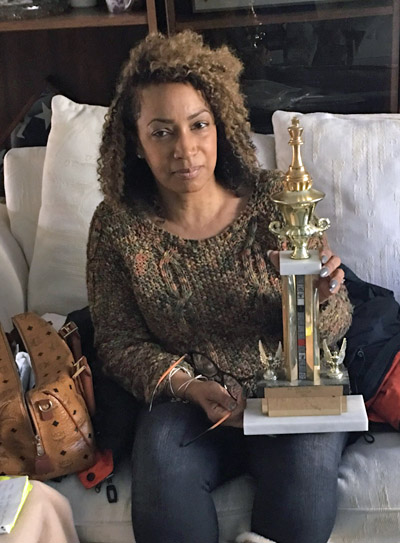 There is a proverb, “When an old man dies, a library burns to the ground,” and it is certainly true in the case of Kenneth Clayton who lived during Bobby Fischer’s rise to prominence and had so many lessons to give. As his memory faded from the ravages of Alzheimer’s, he left behind some of the brighter moments in the sunrise of chess in America and remains one of the trailblazers who set the stage for popularizing chess in the Black communities. Many of our pioneers may never know how many hearts they’ve touched, but part of this library will remain!

Visitation: 10am
Funeral: 11am