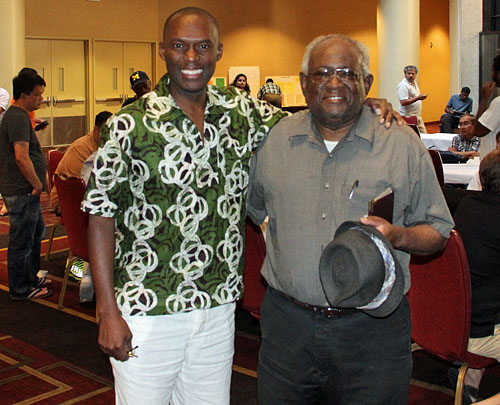 Walter Harris is someone that the chess world may not know of, but those who have followed stories of The Chess Drum realize his importance in the annals of chess history. Harris, 72, is the first player of African descent to earn the title of U.S. National Master in a time when racial intolerance was part of American law.

In a 26-minute interview the native New Yorker talked about the challenges he faced as a young man, but also the fortunes that blessed him as a player in the New York’s Marshall and Hawthorne chess clubs. He witnessed the evolution of Bobby Fischer as a confident boy who once gave Harris encouragement that he had the talent to get better. Ironically, he said Fischer would give him blitz odds of 2:00-0:30! Thirty seconds?

I interviewed Mr. Harris back in 2005 after receiving his number from Charles Covington. The hour-long conversation opened the door to historic footnotes that only existed in his mind. I contacted Mr. Harris via e-mail and told him I was going to be in Arlington, Virginia for the World Open and he stated that he would meet me there.

A few days later, I received a voicemail that he had arrived in the hotel and I spotted him walking in the common area and introduced myself. We immediately posed for a photo. It was an honor for me to introduce him to other chess players. In fact, he appeared to be impressed at the reception by players of the Black community.

Harris had not visited a tournament in 30-40 years, so it was also surprising to him the participation of Blacks in chess (which included a strong contingent of Nigerians). Another historic moment was made when a call was put into GM Maurice Ashley to speak with him. They chatted for several minutes.

The weekend must have been a whirlwind for the erudite Virginia resident. He has lived a full life, served America with honor. He stands as more than a footnote in history, but is a legendary figure. His 5th place showing in the 1959 U.S. Junior Open was perhaps a breakthrough in chess, but his attaining the master title would have destroyed many of the stereotypes in that day. Here is one story he told back in 2005.

During our conversation about the 1959 U.S. Open, Harris mentioned a story about not being able to rent a room at a hotel because he was Black. He could not remember if this incident occurred at the same hotel where the tournament was being held (Sheraton- Fontenelle Hotel). In those days, segregation ruled the day and Blacks were not allowed access to public facilities. The managers had pulled Anthony Saidy (now an IM) aside and told him that Harris was not welcome. Saidy protested, but the hotel managers were adamant. They went to another hotel where they were able to find accommodations.

His success wasn’t enough to avoid brushes with racism, but he was able to succeed as a UCLA graduate and a long career as a physicist. He has become a trailblazer for many and he, Frank Street and Kenneth Clayton are three on whose shoulders current Black masters stand on. 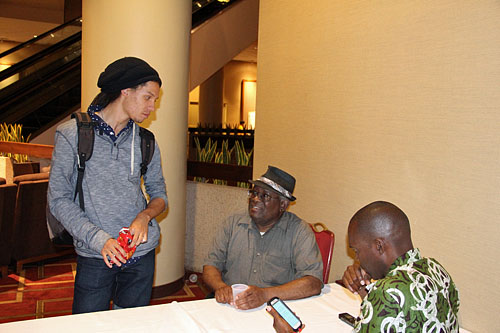