GM Maurice Ashley’s excitement was effusive as he posted several comments on Facebook recounting his experience in Kenya. Ashley had spent days touring the schools in Kenya with a type of passion that only he could bring. With trips to Imara Daima Academy, Mwanzo Academy, St. George’s School in Nairobi, Ashley inspired hundreds of schoolchildren and perhaps conveyed how chess could be a veritable benefit in their lives… and fun! 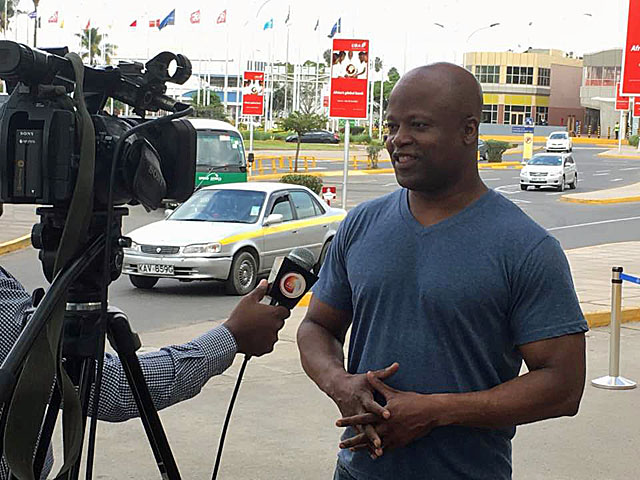 Maurice is interviewed upon arrival in Nairobi.
All photos by Githinji Hinga
unless otherwise stated. 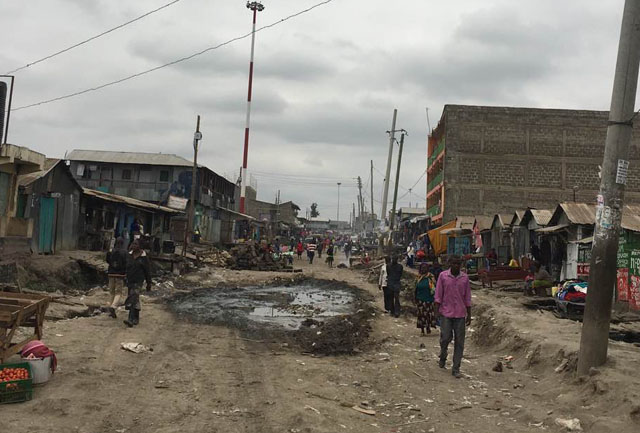 Mukuru kwa Njenga is a slum in the East of Nairobi, the capital of Kenya. 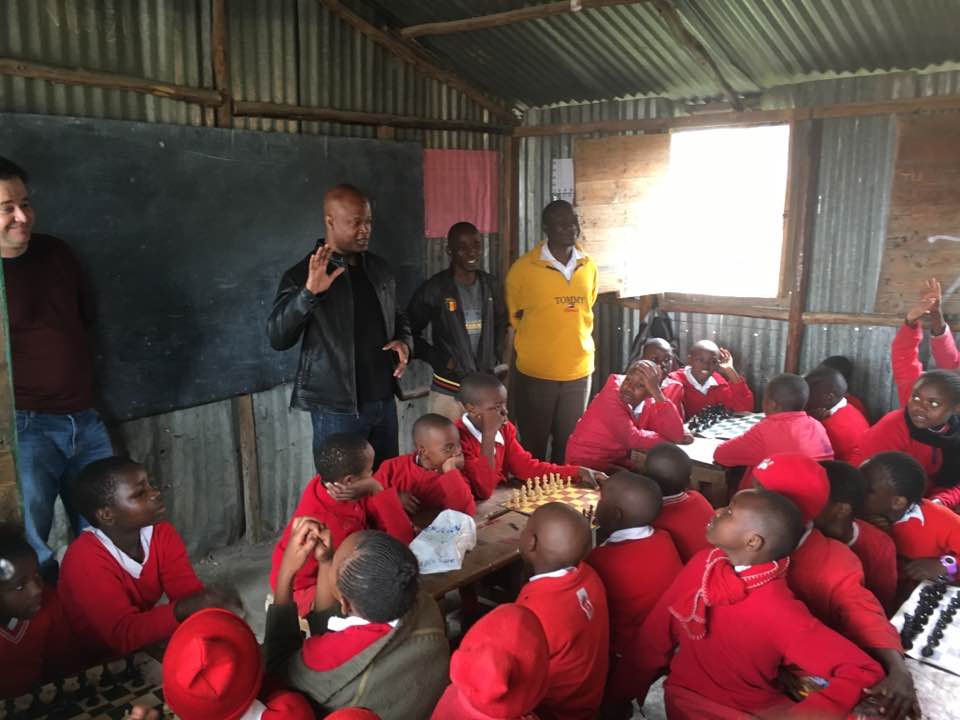 Ashley teaching his passion at Imara Daima Academy in Mukuru. Standing along was (from left to right) Graham Jurgensen of Kasparov Chess Foundation Africa, Eric Oyugi and Josphat McOwila, both of Sports Outreach Mission. 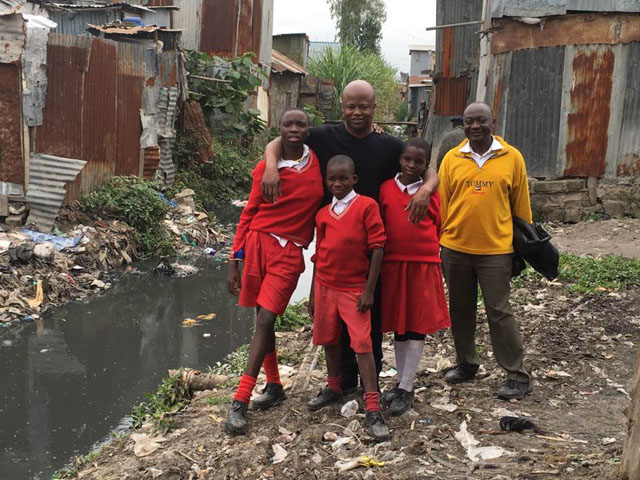 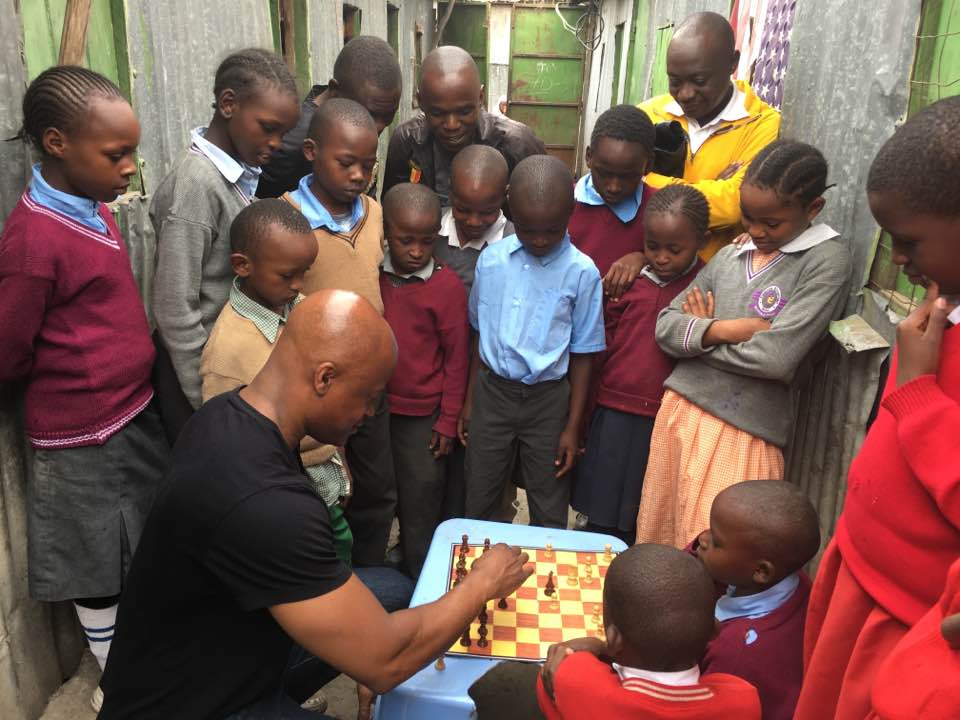 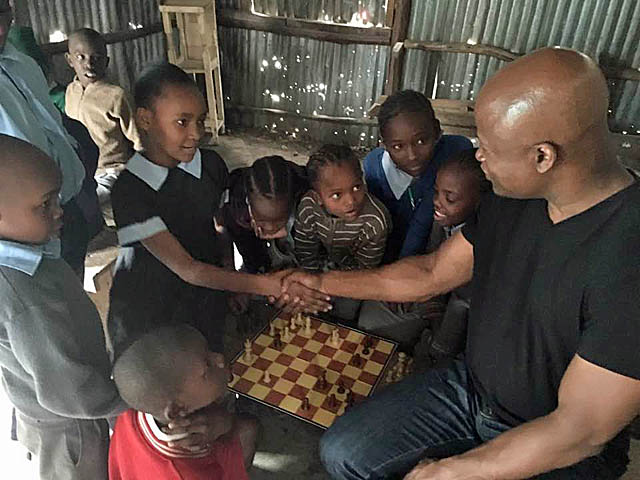 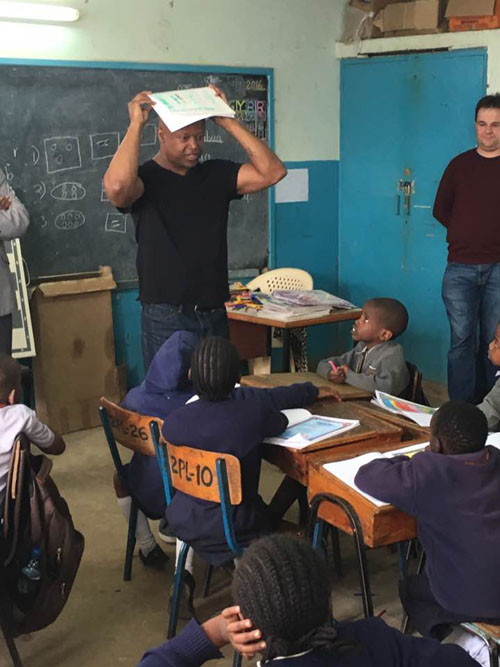 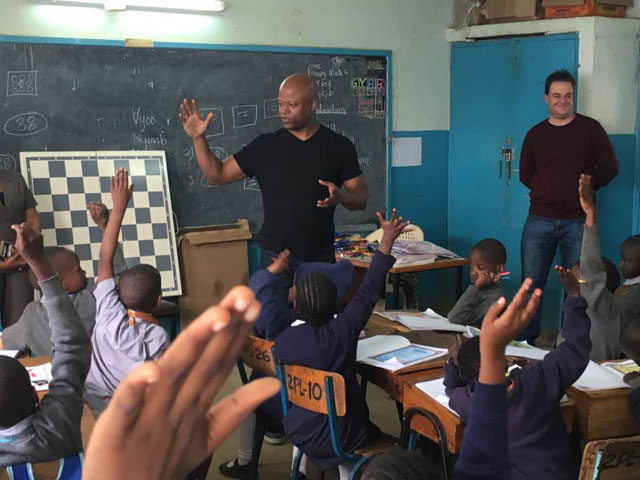 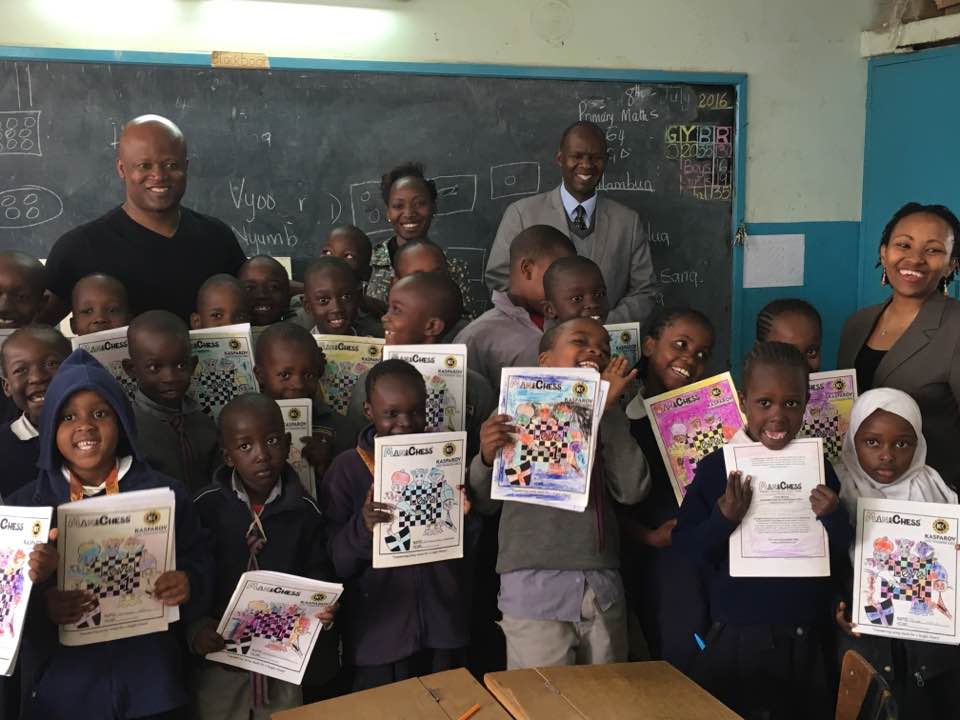 What an honor to speak to the young future leaders of St. George's School in Nairobi! https://t.co/bZpJFyF0jp pic.twitter.com/diGYqmMSnl

While on his maiden trip in Kenya, Ashley used so many superlatives to describe the country, its people and the optimism he saw. He also got a chance to take in the idyllic scenery of the coast. Visiting Diani he was able to walk on the beautiful beaches and gaze out over the Indian Ocean. For a Jamaican-born, Brooklyn-bred man, perhaps such beauty made Ashley seem like a wide-eyed child in a fantasy land.

Ashley was then the guest of honor at the Millionaire Chess Open satellite tournament and also performed as a commentator. The tournament exceeded expectations and the environment was abuzz with excitement. CM Wachira Wachania won the event after winning the final match against top seed Akello Atwoli. Wachania will receive an all-expense paid trip to Atlantic City to participate in the Millionaire Chess Open in October. In a report by Kim Bhari’s kenyachessmasala, the knockout phase included the top four players. 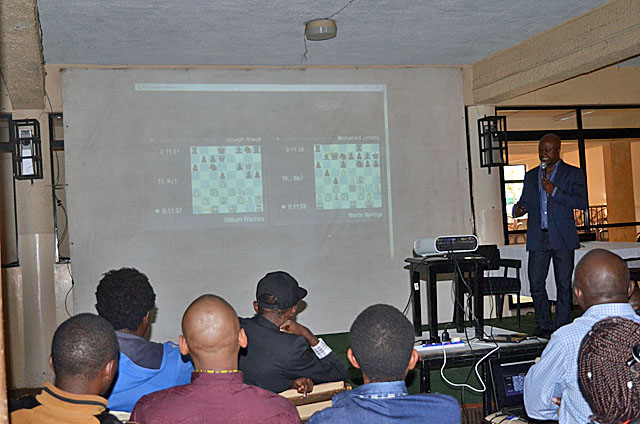 Kenyans were treated to the world-famous commentary of Ashley.
Photo by Kim Bhari

In this knockout stage CM Wachira Wachania defeated Martin Njoroge and Akello Atwoli defeated Mohammed Jeneby. The final battle for top prize was now going to be fought between Wachania and Atwoli with two rapid games of 15 minutes each. If still tied, two blitz games followed by Armageddon. Wachania and Atwoli split the rapid games, but Wachania won both the blitz when Atwoli lost both on time. Thus, Wachania was declared the winner of the second MCO satellite tournament in Kenya. 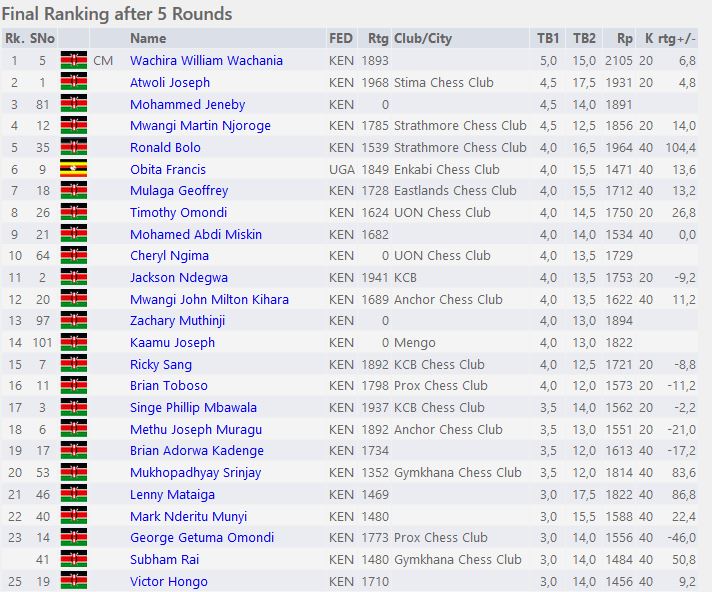 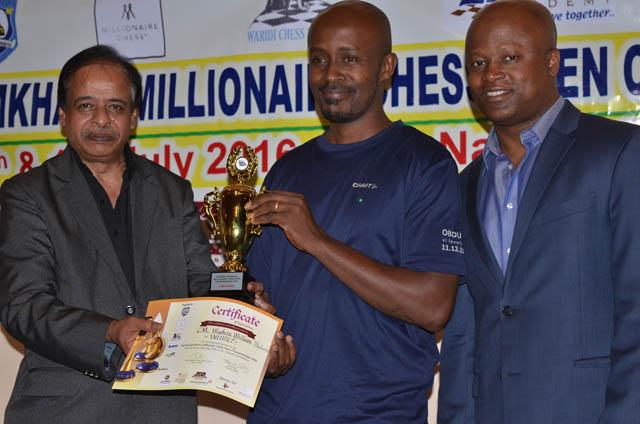 The Millionaire Chess satellite event in Kenya was a breathtaking success! This year’s 190 players blew away last year’s 110 by a long way. The Nairobi Gymkhana was a fabulous venue, and the many new sponsors shows that support is growing for chess here.

I can’t speak enough for the steady sponsorship hand of the Kasparov Chess Foundation Africa nor for the rock solid leadership of Githinji Hinga of Chess Kenya. In just a few short days I’ve come to be smitten by the country, its friendly people and their wonderful hospitality. I look forward to returning here for years to come!

The African beat of the 2016 World Open!