The Sinquefield Cup is finally simmering down a bit as round four saw four draws with two being decided at move 30. It turns out that many were expecting a bruising round with a Najdorf (Grischuk-Topalov) and Sveshnikov (Giri-Carlsen) on the boards. In actuality, these were the two games ending quickly. Grischuk got nothing out of the opening and it was thought that his best chance was 19.Bb3 to maintain central pressure. After 19.Bxf6 the game was simply drawn.

In the pressure conference, Grischuk talked about his inability to remember the proper continuation, but opined that it is better not to remember anything rather than to remember something vaguely. Pearls of wisdom for sure. In the Girl-Carlsen there was a slight pull in the position for Giri, but there was no way to capitalize on his slight advantage. Carlsen has been underwhelming thus far, but is still only half-point out of the lead.

Hikaru Nakamura is still only one point behind Topalov and his game against Maxime Vachier-Lagrave was one he was not happy with. In the confession, he mentioned not being happy with the way the game was evolving. He stated that he want something a bit more exciting “win or lose”. He almost got his wish as MVL was missed a big opportunity with 25.Re2-g2 manuever. The middlegame exploded into fireworks and when the smoke cleared, Nakamura was two pawns to the good.

The problem was that in an opposite colored ending, MVL had established a blockade and they shook hands. In Caruana-Anand, the game appeared to be quite balanced throughout with no clear pull on either side. Fast forward to move 30.axb5 white has developed some plusses on the queenside, but the blockade stops progress. The game ended in a tactical flurry after 34.b6 axb6 35. cxb6 Rxd5 36. Qxd5 Qxd5 37.b7 d3 38.b8(Q) d2 and white would have to forget about using his exchange advantage. Anand’s 41…Be3! was a very instructive way to secure the draw.

The game of the round was undoubtedly the most spectacular thus far. Levon Aronian has been in good form in this tournament and demonstrated this in his game against Wesley So. In what combined the principles of the Nimzo and Benoni, Aronian’s attack was so instructive in so many ways. Starting with 10…Nh5!? 11.g3 Nd7 12.Bg2 b5 with play on both sides of the board. What resulted was pure devastation. The piece sack 15…Ne5! was bold, yet natural. So faced with a raging attack on the king panicked with 16.Be1 instead of gobbling the knight and praying. He did take the knight later, but at the cost of his king being ripped open. 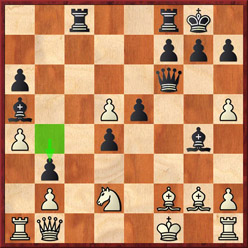 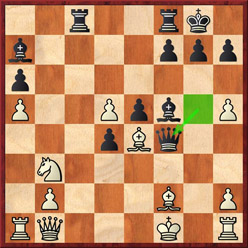 Aronian, who prepared by studying Tigran Petrosian’s games, must have adding a few from Mikhail Tal. His 19…Nd4! 20.Nxd4 cxd4 and white’s pieces are completely flat-footed. After 23…b3! black’s laser bishops sliced across the board leaving white’s king is in a complete crossfire. In fact, the engines did not appreciate b3 offering Bxh5 instead. While Aronian did miss the spectacular 25…Rc2! he later found a nice pattern with 27…Qg5+ 29.Kf1 Qf4! So had seen enough. Beautiful execution!