China and Georgia won the World Team and World Women’s Team tournaments respectively, both with a clean sheet of no defeats. The Ukraine and host Armenia took silver and bronze… for the women, Russia and China. The winning teams were led by China’s Wei Yi’s 7/9 on board #4 and Georgia’s Bela Khotenashvili with 7.5/9 and at 2699 performance.

China has now won both the Olympiad and World Team titles and now have seven players over 2700. The future is bright for Chinese chess as the women remain a dominant force as well. Georgia had traditionally dominated women’s events, but this was the first title since winning the 2008 Olympiad in Dresden. They are certainly back in form and will head into the 2016 Olympiad (Baku, Azerbaijan) with momentum. 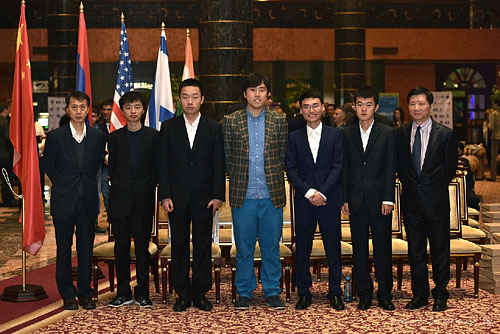 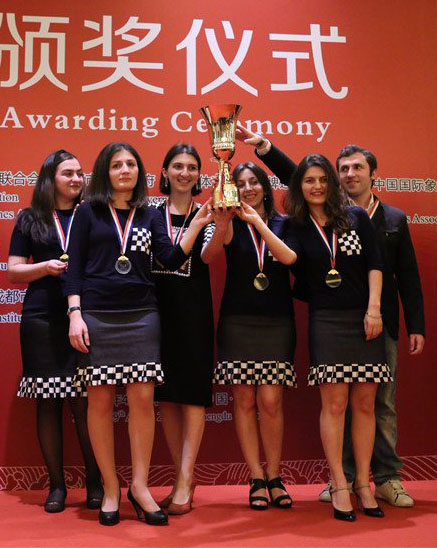