In the aftermath of the controversy stemming from his New in Chess article, Nigel Short trekked to St. Louis to play former nemesis Garry Kasparov in an epic match dubbed “The Battle of Legends”. This match would be a 10-game affair with one rapid and four blitz encounters on consecutive days. The question would be whether Kasparov would be able to keep up with the fast pace given his irregular play. Short quipped that match billed “the most famous chess player in the world this week” and Garry Kasparov.

Short has just come off of winning the Thailand Open before the firestorm emerged in the media about his comments on the gender divide in chess. Perhaps the energy expended from the past week plus the incredible jet lag led to his undoing. Kasparov had his own concerns, but showed signs of a distance past playing with vigor and intensive energy. 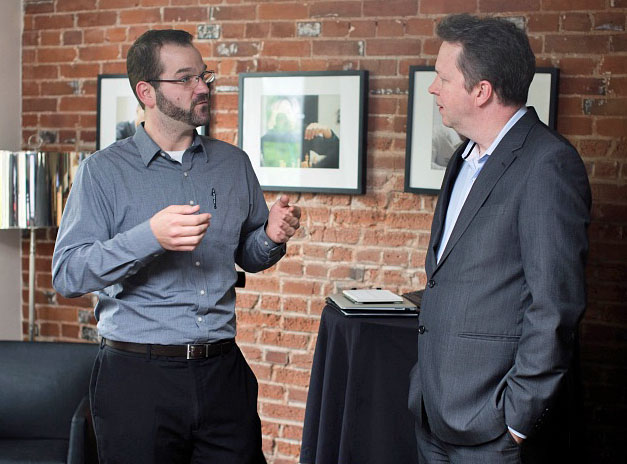 On the first day, Kasparov seemed upbeat and in a good mood as he made his usual grand entrance. The first rapid game was a fast and furious and climaxed with a deft exchange sacrifice to pry open the black king. As time was ticking down, the game reached a fever pitch after 20.f4 Nd4 21. Bh5!? Bd4 22.fxe5! Bxf1 sacking the exchange.

All of a sudden, white had some initiative, but black returned the exchange to stave of the attack. Not to be outdone, white sacrificed his other exchange 29.Rxf6! gxf6 30.Bh6 and his bishops were raking the kingside. With only minutes remaining, black had solidified. As black started to unravel, white bailed out for a three-fold repetition with seconds left. Intense!! 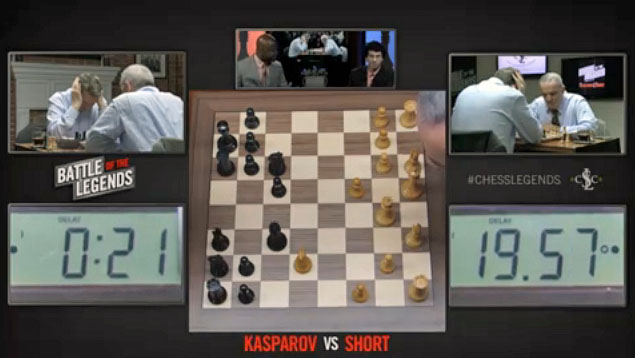 The blitz battles really picked up steam. While the first game was a tense battle, it appeared to be headed for a draw until the zeitnot 32.hxg6+. This opened up the g-file for a white attack but ironically it was black who would use the file with deadly effect. In five moves, the game was over after 33…Qh5! winning. In the third game, Kasparov lost track of the clock and lost on time in a slightly better position.

“It’s easy for me to play the sharp game, where I see the straight lines,” Kasparov said. “But when you’re out of practice, it is extremely difficult to play a slow maneuvering game. Nigel was right dragging me into positions where the lack of practice helps — and you could see that in game three.”

Thus, Short continued in this strategy playing 1.b3 with a double fianchetto after 1…Nf6 2.Bb2 g6 3.g3 Bg7 4.Bg2. Short’s strategy went awry as his pieces got stuck on horrible squares and he exacerbated the issue with 20.gxh4 compromising his king. The black rooks barreled down the h-file and established a juggernaut and totally tied white in knots. It was like a boa constrictor who squeezes its prey and waits for it to die.

The ill-fated game five may have affected Short is a psychological way as he fought from the precipice of losing to get a drawing position. Kasparov again went down to mere seconds. Here was how it ended… 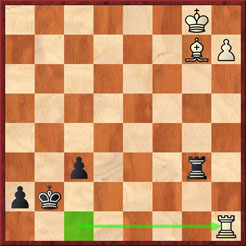 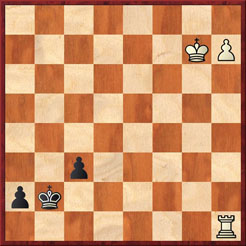 Disappointing day for Short and a horrible to how the day ended. An interesting feature was the interview with both players sharing their thoughts on the match. A shell-shocked Short stated that he was still suffering from jet lag. This may have been the turning point. Kasparov stated that with tactical sequences he is still able to “show his teeth”. It was certainly a very informative exchange. There was a discussion on the gender controversy that was raging the week prior to the match.

Commentator Maurice Ashley asked if Short wanted to clear the record. He essentially stated that a lot of false statements were attributed to him and many were commenting without having read the article. He stated that while it was a rather old, but important debate there was nothing new about the topic. He did cite a number of studies and a rebuttal by GM David Smerdon debating the statistical data.

Certainly we will move on from this, but hopefully people will have read the article and made their own assessment. The gender chasm has been discussed for decades and Nigel Short is not the first to make mention of the disparity in chess. The question about the disparity is, “Why?” 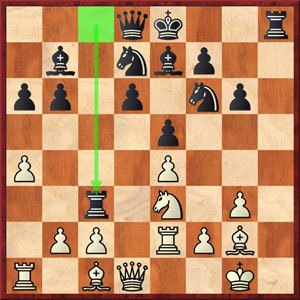 On the second day, Short had to make an impression in the second rapid game. However, the game was an impressive win for Kasparov with his trusted Najdorf variation. The game seem to travel familiar line until Kasparov uncorked a thematic exchange sacrifice with 16…Rxc3! (diagram) with healthy compensation. The game continued down a path where black had well-placed pieces and a pawn for the exchange.

Black got a sizzling attack on the kingside. Short managed to get the pieces off, but the pressure remained for several moves. Short tried to give the exchange back, Kasparov took another pawn instead… and then another. With his king being hit from all sides by raging black pieces, Short sacrificed the exchange back, but was too many pawns down. Powerful performance by the former world champion! 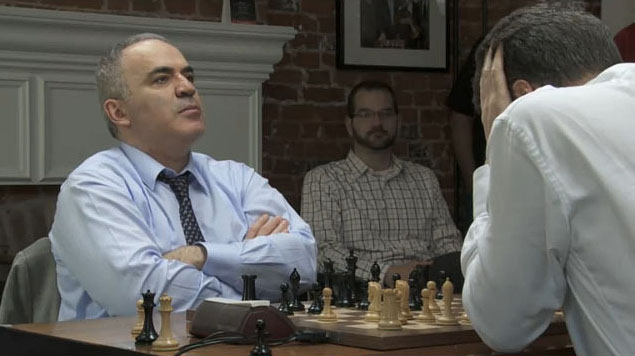 Kasparov was focused and wanted to put his stamp of authority on the match.
He did just that… and then some.

After this rapid game, it was clear that Short was sapped of much of his energy. In fact, he was deploying unorthodox openings to take the preparation edge from Kasparov. In the first blitz game of day two, Short got a very cramped position and was much worse before move 20. Kasparov kept tightening the vice slowly. White had tremendous space and black’s knights were rendered impotent and Short went out with a whimper. 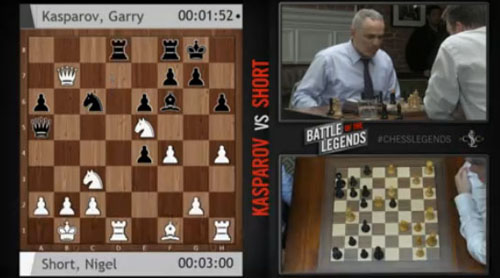 Kasparov on the move in the second blitz game pondering over 16…Bxe5!

Kasparov also played powerfully against Short’s “Chameleon” 1.e4 c5 2.Nc3 Nc6 3.Nge2 which went into a Rauzer Attack with 6.Bg5. Short played an aggressive 14.e5 but perhaps underestimated the piece sacrifice with 14…dxe5 15.Qxd7 e4 16. Ne5 Bxe5! 17. fxe5 Rad8 18. Qxb7 Rxd1+ 19. Nxd1 Qe1 and white’s position collapsed after some very precise moves. With this win, Kasparov clinched match victory and you could see the expression of fatigue and frustration on the face of Short.

In the third blitz game, Short played a solid French and had the queenside play, but the play shifted quickly to the kingside with a thunder bolt of 22.g4!? which doesn’t give white an advantage but given the psychology of the match, Short probably panicked and all of white’s pieces “bumrushed” the king and the black pieces could do nothing but look on as the king scampered to the queen side to relative safety. Unfortunately, white plundered material and after Short committed a “desperado” queen sack, he effectively resigned. 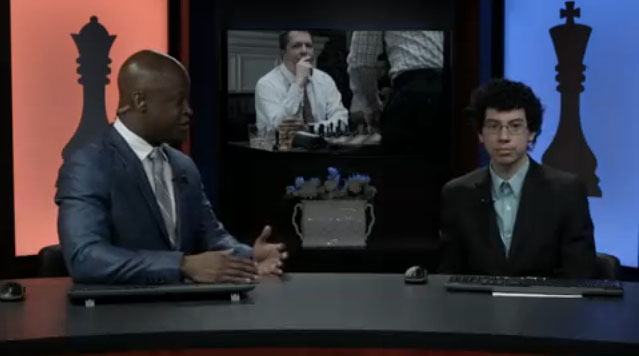 Nigel Short wondering how to salvage respectability after losing the third blitz game of the day and going down -6.

Both Maurice Ashley and Alejandro Ramirez were hoping that Short would win the finale’, but Kasparov kept piling on like a pack of hyenas on a wildebeest. This game went down rapidly and total humiliation had been achieved. In the game, black pushed his pawns, fished the white king out with attacking pieces and delivered checkmate on the board. It was that simple. A totally shocking result.

Certainly there are some who were elated at the result due to Short’s comments in the New in Chess article. Nevertheless, the gender disparity in chess persists and is still in need of attention. Kasparov was the clear winner in more ways than one. He won the match convincingly, showed his power at the board and was able to develop an audience for his global chess initiatives. It was a wonderful event and the announcement of the Grand Chess Tour was yet another interesting development.

Images and Videos from CCSCSL.

One Response to “Kasparov wallops Short in Legends, 8.5-1.5”