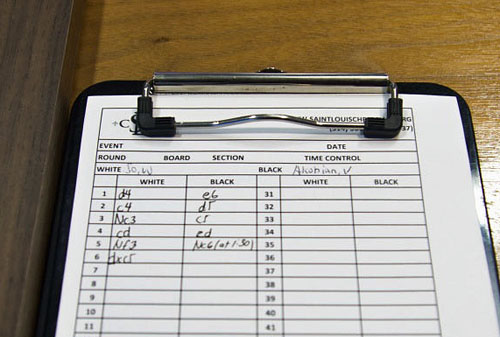 The long and short of it (pun intended).
Photo by Lennart Ootes.

Round nine will go down in history as a memorable lesson in chess etiquette and rules. The shock of Wesley So’s forfeiture reverberated around the world and the view were pointed and in many cases diametrically opposed. Some wished for sympathy and further warning before a irreversible punishment was meted out. Others agreed with the ruling citing earlier warnings and complaints. The conversation will continue long after the event is over. Read story here!

The tournament didn’t see any significant changes in the open section. Hikaru Nakamura maintains the lead and it appears that only Ray Robson will have a reasonable chance of catching him. Both drew and none of the other games had any bearing on the upper half. Naroditsky-Holt was a sigh of relief as Naroditsky won his first game after dropping five. The last two rounds will feature epic matchups including today’s Robson-Nakamura bout. 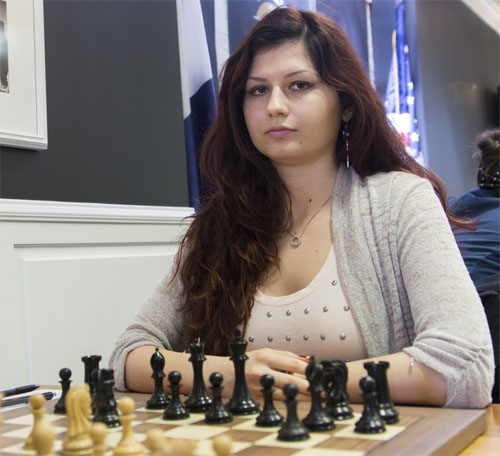 In the women’s section, Irina Krush has pulled into a virtual tie for 1st with Katerina Nemcova winning yet again. Krush a dodged a couple of bullets and was hit by another, but has steadied the ship winning an impressive six games. Krush plays Nemcova in the final round and Nemcova also has to play Nazi Paikidze who is only a point behind. However, Rusudan Goletiani had to scramble to draw her game against Alisa Melekhina and is practically out of contention for 1st. Nevertheless, it will certainly be a thrilling weekend.