Following the success of the 40th Year TPLF Anniversary Cup in Ethiopia, the focus now moves to Rwanda where MiniChess master trainer Malusi Lekalakala has just completed another successful series of training sessions. 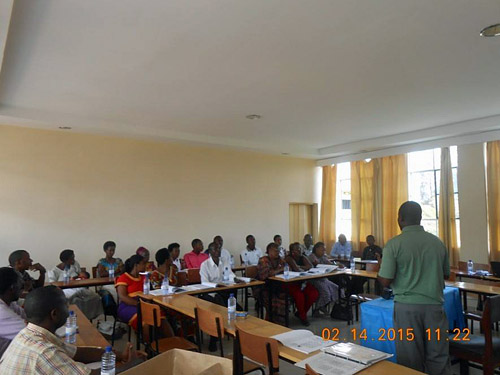 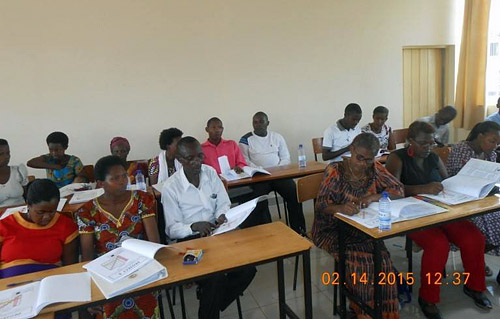 Malusi was in the country from the 12th – 16th February during which time he conducted training for both the MiniChess trainers and the teachers that will be assisting with the rollout of the program in Kigali.

He was greeted by the sight of a full house on Saturday morning, including two moms with young babies, which shows the level of commitment to the program on the ground. 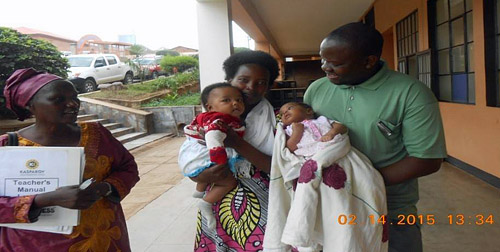 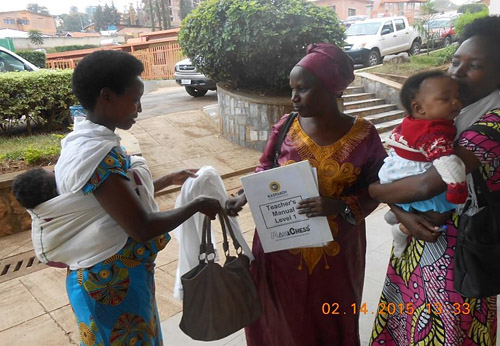 Is this the future of Rwandan Chess? 🙂

All equipment has now been cleared from customs in Rwanda and the program will be launching at five pilot schools with lessons planned for Saturdays.

These are exciting times for the Rwanda Chess Federation as they are also hosting their first FIDE rated tournament this week!

Play is under way in Kigali in Rwanda as an invitational team from KCB Chess Club in Kenya take on the best players in Rwanda in a Scheveningen team round robin event which is designed to opportunities for FIDE ratings for both countries.

There are a total of 9 unrated players seeking their first FIDE ratings from the tournament and the event has the potential to double the number of FIDE rated players in Rwanda! The action is taking place at Ecole Francaise in Kigali and results can be followed at chess-results.com. 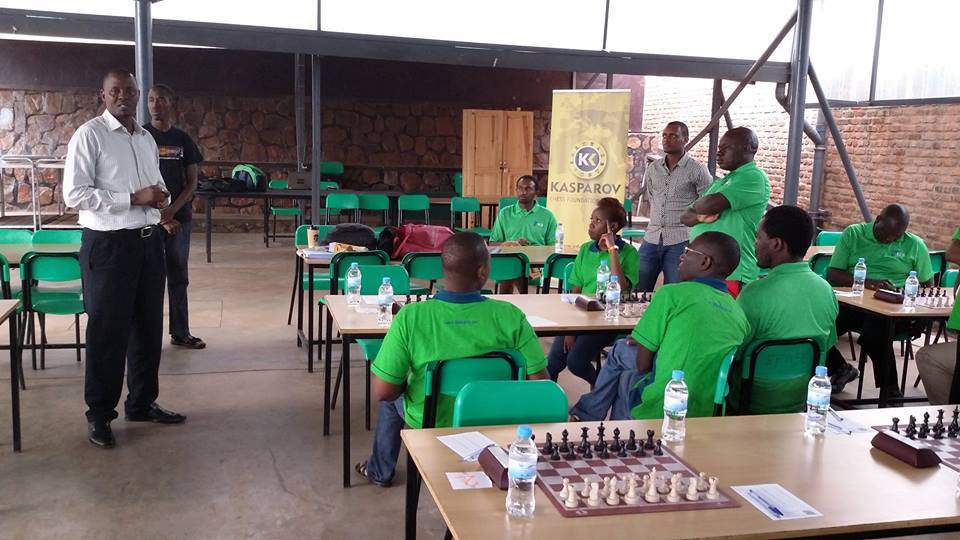 Players assemble for the opening of the tournament.

We wish all players good luck for the remaining rounds.