Jones Murphy, Jr. decided to come out of a long hiatus to compete in the Millionaire Chess Open. In fact he was one of the more vocal supporters of this event and took and active role in extolling its importance. Despite being out of tournament chess for 12 years, Murphy played in the under-2000 and won 5th overall winning $3,000. After the tournament there have been a lot of evaluations of MCO. Murphy decided to weigh in on the debate in an essay. Enjoy! 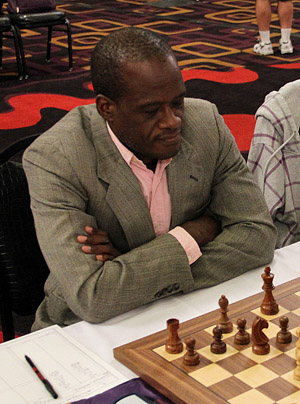 After briefly reaching 2200 plus while a student well over 20 years ago, I quit playing tournaments actively due to work and kids, like many other players at that age and stage of life. I almost never went to chess tournaments without my kids, and their well-being and play was far more important to me than my own. My rating drifted lower and lower and my tournaments grew further and further between. I shifted into chess tournament sponsorship and philanthropy far more than actually playing. After playing in the Vermont Open in 2002, and ending up with a rating of 1985, I unwittingly entered into what would become my longest period of inactivity since I started playing in chess tournaments. I found the old tournament formats uninspiring, and I wasn’t very motivated to play.

When Maurice Ashley and Amy Lee announced Millionaire Chess, I was very intrigued. As a businessman (trader and portfolio manager) for over 20 years, I’ve always felt chess to be exceptionally poorly organized relative to its status and prestige in the minds of the general public. The administrators and organizers of this sport do an absolutely incompetent job of monetizing chess’ fan base. This situation badly hurts the earnings of the most talented chess players, compared with talented practitioners of poker and many other games and sports. Millionaire Chess promises to make a positive change toward fixing that. I was one of the very first people to sign up, though I was quite pessimistic of being able to win money even in the U2000 section because of the years of rust. 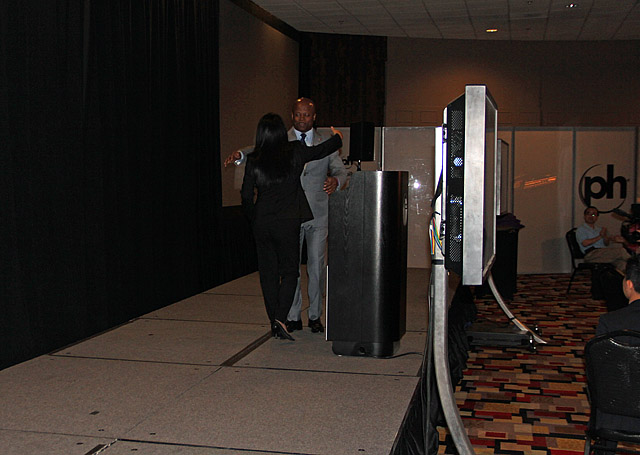 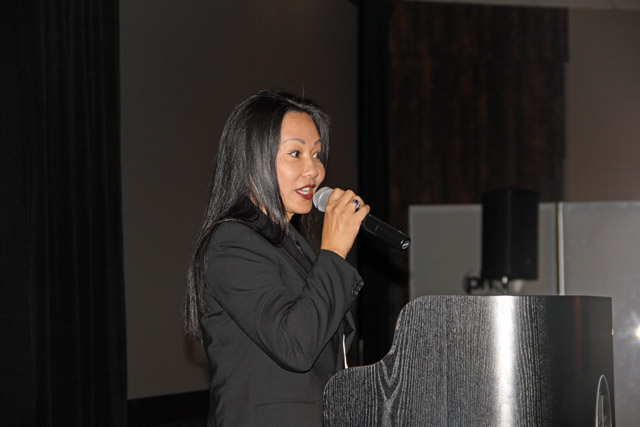 Amy Lee and GM Maurice Ashley embrace before she addressed the audience at the opening ceremonies.

On the first morning of the tournament, I was at the gym at 6AM, and spotted Maurice Ashley bustling around getting things ready. Throughout the tournament, GM Ashley and Amy Lee were visibly working extremely hard to make the event a success. I enjoyed the Millionaire Breakfast event, and started what turned out to be one of the most enjoyable features of this tournament for me: meeting so many old and dear friends from the days when I was a very active chess player and philanthropic sponsor of tournaments. I loved the souvenir bag, which is perfect for taking equipment to play in chess tournaments. With my interest in playing rekindled by this tournament, I definitely plan to use that souvenir bag many times in the future. I found checking in very brisk and efficient. 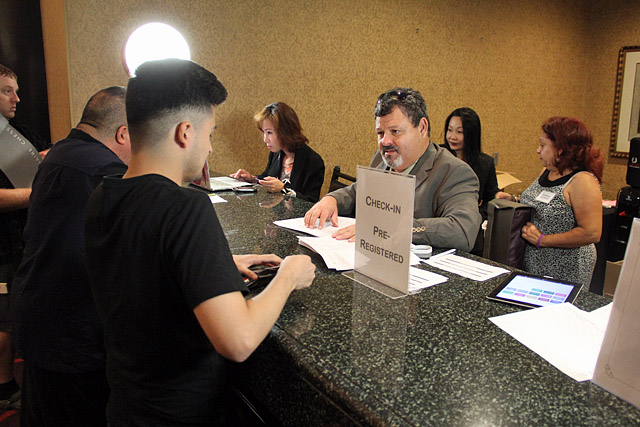 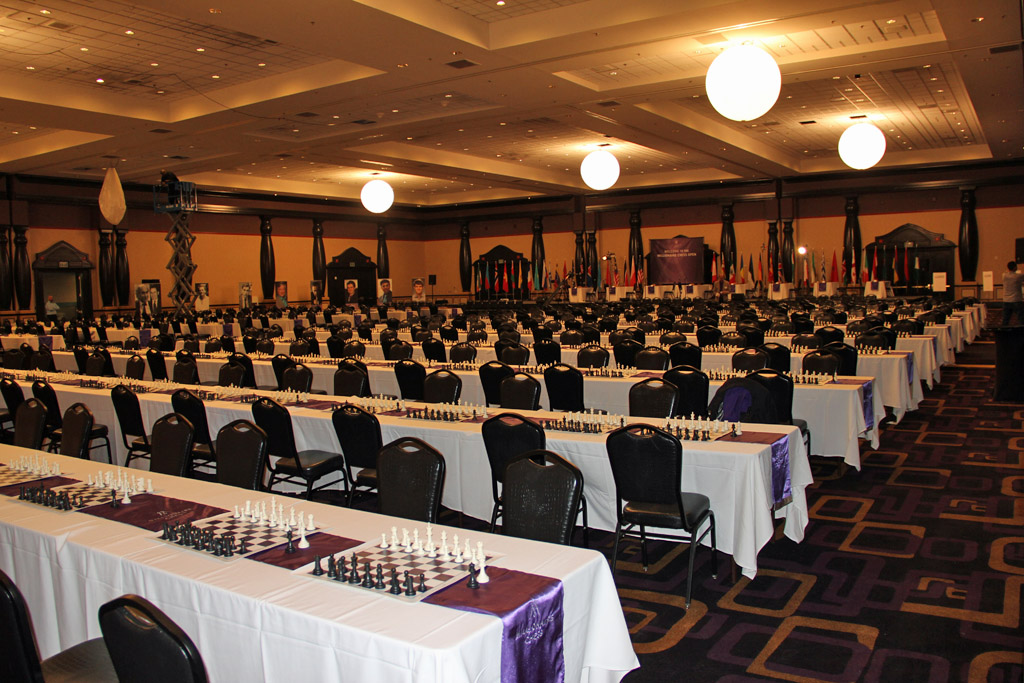 My most lasting impression of the tournament was the constant, building sense of drama, from the opening moments. This peaked during the playoffs. I got unprecedented feedback from friends and family, including their watching my one game which was broadcast live as a top board in the U2000 section. There’s no question that this enormous fan base will be extremely attractive to advertisers and sponsors seeking to put their name and products out before a big audience. 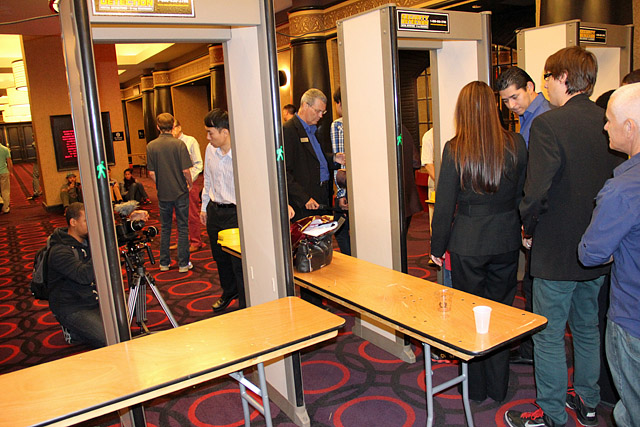 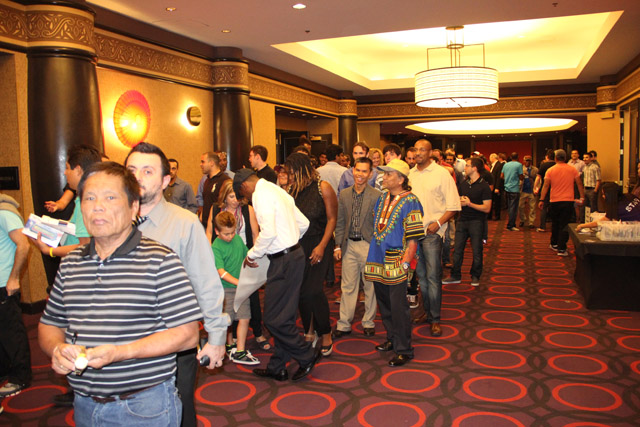 I thought the security was a good feature, though it could stand some improvement. Nevertheless, it was far beyond anything I’ve ever experienced. I’m hearing a lot of vocal complaints from players about the low level of security at the bigger money tournaments in chess these days. I look forward to even tighter security at Millionaire Chess and other big money tournaments in the future. A big part of why this issue looms so large to me is that for example, on ICC, my slow rating is barely above 1800. I imagined therefore that my skills were deteriorating with age and inactivity, which is pretty normal. 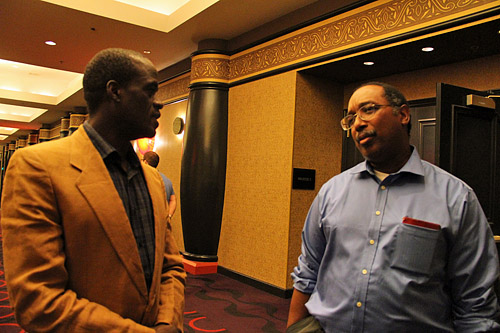 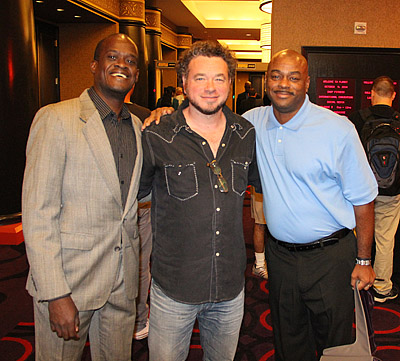 I was surprised when I played in a Swiss at the Marshall Chess Club the weekend before Millionaire Chess, and came a game away from outright 2nd, losing only to IM Marta Fierro in the last round. My results at Millionaire Chess were consistent with that, and I only lost one and drew one game while winning 5. Alas those results were enough to just keep me out of the playoffs, and I finished 5th in the U2000 at Millionaire Chess. That was a far better result than I expected from my online play. I’m now convinced that there is substantial cheating of various kinds online. I’ve reported some very suspicious episodes to ICC administrators with no success.

I was a little disappointed by the lack of demo boards for the top boards in the Open section. It would have been nice to catch up on what was going on at a glance, instead of either having to walk over and scrutinize the boards closely. Going outside of the playing area while playing games was prohibited, for obvious security reasons. I definitely hope for demo boards in the next edition of Millionaire Chess, which I’m very keen to attend.

I was very pleased by many features of the tournament, including ones not available to me like limo rides for GM’s. The VIP room was very nice, with the massage feature quite appealing to people of my age group who are now eligible for the US Senior Open. The opponents I played were extremely courteous and sportsmanlike, though they fought very hard for the exceptionally high stakes. The casino setting, and Las Vegas in general, were amusing, and reminded me of many National Opens in the distant past that I’d participated in. I definitely am keen now to play in more National Opens as well as Millionaire Chess’ future editions.

I would strongly encourage businesses looking to display their products to potential buyers to consider advertising with and sponsoring Millionaire Chess in various ways. Players and online viewers/followers wield substantial purchasing power. The event itself was exceptionally classy by chess tournament standards, and one businesses would be proud to associate themselves with, compared with other sporting and gaming events which attract business sponsorship and ads. 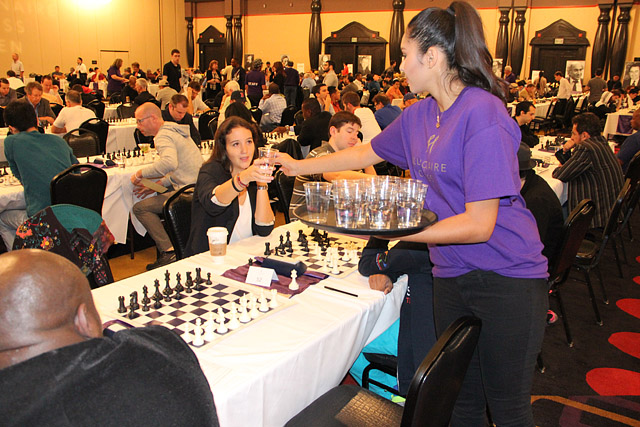 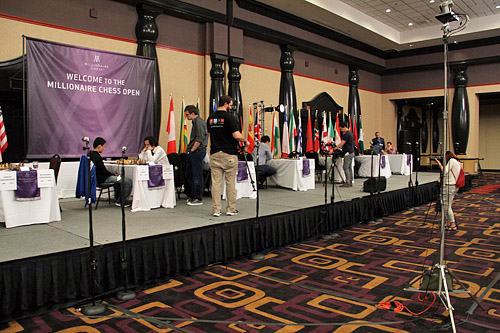 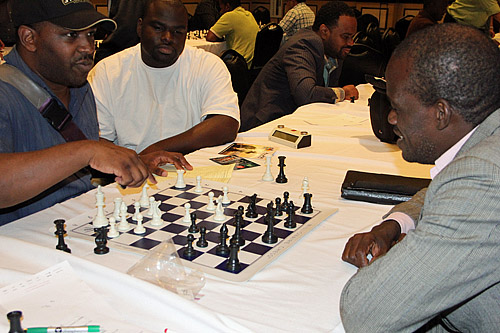 Jones Murphy (right) enjoying analysis with Aderemi “Remi” Adekola. This was the sixth win in a row for Remi who would come in 2nd overall in the under-2000 with 6.5/7. He qualified to go onto playoffs to take 2nd and a $20,000 prize. Jones came in 5th. All photos by Daaim Shabazz.