GM Gabriel Sargissian won the 2014 Chicago Open after winning a tiebreak over IM Priyadarshan Kannappan. Both scored 7/9 just ahead of a sextet of players a 6.5/9. Sargissian was in the US helping Varuzhan Akobian prepare for the U.S. Championship helping him tie for first and making it to the final tiebreak. Kamsky won, but Sargissian’s help was key.

Sargissian’s performance was so strong that he drew his last three games and still managed to top the field. He had a key win over GM Bartlomiej Macieja of Poland before drawing IM Kayden Troff, Canadian GM Anton Kovalyov and GM Yury Shulman. As a Lindenwood University student, Kannappan’s result was one of his most successful to date. He won his last five games beating Grandmasters Alexander Shabalov and Julio Sadorra in the process. 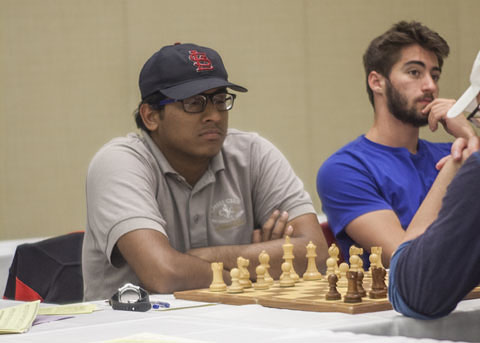