Memphis Commercial Appeal ran a story that is becoming more common these days… girls succeeding in chess. The subject of the story is Frederick Douglass, a K8 school in Memphis, Tennessee. Ironically, the name of the prominent abolitionist and one of the most notable figures in Black History resides in one of the most impoverished areas of the city. Everyone knows about the musical history and the legend of Beale Street, but despite the poverty and reruns on the “First 48” crime show, there are other good things that come out of Memphis. 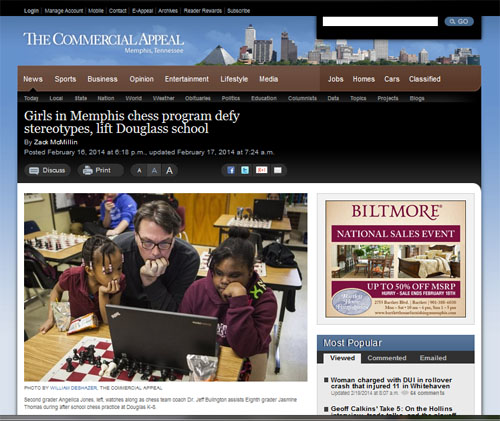 Dr. Jeff Bulington runs the chess program at Douglass and has groomed a number of players for success. A fourth generation student at Douglass, Jasmine Thomas a 12-year old student who has excelled despite the odds. Her mother Stephanie Thomas noticed a tremendous improvement in her daughter’s academic performance after taking up chess. According to Zack McMillin’s article in the Commercial Appeal, Ms. Thomas stated, “Her grades weren’t looking too pretty, but when she started playing chess, it was a big improvement. Now she’s in the Honor Society.” 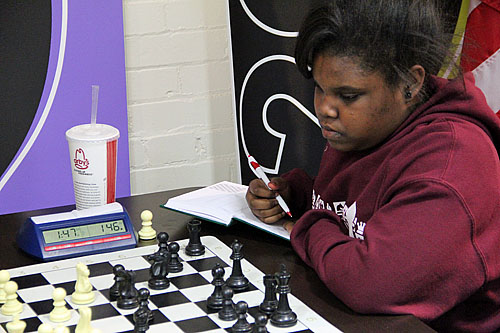 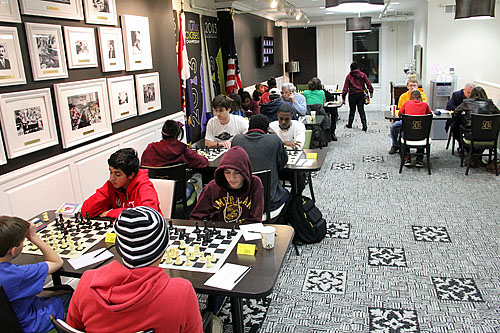 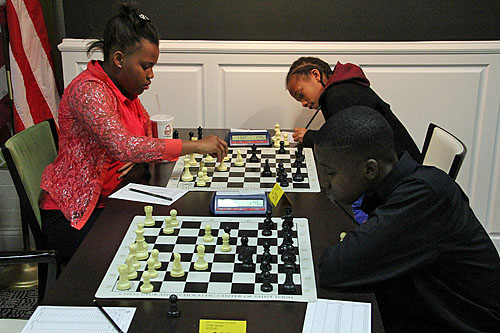 Bulington has received support from the school and its principal Lionel Cable, but in these situations, programs only survive through the beneficence of a selfless coach. Bulington told The Chess Drum back in November that it’s a challenge, but relishes in the task. The Chess Drum audience may remember that Dr. Bulington lead Memphis’ Oakhaven Elementary to a national championship in 2003.

The school garnered headlines after getting a $14,000 donation from Lennox Lewis, former heavyweight boxing champion. Unfortunately, the program did not survive after Dr. Bulington left for Purdue to work in his Ph.D. in Education. After his completion, he returned to Memphis and moved to Lester School where he ran a chess-in-schools program for two years before taking over the program at Douglass.

Along with Jasmine, he groomed a cadre of students including Shimera Paxton and Cristy Thomas (no relation to Jasmine) and other high-achieving students at Douglass. Shimera has a brother Emmanuel Paxton to sharpen herself on and in January, won the city championship (junior division). However, both Jasmine and Shimera sharpen each other. 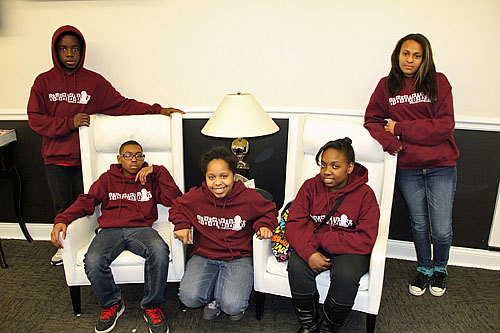 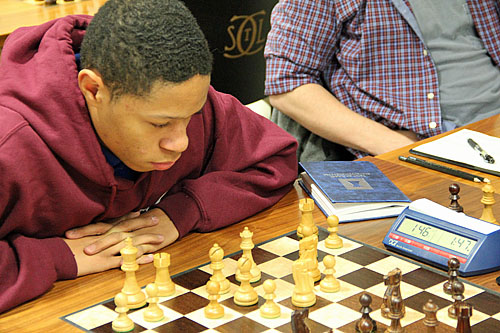 Emmanuel Paxton at the 2013 Thanksgiving Open.
Photos by Daaim Shabazz.

Ashley: Why should Chess exist at all?