With the match building up to an exciting crescendo, this game actually started out with a rather speculative opening. It continues a trend of fighting chess.

Carlsen played some common ideas, but uncorked 10.Qd3!?TN Commentators wondered the purpose, but apparently white had an idea to deter black’s castling. Carlsen was able to castle queenside ensuring an imbalanced struggle.

Many GMs did not like Carlsen’s opening choice, but after the queens came off he wanted to exploit a space advantage to keep Anand’s bishop pair stifled. Anand’s play got some quizzical comments. Nakamura hinted at the age gap being a factor.

Good win for Carlsen. Sadly, this game highlights why chess is getting harder and harder to play as you get older.

Is that so? Anand’s generation has dominated chess in the last decade with the likes of Boris Gelfand, Vassily Ivanchuk, Veselin Topalov and Vladimir Kramnik. Perhaps Anand’s daily 10-kilometer runs will help him go the distance, but the young bucks weren’t convinced about the spirit of play from the World Champion.

Anand plays again passively for a draw, dismissing any chances to get double edged game. May still hold though, why not. #FWCM2013

Yesterday Anand held on by a thread and only precise play would save him in this game. In fact, it appeared that black would hold the game despite a pawn deficit. His pieces started gaining activity after 34…Rd4 which Anand called a mistake. It actually appeared that black had gained some activity. In fact, Carlsen thought he may be worse after this move. Black continued to press with 36…Rb5. 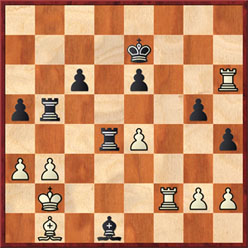 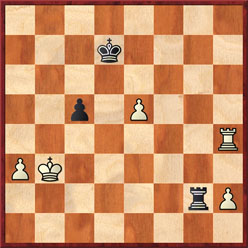 In a rook and pawn ending, the strong side has to stop his opponent from getting theoretically drawn positions. There was one idea that black could be down two pawns (a- and h-pawn) and still draw. The appeared to be headed there, but Carlsen played some textbook moves to obtain a winning position. His 54.Kh7! sealed the deal in preventing the black king from reaching a8.

Looks of the players tell it all…

… it was a glum day for India and good day for Europe.
Photos by JM Mahesh.

Carlsen was in a very good mood in the press conference while Norwegians were wildly celebrating. While the world’s number one player was basking in his success, the World Champion and home favorite was nervously chewing gum and appeared a bit irritated by the questions. His answers were laconic and a bit snippy at times. This has been the trend with the substandard questions asked at the press conferences by journalists.

Anand will have white two games in a row, but far too much is being made on the color issue. Commentators (including GMs) are making very simplistic judgments while black has proven that it can press for advantage. Tomorrow is a key game since Anand had fallen behind 1-0 against both Topalov and Gelfand only to win the next game.