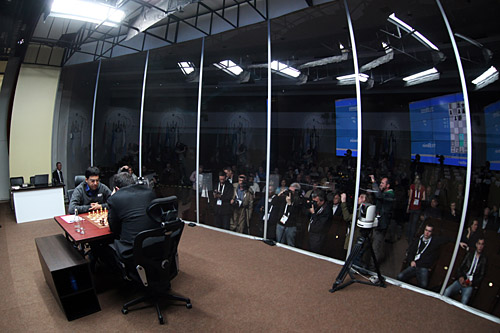 Game three was certainly a crowd pleaser! After complaints of the first two games, this game showed that the “feeling out” process is over. Photo by Alexey Yushenkov.

After weathering the storm of Boris Gelfand’s assault, World Champion Viswanathan Anand was pressing for the win with his extra pawn. Unfortunately, the champion was bitten by the time pressure bug and he missed his opportunity.

Gelfand clearly came out of the gate well-prepared with his Grunfeld. Anand castled queenside after opening the h-file, so the game was certainly going to be a fight. The challenger played very actively and after 18…Qa5 his pieces were fully mobilized. He then sacrificed a pawn for positional pressure and maintained it after 23…Rfc5 (diagram 1). On the webcast, Anand looked a bit uncomfortable and both were sneaking glances at the other trying to get some hints. 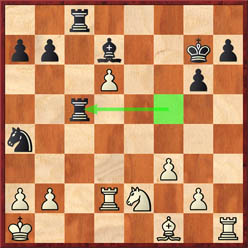 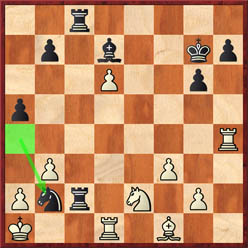 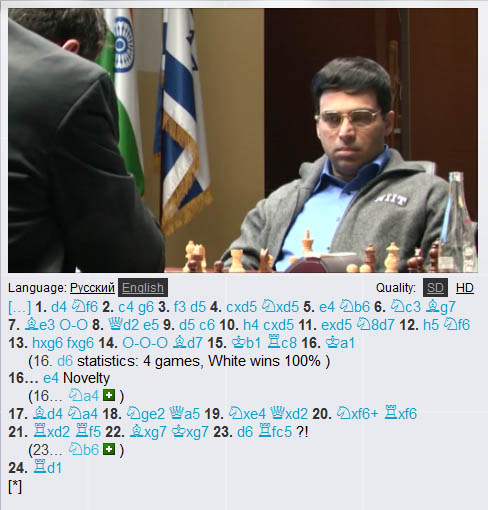 Viswanathan Anand appeared a bit worried as Boris Gelfand was pressing.
Photo from screenshot at https://moscow2012.fide.com/en/. 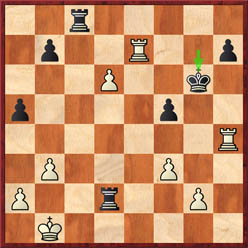 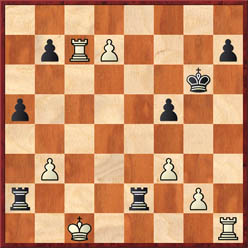 In an interview with Chessvibes, Nigel Short called the match a “damp squib” after round two, but it is certain that he perked up on this one!