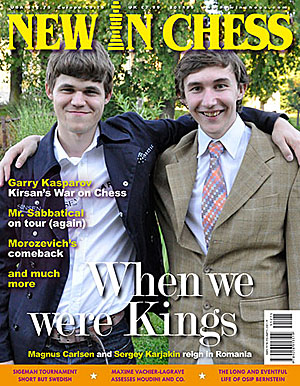 The recent cover of New in Chess shows the changing of the guard as both Magnus Carlsen and Sergey Karjakin are featured. The two are the most prominent “prodigies with Carlsen being the top-rated players and Karjakin still the record-holder of making Grandmaster (12 years, 7 months).

The new issue has some interesting articles including coverage of the Kings Tournament in Romania which featured not only Carlsen and Karjakin (co-winners), but two other prodigies in Hikaru Nakamura and Teimour Radjabov. Liviu-Dieter Nisipeanu and Vassily Ivanchuk rounded out the field. 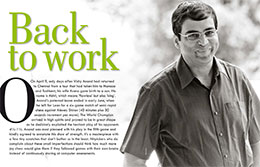 There was a nice article about Viswanathan Anand, the first since becoming a father to Akhil. He played a match against Alexi Shirov winning handily 4.5-1.5. The article took an indepth look at an instructive game int he Caro-Kann. There was an article on the 1953 Zurich Candidates, the subject upon which David Bronstein set a standard for tournament books. It is still a favorite of many.

Nigel Short wrote a rather interesting article titled, “In and Out of Africa” about his experience in Africa. The article featured his trips to Angola (Taca Cuca International), South Africa (Commonwealth Championship) and Nigeria (simul). He ended with a rather scathing attack on FIDE and its neglect of Africa. Of course Short has held this line since helping Bessel Kok run a counter-Kirsan campaign.

He echoed these sentiments in assisting Anatoly Karpov. Both campaigns failed to unseat Kirsan Ilyumzhinov. The Chess Drum covered these events as well where Short posted a stinging rebuke. It was an interesting way to conclude an article, but the point was that more should be done to bring Africa into the larger community. 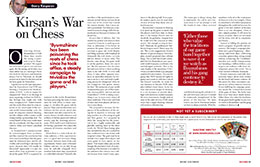 Not to be outdone, Garry Kasparov wrote a tome concerning Ilyumzhinov’s “poisoning the roots of chess”. Kasparov teamed with Karpov to unseat Ilyumzhinov in a combination some felt made strange bedfellows. Kasprov railed against FIDE management and listed a number of FIDE’s initiatives.

Ilymumzhinov has been poisoning chess since he took office, a steady campaign to trivialize the game and its players. Times controls shortened, zero tolerance for late arrival, math play eliminated, host sites remove to obscurity, dozens of wild initiatives and millions of dollars promised without results, and the crowning achievement, FIDE itself is now best known for having a president who enjoys the company of dictators, madmen and aliens.

Perhaps the most biting comment was “Ilyumzhinov’s response to cheating is to speed up the game so much that the players won’t have time to cheat, akin to the famous French cure for dandruff, the guillotine.” Alas, Kasparov’s campaign to “save classical chess” has not ended! 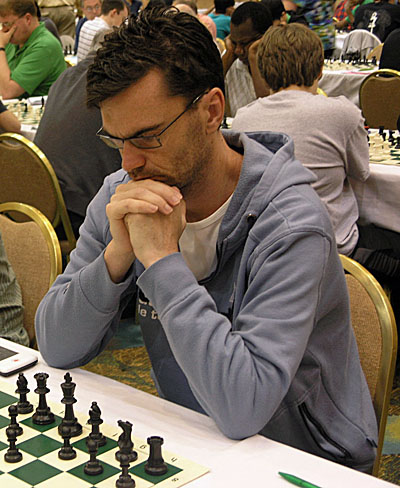 Loek Van Wely wrote a piece on his American tour of open tournaments. He wrote about his “sabbatical” in Las Vegas’ National Open and the famous World Open. Van Wely is spending quite a bit of time playing poker and of course, Vegas is an ideal locale. What the article did not cover was his appearances at the Curacao Open and U.S. Open in Orlando. Interesting self-deprecation in the article.

Speaking of which… Wesley So’s interview in “Just Checking” shows an affable person with a free-spirited mind. Not sure why he feels that the 2050 World Champion will “probably not be a Filipino”! The balance of power may be pointing to Asia at this time.