Jerald Times has seen a lot in his chess career, but perhaps nothing could be more fulfilling than his current post in South Africa. Times was ask to join David MacNulty’s “Moves for Life” chess initiative in South African and has been keeping a catalog of events since beginning his stint.

In his first essay, Times discusses South African chess as consisting of two movements… the club movement and then the scholastic chess movement. In many countries the latter is more vibrant. Times provided details of the Johannesburg National Schools Championships. He discussed in detail the 11-day event and gave insight as to how his students were faring even taking note of the performance of his students from Guguletu. Here is some insight he gave:

Having been in Johannesburg for 11 straight days I realized that I have two challenges with team Guguletu. First is the Xhosa language. I will have to devise a plan (besides learning a little Xhosa) to teach them the more subtle concepts of chess that are abstract but necessary for a player’s growth. For example, intermezzo, zugzwang and tempo are all critical concepts to grasp.

He continues his analysis of the South African chess landscape by mentioning some of the barriers faced in developing a successful training program. It is clear that Times has a major challenge, but having coached teams to six U.S. national championships, it is a challenge that he will gladly tackle.

Let it be said that Times is thoroughly enjoying his experience and has taken some shots of the country’s idyllic scenery. He also plans to visit Kenya to climb Mount Kilimanjaro. This climb is both a literal and figurative example of the work he will do this year to develop chess in the Western province of South Africa. Let us wish him well on his journey! 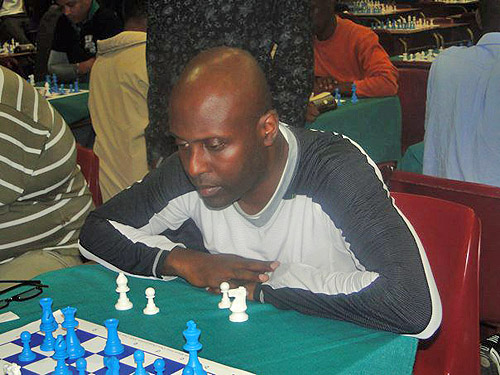