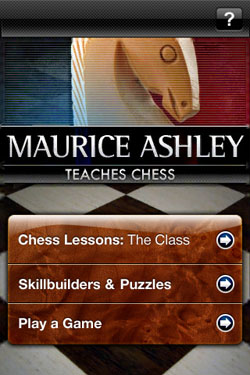 The application has 20 lessons catered to beginning players, but also has some useful exercises for stronger players to sharpen visualization skills, one of which is his patented “pawn mower” exercise. There are 160 puzzles from easy to difficult and a chess engine for playing at three levels.